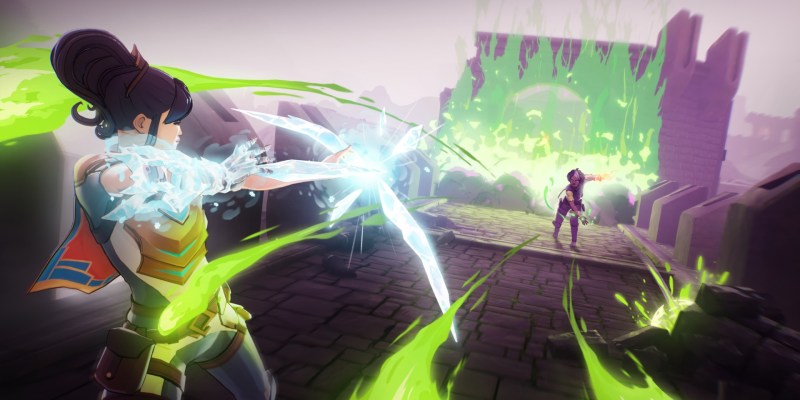 Battles in Spellbreak are fast-paced, chaotic, and often on multiple levels of terrain or in the air. At first, it can be a bit overwhelming and you may not even know why you’re losing fights. As with all things, time will help you get to grips with the thoroughly enjoyable combat system. But, let me save you some time with Spellbreak tips to help you win more fights.

A key part of winning battles in Spellbreak relates to your ability to aim. That’s something you’re going to need to work on yourself. This guide will focus on Spellbreak mechanics and decision making to help you win fights. 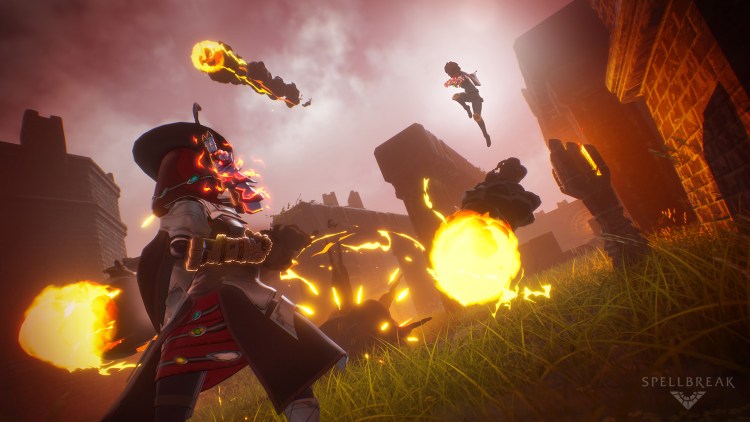 I use my Wind Shear as I’m closing in and then execute him with one Toxic attack.

Fighting outside of your Gauntlet’s effective range will make your battles a lot harder than they need to be, because of damage drop off and the added difficulty when aiming projectiles. In Spellbreak, if you want to win more fights, knowing your effective range is the most important thing to remember.

Equally important to knowing your own range is knowing the range your opponent will be effective at. Try to identify their Gauntlets as quickly as possible. Once you do this, you can act accordingly.

If your opponent is sniping you with Ice Lance, close the distance quickly. If your opponent has a Stone Gauntlet, take to the sky or look for cliffs and buildings to fight around. Ideally, you want to be the one dictating the location of your battles.

Nothing will get you killed faster than fighting in an area that suits your enemy and not you. Wide-open spaces will suit Stone and Frost Gauntlets. Wind and Toxic Gauntlets will excel in areas with buildings or tight spaces. The Fire and Lightning Gauntlets can battle in either area, but not as well as the Gauntlets that thrive there. 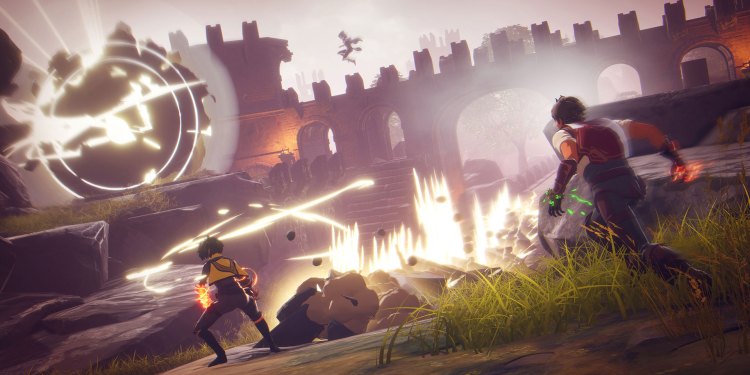 By this, I don’t mean whisper sweet nothings to them – although you can if you like. What I mean is that you should pick a secondary Gauntlet that complements your first one. You can check out my guide for the best Gauntlet combinations here. Basically, you need to pick a secondary that compensates for your primary Gauntlet’s weaknesses. If you’re playing a long-range class, get a close-range Gauntlet and vice versa.

Honestly, I almost always run a Toxic Gauntlet. It offers big damage at close range, plus its ability to keep the pressure on enemies up close and eat away armor is very strong. If you want to win more fights in Spellbreak, practice your close-range aim with the Toxic Gauntlet’s primary.

A lot of players I battle against undervalue their Sorceries. These abilities can be an additional source of damage, a defensive move, and a way to lock down your opponent. You should try to use them in fights whenever they are off cooldown, but not if you won’t benefit from them.

The first thing to do is focus on aiming your Sorceries better. This applies particularly to Lightning Strike, Boulderfall, Flamewall, and Toxic Cloud. If you toss a Boulderfall at an enemy and it misses, that’s up to 50 damage you’ve wasted. Take the extra moment you need to predict your enemy’s movement and ensure you land your Sorcery. Sometimes it’s worth waiting for them to expend all of their mana, then you can be sure they will be on the ground and vulnerable to your Sorcery.

Likewise, don’t panic cast defensive abilities. If you cast your Flash Freeze without purpose, you’ve wasted an ability that can block projectiles and freeze your enemy. The same applies to Tornado. It can be used to prevent projectiles from hitting you and keep your enemy from flying away. Use it accordingly.

Play to the strength of your Talents

The Talents you choose in Spellbreak have a big impact on your playstyle in a match. For instance, if you use Recovery as your Spirit Talent, you don’t need to disengage to heal when you run out of armor, because you will heal for half the damage you take to your health. Conversely, if you use Thirsty as your Spirit Talent, you should look for moments in fights to quickly get off Armor Shards to keep your armor regenerating.

I like to run Scavenging as my Body Talent. Every time you exile an enemy, you get health and armor back. This allows me to play more aggressively and not stop to heal mid-fight. If I can secure an exile, it’s as good as stopping to heal both my health and armor.

I run Scavenging, so I don’t need to stop to heal. It allows me to finish enemies instead.

In a similar vein to being conscious of your Talents, you should also be aware of your Class’s level upgrades. At level three, a Toxicologist can hit for 75% more damage with Toxic Spray from invisibility. Knowing that, you should constantly try to get invisible and jump opponents. On level four, a Conduit’s Lightning Strike will hit five times. That’s 100 potential damage that also prevents enemies from using their abilities. Always take the time to check what bonus powers you will get as the match goes on.

The floor is lava

In Spellbreak, if you want to win more fights, you need to get off the ground. The easiest players to kill are the ones who try to dodge and shoot on the ground. You need to learn to manage your mana so that you can fly and fight at the same time. Be mindful of your terrain. When you leave the ground, you should have a rough idea of where you want to land. Runes like Dash and Springstep help with this a lot. I highly recommend you get good at using these two Runes. 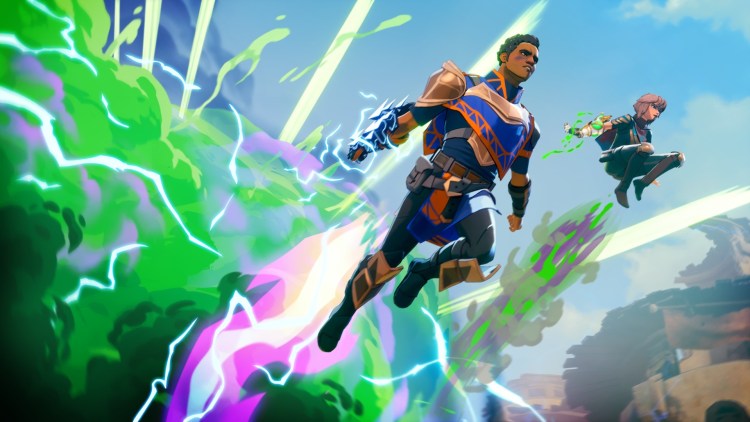 As much as we would all like to be the ultimate battlemage that destroys anything in its path, you can’t. Some fights are not winnable. It’s better to run and fight another day. You can use some of the tips above to identify if you’re in a losing fight. Alternatively, if you feel like you’re on the backfoot, just turn and run.

The only thing to remember when fleeing is that you should try to look behind you as much as possible. That way you can fire at your enemy, use Sorceries to hinder them, and avoid their incoming attacks.

There’s quite a lot to take in, but you can work on the tips one at a time. Eventually, they will become instinctive to you and you will barely have to think about them. There are plenty more Spellbreak guides that will help you win more fights on our guides and features hub. So, be sure to check it out.