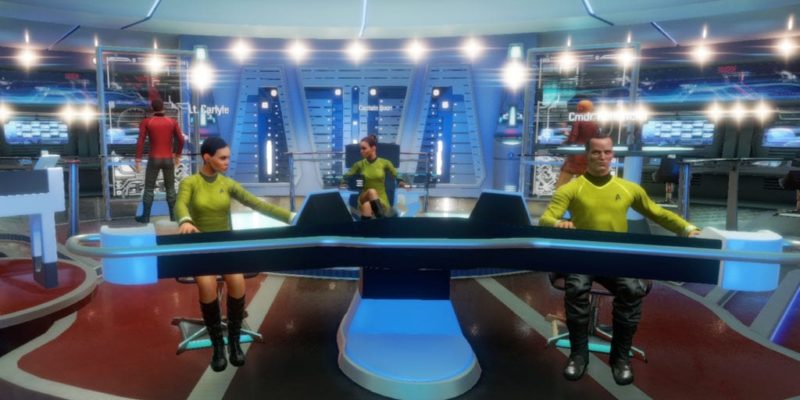 Ubisoft’s first foray into the world of VR was Eagle Flight which appeared on the Oculus Rift first but now they are moving to launch on all platforms simultaneously.

Eagle Flight is available on 20 December for the HTC Vive and the upcoming Werewolves Within and Star Trek Bridge Crew will launch on all platforms at the same time.

“Making our VR titles cross-platform has been a goal of ours from the start and we’re happy to announce that Eagle Flight, Werewolves Within, and Star Trek: Bridge Crew will be playable cross-platform on PSVR, Oculus Rift, and HTC Vive,” said David Votypka, senior creative director at Red Storm. “Our games feature a strong multiplayer experiences, so letting friends play together regardless of which headset they own will enhance the social nature of our games and let them be played the way we envisioned.”

Werewolves Within, which is their multiplayer find the werewolf game, will be released on 6 December but Star Trek Bridge Crew has slipped into 2017, 14 March to be precise.

It;s great to see Ubisoft adopt this release strategy for VR because the market is still small and the more players that have access on release the better.