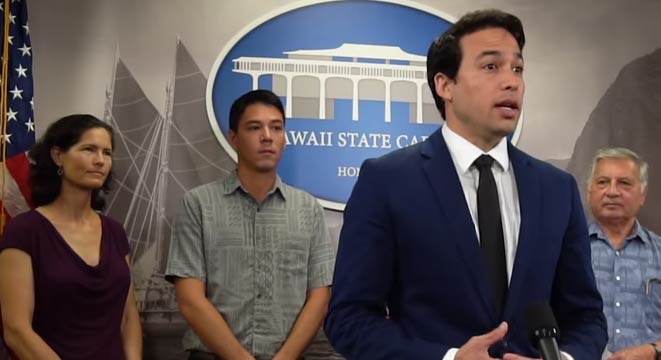 The loot box debate rages on and it’s been taken up by the state of Hawaii which held a press conference addressing Star Wars Battlefront 2 today.

Democrat representative Chris Lee took to the podium specifically singling out Star Wars Battlefront 2 which he described as an “online casino specifically designed to lure kids into spending money.” He brilliantly added, “It’s a trap!”

Lee said they needed to “protect kids who are underage, not psychologically or emotionally mature enough to be able to gamble which is why gambling is prohibited under 21.” He mentioned that they would look at legislation to prohibit the sale of these games to anyone who is underage as well as “prohibiting different kinds of mechanisms in those games”.

Lee was also joined by State Representative Sean Quinlan. Quinlan said that Star Wars Battlefront 2 has the most popular IP in the world attached to it and it’s marketed squarely as children.  He added, “we shouldn’t allow Star Wars to encourage your kids to gamble.”

A mother, minister, and gamer chipped in with their thoughts on gambling and how it gambling in games is an “equal danger.” The gamer said this latest release from EA is “the tipping point”.

Could this be the first step in putting a stop to loot box gambling? The events of last week’s Star Wars Battlefront 2 release are also being looked at in Europe with Belgium now seeking a ban and this press conference indicates the US could be starting to wake up to the problem.

Belgium will push for loot box gambling ban in Europe