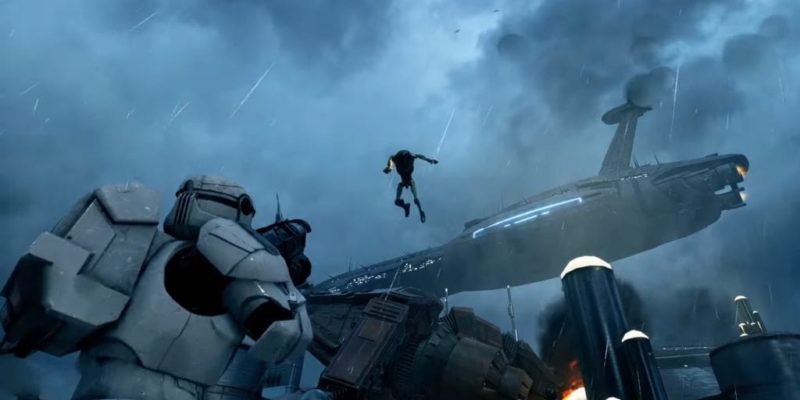 It’s no secret that Star Wars Battlefront 2 had a rocky launch back in 2017. However, the Dice product has been received quite well post-launch, selling over 10 million copies worldwide. This success is in part due to major free content drops such as the Resurrection expansion. Despite being two years old, EA has announced Battlefront 2 will be receiving yet another major update, adding two new single-player modes and multiplayer content.

There is no try

With the release of Star Wars Jedi: Fallen Order on the horizon, this update might be one of the last we see coming to Battlefront 2, and EA is going out with a bang.

While the official Battlefront 2 roadmap showcases everything fans can look forward to for the rest of 2019, EA’s most recent video on the update gives us much more insight on what we can expect, including detailed footage of the new planet — Felucia.

Felucia hails straight out of the Clone Wars and features beautifully detailed marshes complete with destructible environmental hazards around every turn. In the beautiful but dangerous world, clones are launching a massive attack against the Separatist Army and have brought some heavy firepower to the battle with the new Clone Commando reinforcement.

The Clone Commando is well suited to take on tougher foes and features a hybrid blaster/grenade launcher, a “Repulsor Blast” that sends enemies flying, and “Battle Focus,” which reduces damage to Clone Commando as well as his allies.

Both Felucia and the Clone Commando are welcome additions from the beloved Star Wars: Clone Wars television series.

While you won’t find any Han Solo-themed choreography sections in Battlefront 2, there are new single-player features headed its way.

First, there’s “Instant Action,” a game mode where solo players will challenge waves of enemy bots to take over command posts. The objective of the mode appears to be to take over the majority of the map’s command posts to gain reinforcements and defeat the enemy team, much in the same vein as Battlefront 2‘s “Capital Supremacy” multiplayer mode.

The player will be able to customize different game modifiers including the following:

They appear to provide an experience quite similar to that of multiplayer. You can check out some “Instant Action” gameplay here:

On the cooperative side of things, Battlefront 2 will be adding a 4-player cooperative mode where players will be able to team up for “large-scale PvE adventures” across all the Clone Wars planets in the game.

Additionally, in October players will be able to choose their faction in a series of attack and defend scenarios that vary depending on the planet. Which side will you choose?

You can experience everything this update has to offer in Star Wars Battlefront 2 exclusively on Origin.