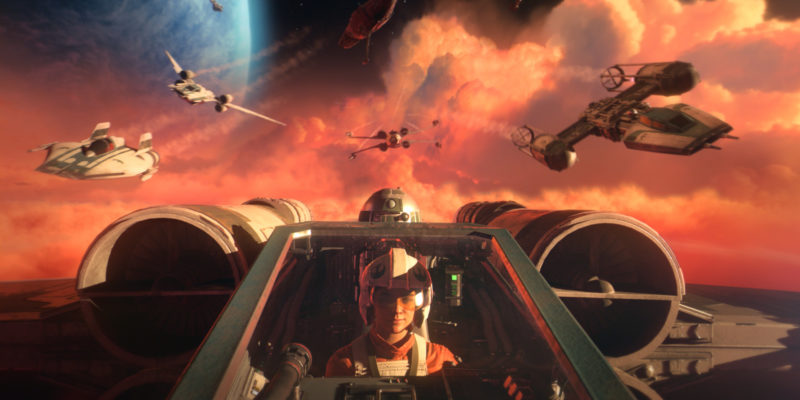 It wasn’t clear as to how much Electronic Arts would support Star Wars: Squadrons past launch. Unlike many of EA’s other titles, Squadrons didn’t have a roadmap or future content plans outlined as part of future DLC or other content plans. To the surprise of many pilots across the galaxy, Motive Studios and EA have confirmed new content is coming to Star Wars: Squadrons starting this month on November 25.

It seems as though the move to develop new content for Star Wars: Squadrons started with the community surrounding the game. The content will come in the form of two updates, one releasing this month and the other in December. The November Update 3.0 will bring with it a number of “fixes, balancing changes, and tuning.” However, details regarding the specific patch fixes haven’t been detailed. But, the full notes will be provided at a later time. One thing made clear, though, is the release of a new map, Fostar Haven, from the game’s prologue. The map will be available in Fleet Battles and also Dogfights.

In Star Wars: Squadrons, there are a number of different items to manage in your ship. These pertain to rockets, boost, and shields among others. The November update will add new components to ships, such as Fighters and Bombers receiving the ability to add Boost Extension Kits. The kit will deliver a full boost to your ship, but it does have a recharge time attached to it for balance. Aside from boost, there will be new Prototype Piercing Torpedoes. These have the ability to skirt through capital ship shields, offering a new twist in Fleet Battles, as they can penetrate and cause damage prior to the shield system being taken down. 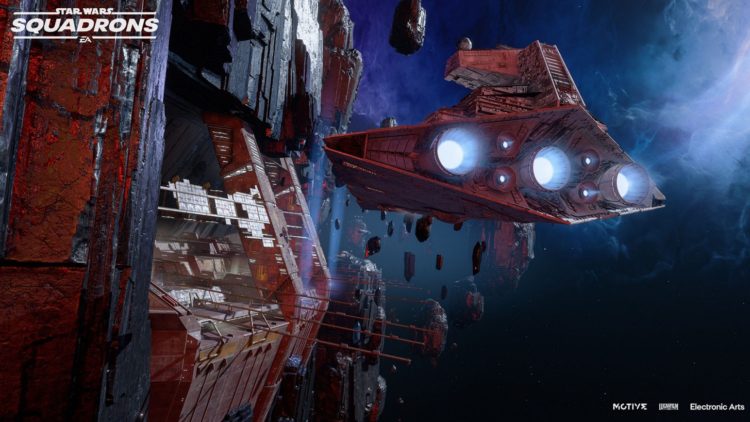 Interceptors and Fighters, on the other hand, will get some more firepower with the addition of Ion Rockets. This varies from the Barrage Rockets currently available. These aren’t necessarily primary weaponry, as they’re only half the speed of regular rockets and can be used with other components. Lastly, U-wings and TIE Reapers will gain Anti-Material Rocket Turrets. The gunner doesn’t target enemies per se. Instead, it can take out flagship subsystems (shields) and fire upon capital ships.

A December to remember

The last update noted in the Star Wars: Squadrons blog post outlines content plans for the month of December. Nothing says peace on Earth like two new starfighters, right? As a “thank you” of sorts to the fans, the development team decided to deliver two new ships to Star Wars: Squadrons, those being the B-Wing fighter and TIE Defender. 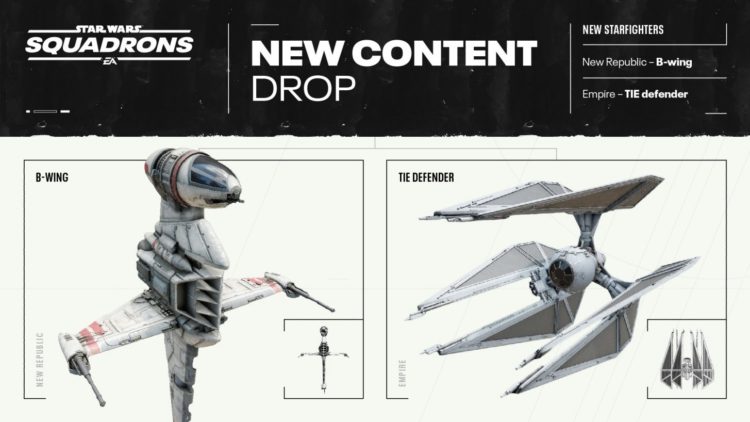 The December update will also include additional bug fixes, which will complete Update 4.0. Much like Update 3.0, this December update will come with a full list of fixes when the notes release. One of the items noted in the update briefing is the acknowledgment for custom matches. This has been placed as a high priority item, with the development stating, “Custom matches are at the top of that list. Another highly requested feature, custom matches allow two teams of one to five pilots to play against each other on any of the multiplayer maps.” Players will have access to certain “restrictions” when creating these matches to balance cross-play matches with console and PC.

Star Wars: Squadrons is now available. To read our thoughts on the game, check out the full review here.