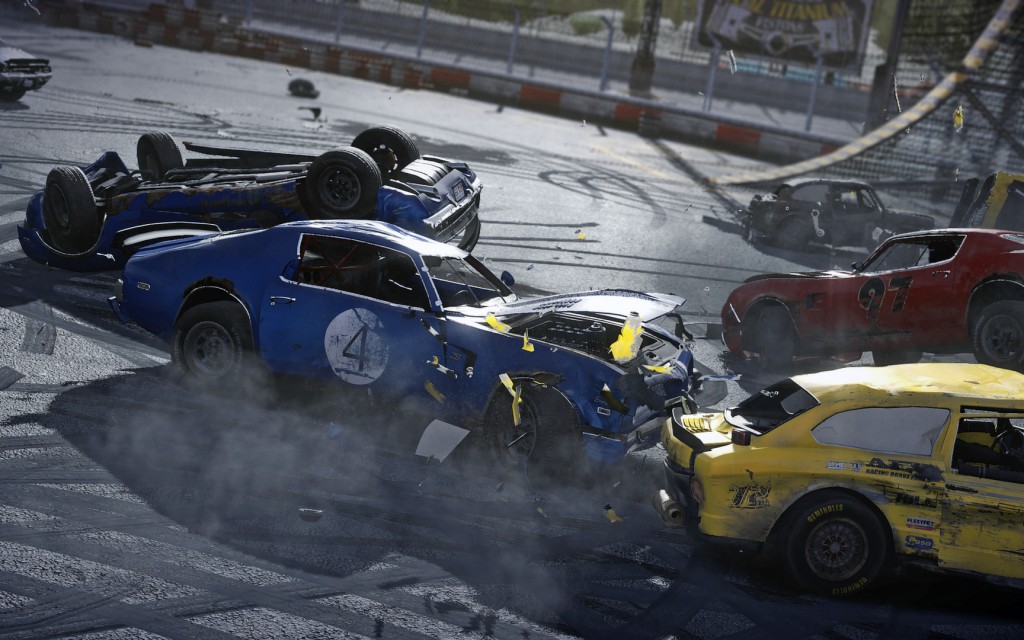 This is actually Next Car Game / Wreckfest, but it looks quite a lot like me playing GRID Autosport. Both of which are on sale today!

It’s Black Friday, which means there are sales everywhere – but for Steam, it’s just another day in their Exploration Sale.

There’s only one way I can start this off: Dark Souls: Prepare to Die Edition is £4.99. I know, I know! You already own it! I have no choice but to point this out, though, because if I don’t Peter will stab me in the back and then do that bloody WELL WHAT IS IT gesture.

He might also be displeased if I don’t mention Europa Universalis 4 at £8.74 or The Banner Saga at £3.74, and he’d possibly want me to mention State of Decay at £3.74 or Endless Legend at £13.49, but I’m not so sure about those. I’ll do it anyway just to avoid arousing his ire, though.

For my part, I’d like to mention that Batman: Arkham Origins is £3.74 and Assassin’s Creed 4: Black Flag is £9.99. The latter is still relatively pricey but it’s also a much safer bet than Assassin’s Creed Unity, and the former isn’t a great game but is still worth that low price of admission. Bugbear’s Next Car Game/Wreckfest is £11.49, too, which is the one thing on sale that’s tickled my fancy today.

Two more things I want to specifically mention. GRID Autosport is 66% off, dropping it to £8.49; as I recall Peter thought it was a middle-of-the-road attempt to appease both simulator fans and those who love arcade racers, but it’s notable for being this low despite only coming out in June. Finally, I want to mention Euro Truck Simulator 2, because Paul bought it on Steam yesterday despite my continual warnings to wait for the daily deals. It’s £2.24 now! I have no idea how much it was yesterday, but, y’know. Savings.

If any of those (or Mortal Kombat: Komplete Edition, Darksiders 2, the rather fun Democracy 3, Chivalry: Medieval Warfare, or a whole bunch of others) tickle your fancy then head on over to Steam. If you want something that’s not on the daily list? Wait for the daily deals before buying.