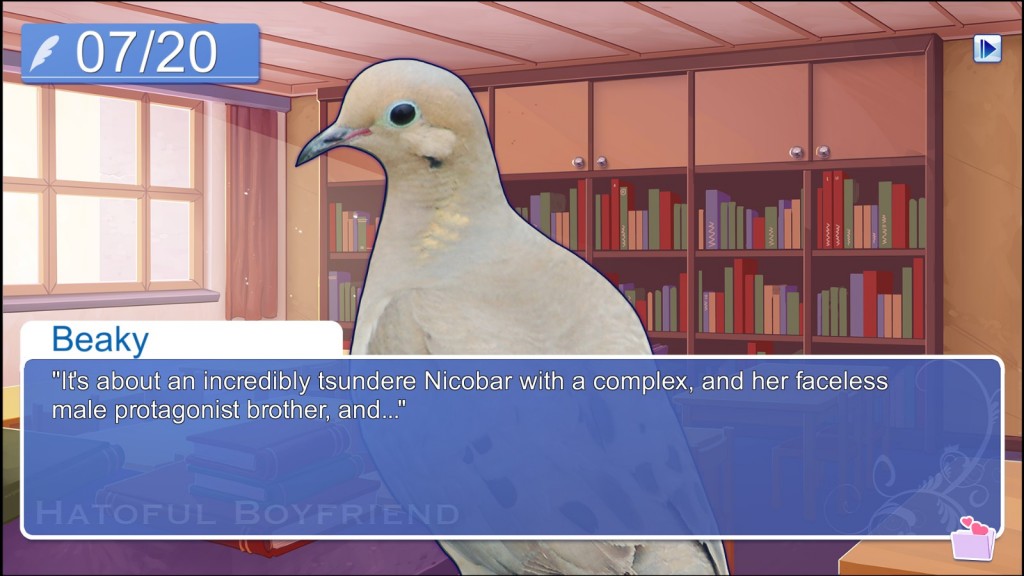 Steam concocts a new excuse to have a weekend sale, and asks the important question “can you ever have too many PC anime games“? The answer is … probably, yes. But you can never have too many pigeon dating sims.

Hatoful Boyfriend, featuring the winner of IncGamers’ coveted “Creepiest NPC Laugh of 2014” award, Dr. Shuu Iwamine, is 40% for the next few days. No other game will provide quite the same insight into bird romance and weird medical conspiracies.

While we’re on the topic of Alt. Award winners, IncGamers’ “Best Game That Is Inexplicably Not Total Shit” (The Legend of Korra) is reduced by 34%. To explain that title a little bit; it’s a licensed game based on a TV show and published by Activision. Naturally, we feared the worst.

Turns out it’s alright. Not a Platinum classic or anything, but alright.

Long Live the Queen (50% off) is pretty good too. Sort of like a Political Assassination Dodging Sim combined with a visual novel about being a young lady learning how to be a good ruler.

I’m pretty sure I remember Tim saying nice things about The Legend of Heroes: Trails in the Sky (30% off) on one of our prior podcasts, so there’s a further vague recommendation for you. The most recent Naruto games are in the sale list too, if that’s your thing.

The hot hot anime deals will run until 12 January at 10am Pacific Time.