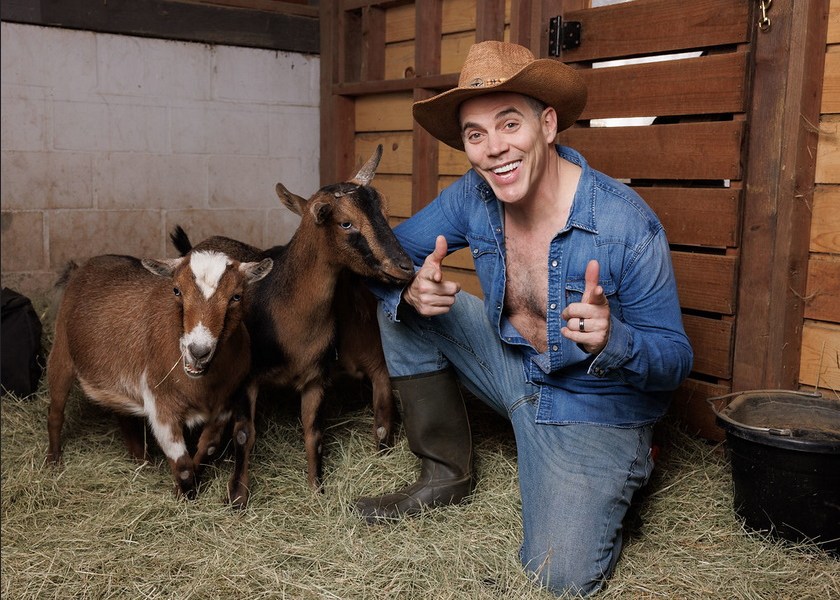 The world has received countless video game adaptations over the years, both of the sensible and of the utterly baffling variety. But even after the releases of some truly questionable adaptations, like 2020’s Monster Hunter film, little did we know that what may be the most cursed idea for an adaptation had yet to come. Do you remember Goat Simulator, the intentionally janky “meme” game that made a huge splash back in 2014? Well, developer Coffee Stain recently announced that Steve-O, the renowned stuntman and Jackass actor, plans to make, of all things, a movie musical based on Goat Simulator.

According to a press release, this new project, dubbed Goat Simulator: The Musical Motion Picture, will serve as  Steve-O’s directorial debut. A whole host of celebrities, including Nick Frost, James Buckley, and Tom Felton, have already auditioned for roles in the film. More people can audition as part of an open casting call the production team will hold on TikTok starting tomorrow. Coffee Stain will reveal more details on the auditioning process on its social media platforms.

Is there a story for the film?

Although the film remains in early production, the team has already laid out its premise. It will star Pilgor, the protagonist of the game, who has a “curse” that causes disastrous events to occur around them. They decide to pursue fame in Hollywood, but the process of doing so will inadvertently involve running into alien abductions, ghosts, squirrel mafias, and more thanks to said curse.

The idea of a Goat Simulator musical sounds like a bizarre way to cash in on an old trend, but for all we know, it could end up a comedic masterpiece. It seems impossible to translate the goofy charm of the game into a feature-length musical and still have it land, but all we can do is wait and see how it turns out.

Vampire: The Masquerade – Bloodhunt will release out of Early Access late April