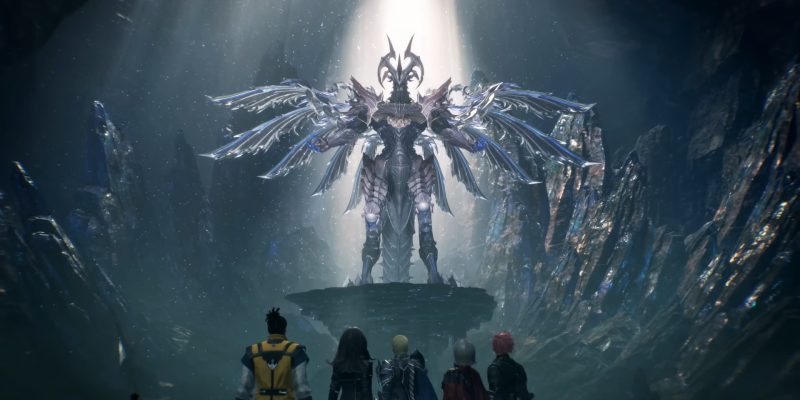 Stranger of Paradise: Final Fantasy Origin‘s previous trailer didn’t show much of the upcoming Trials of the Dragon King DLC. However, the most recent trailer shows off a lot more. Now we’ve got an idea about what to expect from the new jobs, weapon types, and more coming to Stranger of Paradise Trials of the Dragon King. Plus, the trailer shows off more of the story with the Warrior of Light. But beware, the trailer has spoilers for the main story of the game.

First off, the trailer gives us another look at the fight with Bahamut. And, judging from the short clips, it doesn’t look too easy. The iconic summon seems to have plenty of attacks that can catch you off guard. It also seems to be a lot faster than you’d think, so it should make for an interesting fight. We also got another look at the encounter against the Warrior of Light. It doesn’t show too much, but it does look fairly fast-paced. Hopefully, the Warrior of light will be able to put up a good fight.

While the new boss fights and story content look exciting, there’s not much to talk about. However, there’s plenty to cover elsewhere in the trailer. In particular, three new jobs for Stranger of Paradise have been revealed. Pilgrim is a melee-focused job that uses a staff. It looks like it provides plenty of mobility with an attack that has Jack leap towards enemies. Then there’s the Evoker, which can summon spirits that attack enemies independently. And finally, the Summoner lets Jack summon Bahamut and control it in battle. Summoning Bahamut uses up all of Jack’s MP, though, so it’ll be important to use it at the right time.

Beyond new jobs, another addition coming in Stranger of Paradise‘s DLC are the accessories. These seem to function much like they do in other Final Fantasy titles. Jack can equip one to boost various stats that depend on the chosen accessory. The trailer shows off the Cactuar Needle accessory which has various effects. Accessories could end up being very helpful when dealing with tougher enemies.

The new jobs, bosses, and story content coming to Stranger of Paradise look to add a fair bit to the game, and we’ve still got two more DLC expansions in the future with Wanderer of the Rift and Different Future. But before we look too far ahead, the first Trails of the Dragon King DLC for Stranger of Paradise: Final Fantasy Origin releases on July 20.

Activision has set up a publisher page on Steam