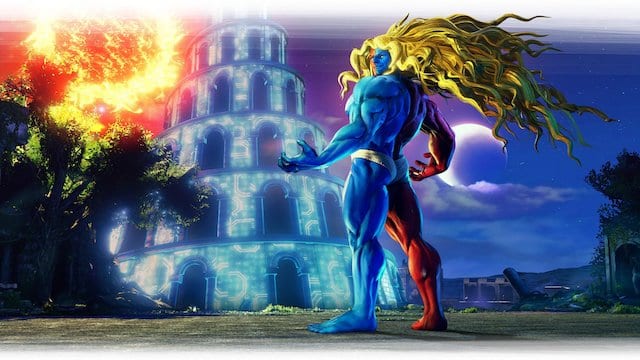 Ready to get back into a fighting mood? Then Street Fighter V has just what you need. Capcom has announced the latest variation of the hit brawling game, called Street Fighter V: Champion Edition. It’s set to debut this February, going for $29.99 by itself or $24.99 for those that own the previous Arcade Edition.

The game features 40 different characters in all, including the return of Street Fighter III boss Gill, featured in the trailer below. He’s still a powerhouse like always, and his finisher is so devastating that you can’t even see what happens to your character.

On top of that, another character will also join the fray upon the game’s release, though their identity is a mystery at the moment.

The game will feature the addition of V-Skill 2 for each character, adding even more moves to the fray. In addition, a new balance update will also be on hand, allowing for smoother fighting between parties. And cross-play will allow PC users to connect against PlayStation 4 owners and vice versa.

Gill will actually arrive in the game before the debut of Champion Edition. He’ll be available for purchase from the menu, either with in-game currency (100,000 Fight Money) or real cash ($5.99).

The trailer below provides a better glimpse of what will be in the package. This includes a sneak peek at the available characters and stages, along with over 200 outfits. It truly is the complete package for this game, especially with the two additional fighters.

It’s true the game has previously seen the Arcade Edition, much as other Street Fighter games have received major updates over time. But it looks like it’ll finally come together into its final form. Expect more footage from the release in the weeks ahead, along with the revealing of the mystery fighter.