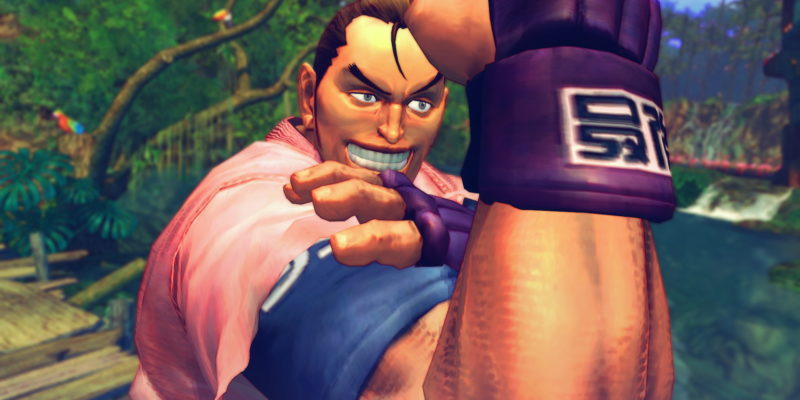 After the Japan Fighting Game Publishers Roundtable last week, it was understandable that Capcom made no big news announcements for Street Fighter V. It was announced before that show that they would be doing their own stream with their planned announcements. Well, that stream just happened, and I honestly don’t know why they waited.

The stream was barely fifteen minutes long and while we did get character announcements, we didn’t get much of anything else. We will go over what was announced, however, and try to make sense of what just happened. The stream was mainly hosted by Takayuki Nakayama and Shuhei Matsumoto, the director, and producer of the game, respectively. Barely two minutes into the stream, they revealed that one of the most requested characters for Street Fighter V, Dan, is finally making an appearance. They showed concept art and some weird, off-screen cam grab footage of a still in development Dan. It was like trying to watch a VHS of a tournament match in 1997. Does Capcom not have OBS in their offices? It was very bizarre.

It was heavily alluded that Dan would be getting some kind of new feature for his signature move, the taunt. Maybe some kind of Street Fighter III: Third Strike type taunt-based buff system? It would make sense. Right after that, Tasty Steve and Vicious announced season three of the Street Fighter League. This time, international competition will be entering the event, making it truly a battle of world warriors. The league is scheduled to return in early 2021. 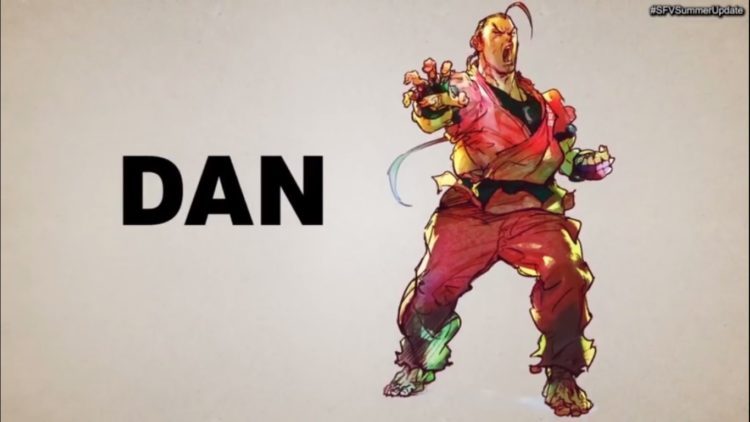 Then we got the much-rumored reveal of Rose from the Street Fighter Alpha series from AEW wrestler and Street Fighter ambassador Kenny Omega. All that was shown, however, was concept art and some shots from Menat’s story mode in Street Fighter V where Rose makes an appearance. Hopefully, her design stays similar to that version, because she looks great in it. But this was the big hint that development for season five is much earlier than we would have thought. No footage of Rose at all was shown. Nakayama did say that they are planning on adding some new moves to her, and that she will also have her own stage. 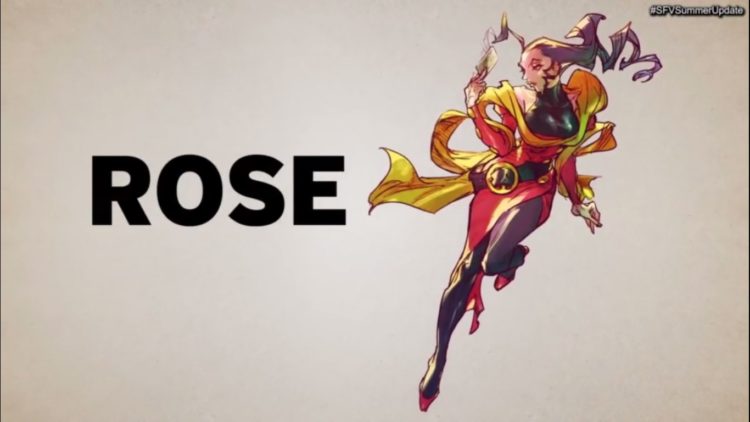 Similarly, we also got the surprising reveal of Oro, the wise turtle hermit, and once master to Ryu. We again saw only concept art and shots from Menat and Dhalsim’s story modes where he makes an appearance. Oro has not been seen since Street Fighter III: Third Strike and is sure to be a cool addition. But it is hard to get excited with nothing to really go on. It was mentioned though that Oro’s tricky movement will be “difficult to implement.” Fans were then directed to his Shadaloo C.R.I. page for some backstory on Oro that will supposedly tie into his involvement in the game’s story. 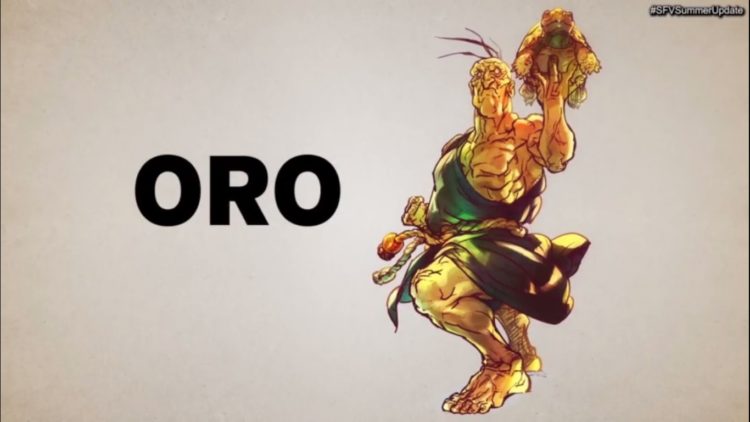 The last character reveal was actually a welcome surprise. Akira Kazama from Rival Schools will be joining the cast, in a move I don’t think anyone saw. We only got to see, again, some concept art for her and some footage from her appearances in past Rival Schools games. Nakayama and Matsumoto went on to say that other characters were considered before ultimately landing on Akira. As she is friends with Sakura, a character already in Street Fighter V, she would fit in more naturally. It was said that the team wants to incorporate something “unique to Rival Schools” in her gameplay, but would not elaborate any further. Akira will also be getting her own stage, presumably from the Rival Schools series. 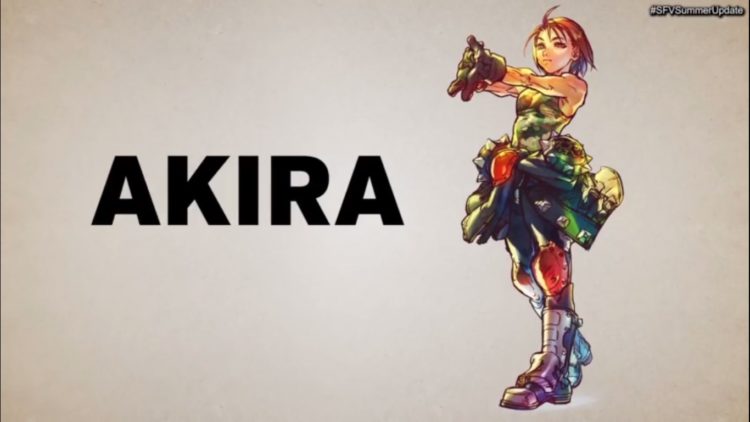 Capcom remembers a Rival Schools character who is not Batsu exists

Lastly, we got a roadmap for season five, showing how far away everything in the season is. The first character for the final season, Dan, won’t be available until winter of this year. The rest of the season then stretches all the way into late 2021, which again, I don’t think anyone was expecting. The final character for season five will be announced sometime later down the line, but no time frame was given for that reveal.

In a follow-up update from Capcom, it was also revealed that 30 new costumes and four new stages are also being planned. This includes the aforementioned a Rose and Akira stages, as well as two new Capcom Pro Tour stages arriving in Winter 2020 and Fall 2021. Most shockingly though is that a new battle mechanic will be available in Winter 2020 as free updates to all players, as well as new battle balance adjustments. For something as huge as an entirely new mechanic, it is bewildering that it wasn’t mentioned at all on the stream. 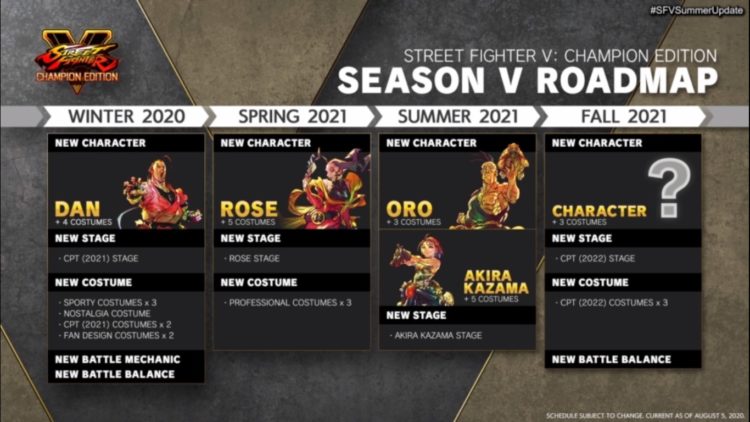 All the hype in the world won’t fix that netcode

There is a free trial for Street Fighter V going on right now that will last for the next two weeks and includes all 40 characters in the roster. In addition, the game is on sale on all platforms. The base version of Street Fighter V, which includes the free Arcade Edition update, is 60% off. Champion Edition is 25% off, and the upgrade to Champion Edition for those that already own Street Fighter V is also 25% off. Nakayama and Matsumoto said they plan to do more of these types of announcements in the future.

While the individual characters announced are all cool and very welcome, it is hard to get too excited. With the first character so far away, and no real look at any of the characters, it is a bit deflating after the initial excitement from their respective reveals. Add to this the crippling issue of netcode in the fighting game community, especially now during a pandemic where all the offline events are no more, and it is understandable to see why. Fighting games were probably the worst prepared for quarantine. So many fighting games have awful netcode, and many developers are seemingly resistant to fixing it, if they even acknowledge the problem it all. All the hype announcements in the world aren’t going to help much when the act of playing these games is becoming increasingly frustrating and difficult.