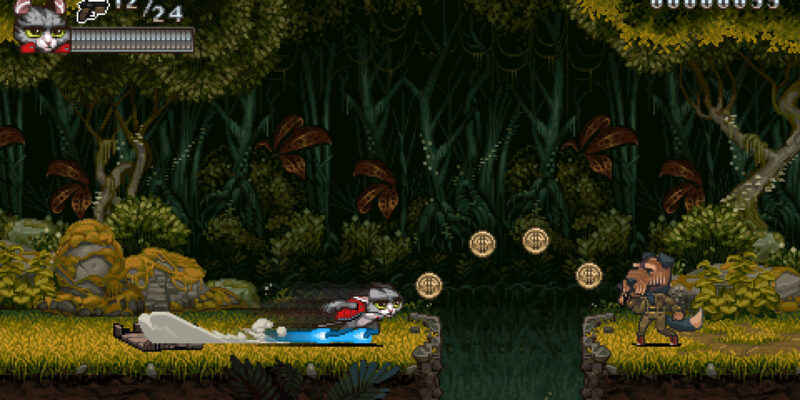 The Steam Next Fest event is officially here, which means players now have an almost overwhelming number of free demos to try out. Fans of most genres will likely find something to latch onto here, and for fans of retro gaming specifically, a game titled Super CatBoy may offer just what they need. This action platformer takes heavy inspiration from the Super Nintendo era to the point where even the trailer sports a grainy filter, as well as some of the most ’90s imagery and music you could think of. Those interested can make their way to the Steam Next Fest for the Super Catboy demo and play it before the event comes to a close.

According to a press release, Super CatBoy stars the titular CatBoy and his sidekick Weapongirl, two heavily armed heroes who aim to defeat “the nefarious Dr. Ungefug.” To do so, the duo must make their way through several varied biomes, which include “icy mountains, dense and dangerous forests, and desolate factories,” and  battle with armies of dog soldiers.

The gameplay of Super CatBoy takes the form of a side scrolling action platformer that sees players dashing through environments and taking down enemies with physical claw swipes, as well as long-range firearms. Interestingly, the Steam page states that the gameplay incorporates mechanics from both the run and gun and beat ’em up genres, so players have a large pool of attack options to choose from. Although the game heavily bases itself on the Super Nintendo era, its pixel art style looks noticeably more advanced than the average Super Nintendo title.

As one would expect, the Steam Next Fest demo for Super CatBoy is completely free to download until the event ends on February 28. Those who wish to look more into the game can check out the official website.

Bethesda is dropping its launcher in May, will move all games and your Wallet to Steam

Cross-play between PC and PlayStation has arrived in Fall Guys