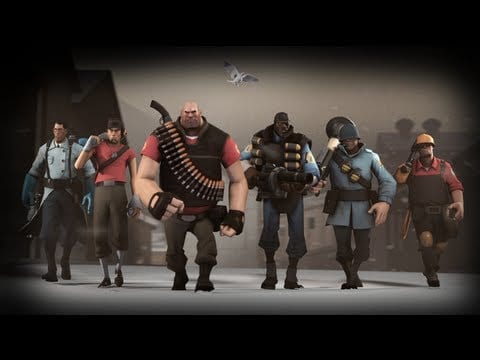 [Update April 23 @12:15 AM EST]: The official Twitter account for Counter-Strike: Global Offensive has addressed the alleged leak. According to the account, the source code being distributed was “limited CS:GO engine code depot released to partners in late 2017.” However, it also doesn’t believe players should “be alarmed or avoid the current builds.” The CS:GO Twitter account continues, saying a team will “continue to investigate the situation and will update news outlets and players if we find anything to prove otherwise.”While that’s certainly good news for CS:GO players, Valve has not mentioned the code for Team Fortress 2.

The source code for both Team Fortress 2 and Counter-Strike: Global Offensive have apparently been leaked online. Respective community leaders for the games are warning players to stay away, closing down servers that still run Team Fortress 2.

The leak was spotted early this morning by Steam Database. Alongside the warning, the account shared a screenshot of the source code torrent, hinting at its validity. The code itself is dated back to 2017 and 2018.

Source code for both CS:GO and TF2 dated 2017/2018 that was made available to Source engine licencees was leaked to the public today. pic.twitter.com/qWEQGbq9Y6

Community members are concerned about the possibility of people using it to create exploits. In a report by TechRadar, Twitter user @HeavyUpdateOut – who is apparently a well-known member of the Team Fortress 2 community – is quoted as warning people not to play the game.

“Do not launch TF2 under any circumstances, Remote Code Execution exploits have already been found,” HeavyUpdate explained, “which means you can receive a virus from simply joining a server with a cheater.” The Team Fortress 2 subreddit is echoing the concern, while also imploring people not to download or share the files.

No news is what news

So far, Valve has been silent on the leaks. Naturally, we don’t have much confirmation that people are using the code for anything nefarious. Nor is it confirmed that the leaked code is even real.

One Twitter user did post a screenshot of an apparent exploit, however — a message that read “Im getting into ur acc rn.” Which sounds about as real as an email phishing scam, yes. Even so, it’s probably best if players stay wary until an official statement is released. It’s better to be safe than sorry at this time. Some Team Fortress communities (Red Sun and Creators.TF) are responding swiftly, though, shutting down servers temporarily.

Hopefully, Valve will address the leaked source code issue today. Millions of people play CS:GO and Team Fortress 2 around the world, so the amount affected by any exploits are cheats can be numerous. We’ll keep you posted if we hear any updates on the leak.