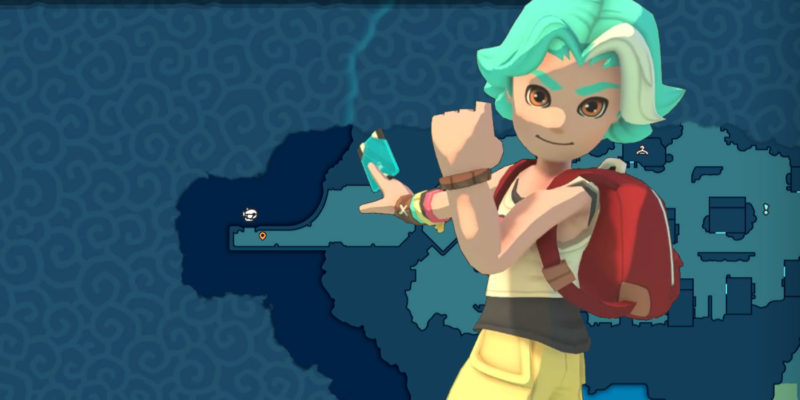 Once you’ve conquered Arissola Dojo, your next big test in Temtem is a battle against your “friend” Max. I say “friend,” because Max sucks and you need to cream them. The battle will go down just before you board the airship for the second island, Omninesia. It is a considerably tougher fight than the one against Sophia, so you’re going to need to prepare your Temtem if you want to beat Max.

Interestingly, Max identifies as non-binary and uses they/them pronouns. It’s going to make this guide harder to read at times, but I respect what Crema is doing and will be using the correct pronouns.

Get your Temtem prepped and pepped to beat Max

I think one of the main reasons people will lose this battle is because they don’t realize it’s about to go down. I was caught unawares on my first playthrough and, I’m ashamed to say, Max destroyed me. But my shame doesn’t have to be yours. Knowing when the battle is taking place will let you prepare properly.

Once you beat Sophia in the Arissola Dojo you’ll be rewarded with a surfboard. This will open a bunch of new locations for you to explore on the first island of Deniz. Take your time exploring the waters and new places. Battle NPC tamers, catch some Water-type Temtem, and work on getting your Temtem to higher levels. Max’s Temtem range from level 23 to 28, so you want to get your team to about the same strength. Higher if you can. 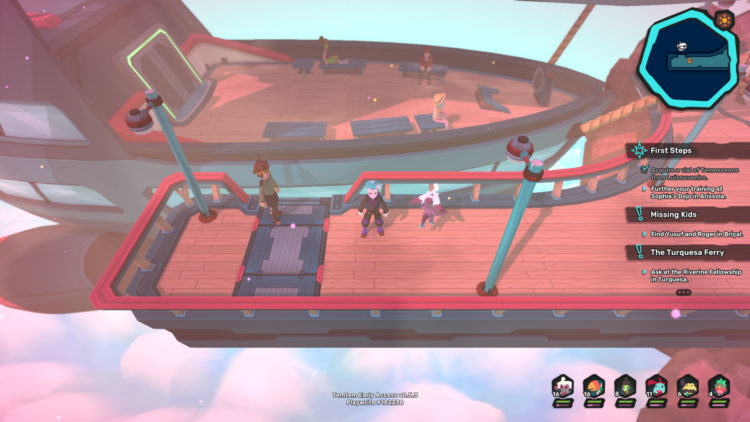 This is the exact location of the battle with Max in Arissola.

During this exploration, you’ll complete a quest to get an airship ticket. I won’t say any more about that as I don’t want to spoil the journey. I’m just here to help you deal with the pain in the ass known as Max. Once you’ve got your spot on the airship, you can head back to Arissola and the Airship Terminal. Right by the entrance to the airship, the Narwhal, you will have to speak to Augustín. He will ask to see your ticket. If you say, “Yes, here it is…”, the dialogue will end with you fighting Max. So, don’t show your ticket unless you’re ready to battle.

What Temtem will Max use? 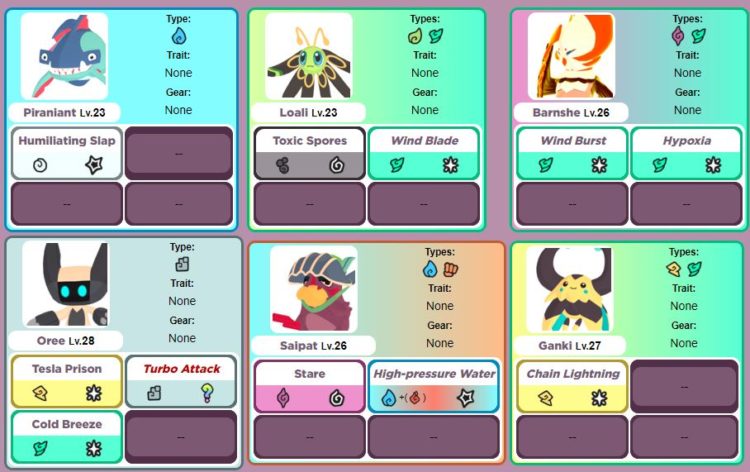 Max’s Temtem for the battle in Arissola.

Max’s team of Temtem isn’t that different from what you will have just dealt with in the Arissola Dojo — just more powerful because of their higher levels. It’s mostly Water- and Wind-types, but Max does have their trump card, Oree.

Oree is a Digital-type Temtem and it’s powerful. Two of the starter Temtem, Smazee and Houchic, will take double damage from Digital-types. But Oree is weak to Water- and Electric-types and, conveniently if you followed my guide on how to beat Sophia and Arissola Dojo, you’ll have a couple of powerful Electric-type Gankis ready to go. And as I mentioned above, you can pick up some Water-type Temtem while exploring on your surfboard.

Another standout Temtem in Max’s arsenal is their Luma Barnshe. Luma Temtem are incredibly rare versions of regular Temtem that use a different color variation and have a soft glow. When you catch one in the wild it also comes with three Single Value stats maxed out at 50. You have a one in 6,000 chance of seeing one. While Max got lucky and their Luma Barnshe is tougher than your average one, you already have the tools you need to take it down.

The best Temtem team to beat Max in Arissola

As with the battles throughout Arissola Dojo, your main strength against Max is going to power up your Electric- and Nature-type Temtem and Techniques. Ganki is still one of your best options. Kaku and Saku are also both good.

Ganki’s DC Beam and Chain Lightning Techniques will deal double damage to all of Max’s Temtem, except Loali. They will deal four times their usual damage to Barnshe. You just need to mitigate the damage Chain Lightning does to your team. Crystle is a great partner is you chose it as your starter. If not, there’s an ace in the hold we’ll discuss shortly.

From level 11, Kaku and Saku will both have Sharp Leaf, a Nature-type Technique that will deal double damage to Max’s Piraniant and Saipat. At level 18, they will acquire Narcoleptic Hit, which damages enemies and puts them to sleep. You can combo this with Houchic or a Tateru with Soft Touch to continue damaging enemies without waking them up. If you push through to level 30, your Kaku and Saku will get Allergic Spread, a Nature-type attack that does damage to the whole team. I don’t think it’s necessary to level them that high.

The single best Temtem to beat Max in Arissola

There is one Temtem you can catch after beating Arissola Dojo that is the ultimate counter to Max’s Temtem team. But it’s very rare and your patience will be tested while you try and catch it. Even more so if you want to catch one with excellent SVs. That Temtem is Nessla. It can be caught while surfing in the Thalassian Cliffs, Sillaro River, and Windward Fort. 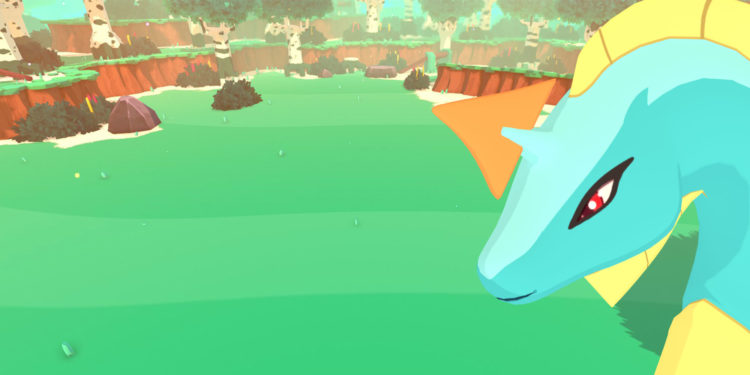 What was once a thorn in your side while battling in Arissola Dojo now can be your greatest ally. Nessla is a Water- and Electric-type Temtem, both of which are effective against Digital-type. Even better, all Max’s Temtem are vulnerable to Electric-types and many of them will deal less damage to Water-types. If you can catch a Nessla with the Electric Synthesize Trait that troubled you in the Dojo, Max won’t stand a chance.

A Temtem with Electric Synthesize will heal from Electric Techniques instead of taking damage. This means your Nessla will completely negate Ganki and its Chain Lighting and it can’t be damaged by Oree’s Tesla Prison. Plus, you can combo Nessla with your own Ganki to hit both Max’s Temtem with Chain Lightning while healing your Nessla.

Assembling your team for the fight

Ideally, you want Nessla, two Gankis, two Sakus, and your starter (mostly because it’s been with you for so long so it’s probably one of your highest level Temtem). If you chose Crystle, you want it in there. Houchic is also useful. But if you chose Smazee, you can consider leaving it out. A strong Water-type to help you deal with Oree could be a good alternative.

Max will open with Piraniant and Loali. Don’t waste your trump card Nessla on these two. Rather, save it for when Oree or Ganki come out. You need to manage your Stamina as you fight, so Nessla can’t stay out the whole fight and beat all Max’s Temtem. So, start with a Ganki and Saku (or Kaku if it hasn’t evolved yet). A Chain Lightning from Ganki that hits Saku as well as your opponents, combined with a Sharp Leaf on Piraniant might take it down in turn one. Loali can be dealt with next turn with more Electric Techniques.

If Max brings out Oree or Ganki, let one of your Temtem get knocked out and replace it with Nessla. While Nessla is out, get your second Ganki onto the battlefield too and let it rain Chain Lightning. Saipat can be dealt with easily with any of your Electric- and Nature-types. If you chose Houchic as your starter, it’s also very strong against Saipat. As for the Luma Barnshe, it’s basically a lightning rod. You can probably one-shot it with one of your Electric-type attacks.

Alternatively, just farm six Nessla and do what you like. Just make sure to laugh at Max’s ineffectiveness as you wipe that smug look off their face. 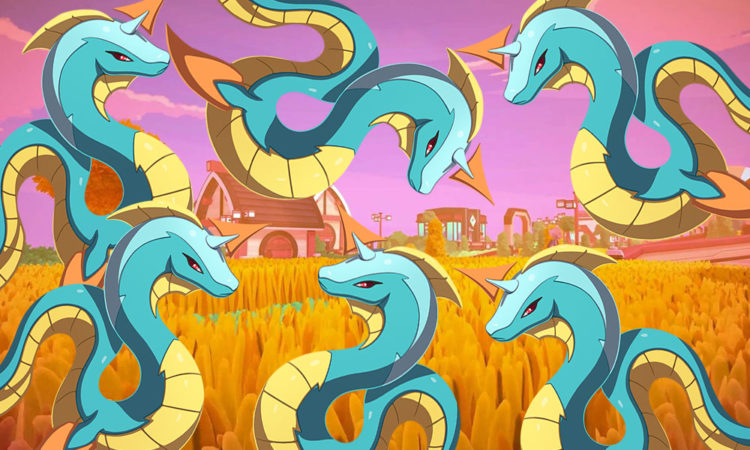 If you’re already looking into the best way to beat Max in Arissola, you probably don’t need help choosing your starter Temtem. But I’ve got a guide for that if you do need it. Or maybe a friend needs some help. You can also check out my guide on Single Value (SVs) and Training Value (TVs) stats to help you catch the best Temtem. And, if you haven’t yet defeated Sophia in the Arissola Dojo, here’s how I suggest you go about it.