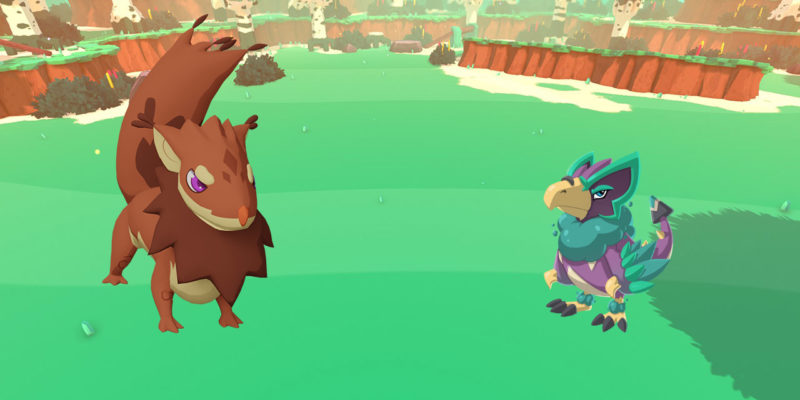 The usual rotation of Temtem in the Saipark means this week is a disappointing one for Luma hunters. However, one of the Temtem in the park this week evolves into Volarend – one of the most powerful Tems in the game. As for the FreeTem weekly rewards, there’s good money to be made and saved if you’re willing to catch and release 200 Temtem. 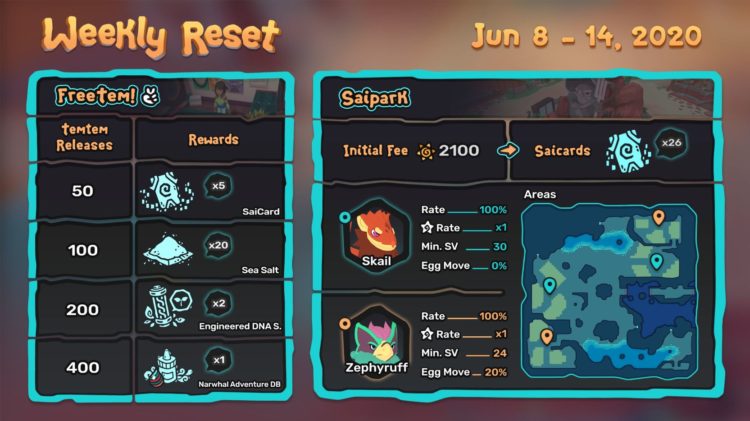 A handful of Saicards seems to be the most common tier one reward from the FreeTem! Organisation. However, this week you’ll be more thankful than usual to receive them because they’ll give you more chances to catch a Zephyruff with excellent SV stats.

This week’s tier two reward from FreeTem can net you a very tidy sum of Pansuns for releasing just 100 Temtem. That’s not difficult for any tamer. Each Sea Salt is worth 300 Pansuns, and you’ll receive 20 of them from FreeTem. That’s 6,000 Pansuns in total.

The tier three reward is a little bit more of a grind to get at 200 Temtem. However, an Engineered DNA strand (the reward) will cost you 10,000 Pansuns. That’s a lot. And FreeTem will reward you with two. The Engineered DNA Strand allows a parent Temtem to pass its Trait onto its child in Breeding. As such, it’s highly recommended that you push yourself to get the tier three FreeTem reward this week. 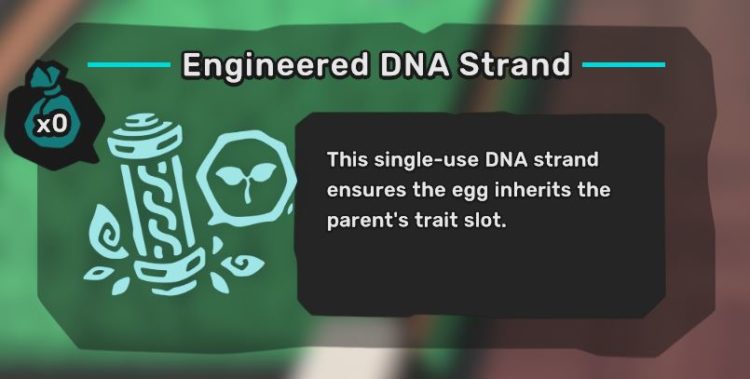 Finally, the Narwhal Adventure Dye Bundle is the tier four FreeTem reward in this Temtem Weekly Reset. It’s a tough grind at 400 Temtem, but if you like to collect cosmetics, this will get you 28,999 Pansuns worth of dye to use.

Hit and miss in the Saipark

The two Temtem in the Saipark this week are Skail, which evolves into Skunch, and Zephyruff, which evolves into Volarend. As mentioned above, Volarend is one of the best Temtem in the game at the moment. If you’re busy building your team for Ranked Matchmaking, this week is an excellent chance for you to catch a Zephyruff with good SV stats and the Feather Gatling Egg Move already learned.

Unfortunately, Feather Gatling is actually irrelevant on Volarend because it’s a physical damage move. Aerobic Volarend uses special attack moves, while Anaerobic Volared uses Toxic-type moves. So, the Egg Move chance is actually a bit of a waste on Volarend.

On the other hand, one of Skail’s Egg Moves is Oshi-Dashi. However, the only other Temtem that can currently learn that move is Pigepic. And you can’t breed Pigepic with Skail or Skunch. It’s a pity. Even a 5% Egg Move chance would have made this an amazing week in the Saipark.

For now, you can catch a Skail with excellent SV stats – at least 30 each. Make sure you catch a female and it will be ready to breed for the Egg Move once more Temtem arrive in-game. Hopefully, that will come with the Kisiwa patch in July.