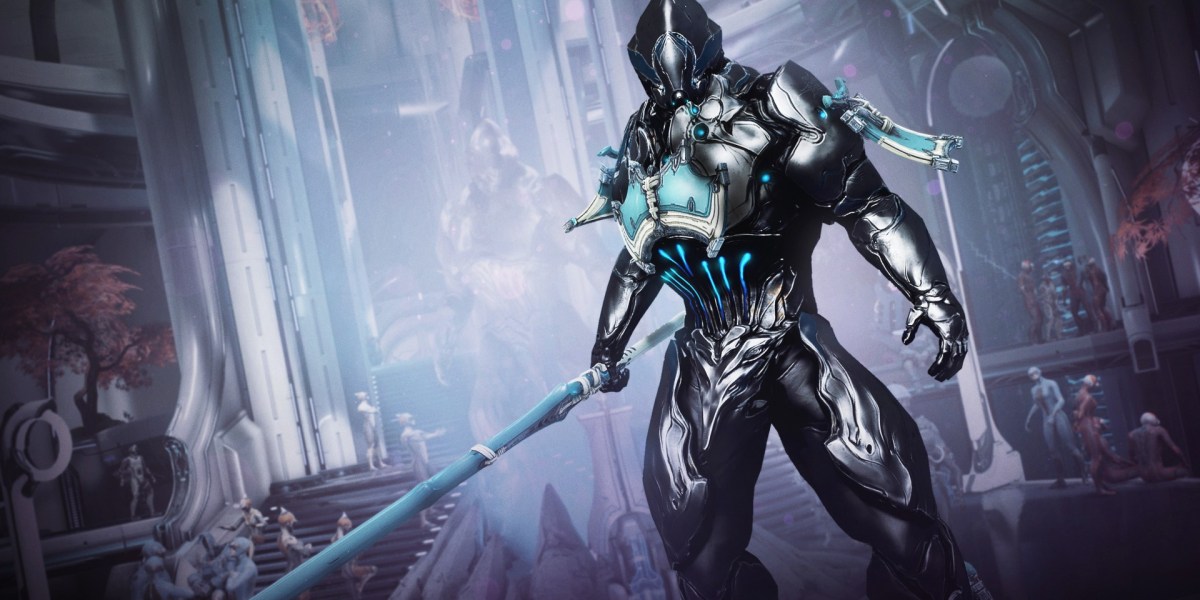 Get ready, Warframe fans, as TennoCon 2021 kicks off fully online five days from today. The yearly event will have plenty worth watching, with game creator Digital Extremes announcing today a little something to whet your appetite. TennoCon 2021 will host the gameplay reveal of the next expansion coming to Warframe, titled The New War. The video will be shown on Twitch, where you’ll be able to claim some rewards just for showing up.

Digital Extremes also revealed the full schedule for TennoCon. The whole shebang kicks off on July 17 at 12:30 PM ET. You’ll be able to see it on the Warframe Twitch channel. Following the 30-minute introduction, the event continues with a developer Q&A, an art gallery, and a cosplay show. At 5 PM ET, however, you can tune in for TennoLive where the expansion, The New War, will make its TennoCon gameplay debut.

Watching the show will be rewarding to Warframe players. That’s right, it’s not all about the kickass cosplay. During the event, those who have their Warframe accounts tied to Twitch can claim a bunch of drops. The first is the Vastilok Gunblade weapon, which you can claim after watching for 30 minutes up to TennoLive. During the TennoLive section, watching for half an hour nets you the Loki Prime Warframe with Slot. Finally, the Tannukai Longsword Skin and Armor Set will be up for grabs after in-game Relay event during TennoLive. For the latter, you just need to be there to claim.

There are additional digital packs and merch for sale, and you see more at the TennoCon 2021 website. 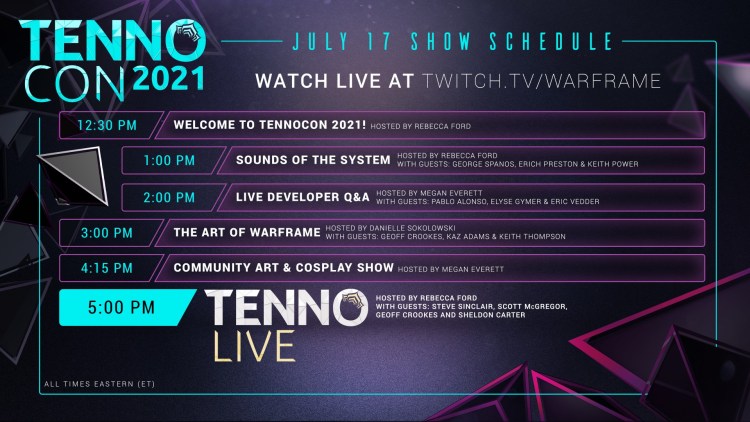 The New War is a long time coming

The gameplay reveal of Warframe: The New War has been anticipated since its announcement at TennoCon 2018. Digital Extremes has been chatting about it ever since, offering some craps to hungry players. On Saturday, the team will finally lift the veil.

“We’ve spent a lot of time talking about The New War on Devstreams and at past TennoCons. We’ve shown cinematics, added in-game messages and lead ups, and now the wait is over,” said Rebecca Ford, live operations and community director at DE, in a press release. “We are so excited to finally provide some answers and give everyone a small piece of what’s to come with The New War.  We’re thankful for the patience of our players and we look forward to seeing their reactions to some of our big reveals in the chat.”