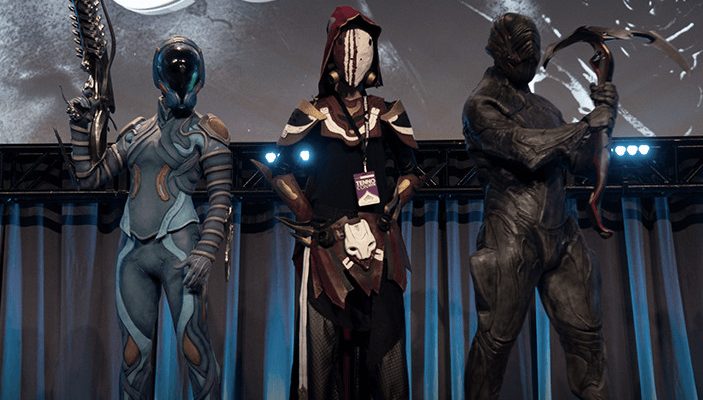 If you’re a fan of Warframe there’s plenty to be celebrating right now. The game recently celebrated its eighth anniversary, with developer Digital Extremes handing out a free skin to players. However, more Warframe celebrations are on the way. Digital Extremes has announced the run date for TennoCon 2021, a free event packed with anything and everything Warframe. TennoCon 2021 will broadcast on multiple streaming platforms at no cost on Saturday, July 17.

While TennoCon 2021 is running, Warframe fans can look forward to game reveals, in-game activities, developer panels, and a heap of community-focused content. Digital Extremes is also partnering with the Unity Project for Relief of Homelessness this year, which provides at-risk adults with emergency shelter. Digital Extremes has stated that it will be donating to the company, although it’s not clear how much is being donated.

What packs are arriving with this year’s TennoCon?

TennoCon 2021, like previous cons, will have various packs available for purchase. The TennoCon 2021 Digital Pack includes a wealth of in-game currency, supplies, items and cosmetics, and can be purchased for $24.99 USD. The event’s merch pack includes some physical goodies instead. For $44.99 USD, customers get a shirt, event badge, pin, and other goodies. There is also a bundle of these two packs being sold exclusively to PC players. The TennoCon 2021 bundle includes both the digital and merch packs for $64.99 USD.

This year’s TennoCon will also feature a couple of events you’d expect from an in-person convention. Both a community art show and a cosplay contest are planned, but with a digital twist. Anyone that wants to participate in the art show can register for it here and submit their art. The convention’s cosplay contest will be largely the same, with cosplayers signing up and sending in pictures or videos of their designs. This year’s event will even take pet cosplays, so look forward to seeing some mechanized pups.

By Mike Straw14 mins ago
Hardware