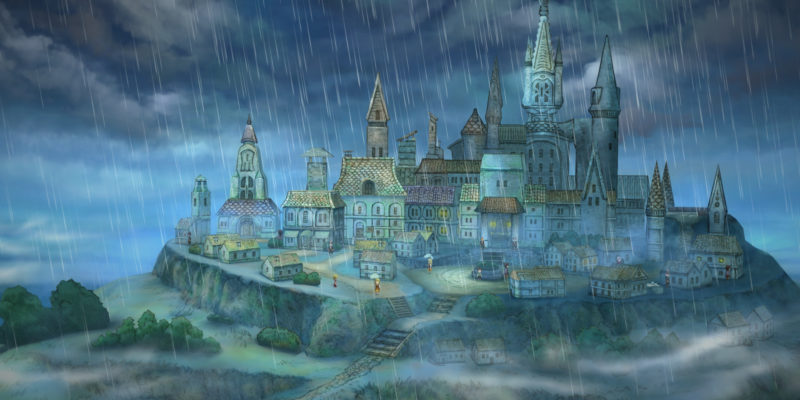 The Alliance Alive has taken a long and winding route to get to PC. Originally a 3DS game that launched in 2017/2018, it got ported to PS4 and Switch late in 2019, and now that version – The Alliance Alive HD Remastered – has been ported to PC. And this JRPG is an odd duck, even as ports go.

So yes, I’m a little bit over the recommended specs; and yes, you can probably run The Alliance Alive on a toaster.

Normally I leave control talk until later, but The Alliance Alive HD Remastered has an interesting quirk. If you glance at the Steam store page, you’ll see the following:

So what happens if you try to run it without a controller plugged in? 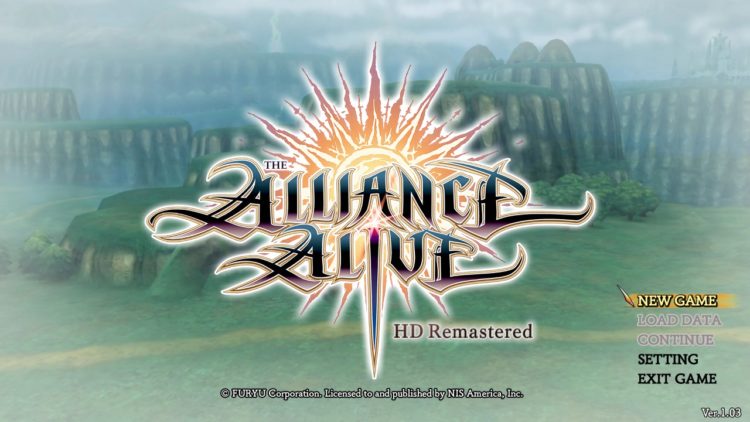 Nothing special. No alerts or anything, which may be for the best if you have a finicky wire. The game opens (in a window by default, thankfully) but you can’t actually control anything. There is indeed absolutely zero support for mouse or keyboard.You could theoretically control it via a key-to-joy method, but I haven’t tried this because there aren’t many particularly good solutions for emulating gamepad inputs on a keyboard.

So yes, you absolutely need a gamepad plugged in, and as far as I can tell no controls are rebindable. The Alliance Alive also only seems to display Xbox button prompts, but Steam has always been finicky about detecting which controller is plugged in, so that may be not actually be the game’s fault.

But assuming you have a gamepad and you’ve remembered to plug it in: how does everything else function? 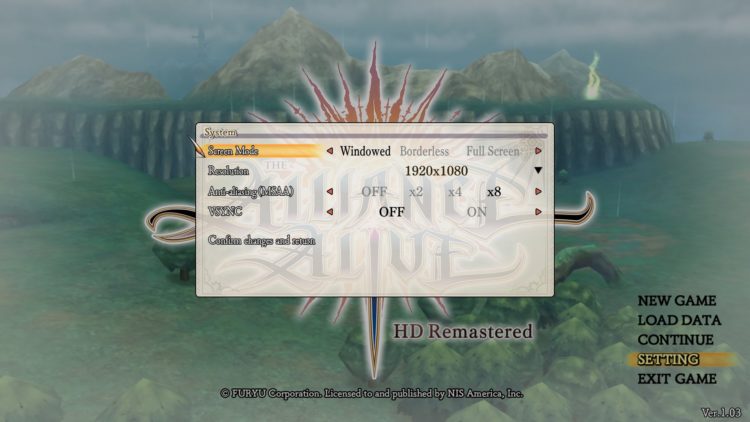 Graphically, there aren’t really many options. You can flip between Windowed, Borderless, and Full Screen; you can turn on Vsync; and you can pick your resolution (up to 2560×1440 for me, although that’s the highest my monitor will support).

The only real quality option is MSAA anti-aliasing. This does make a difference, even in a game as stylised as The Alliance Alive. 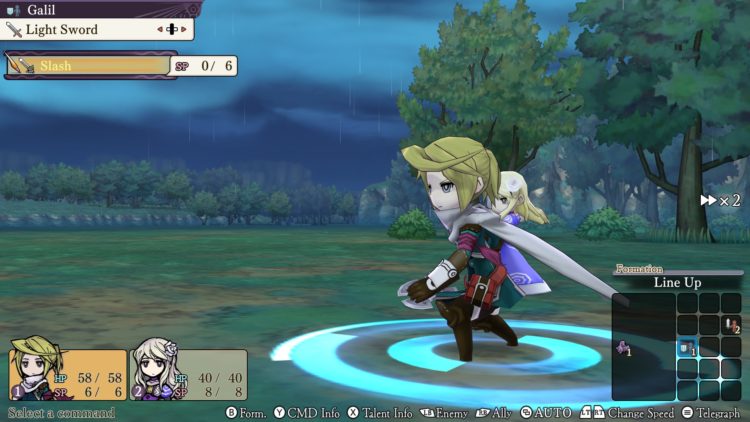 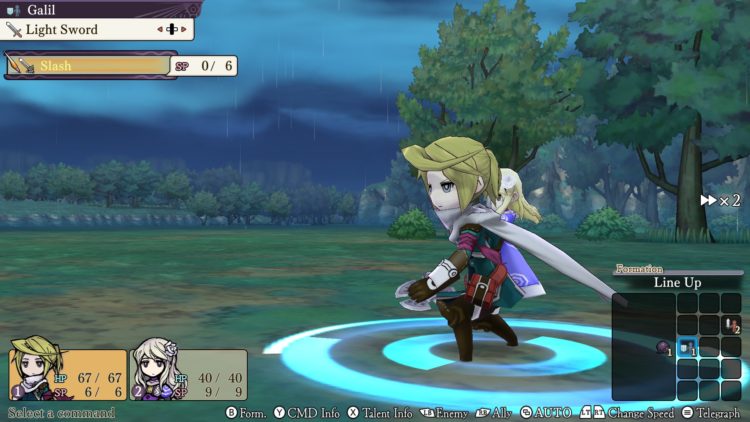 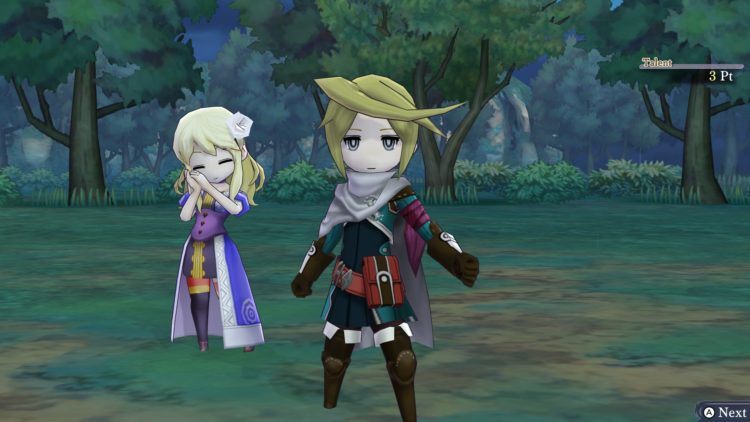 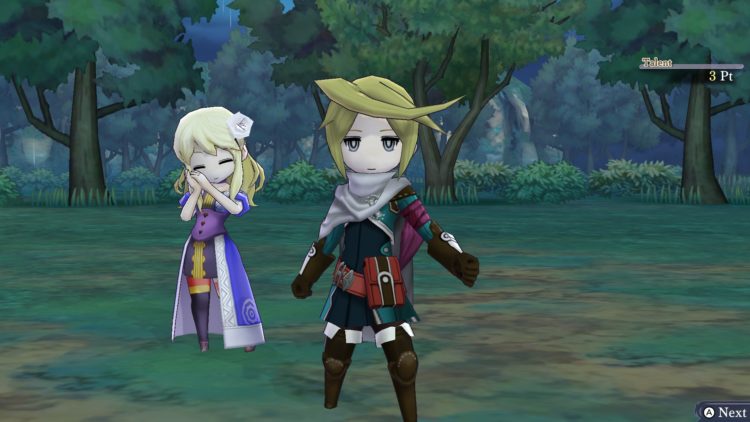 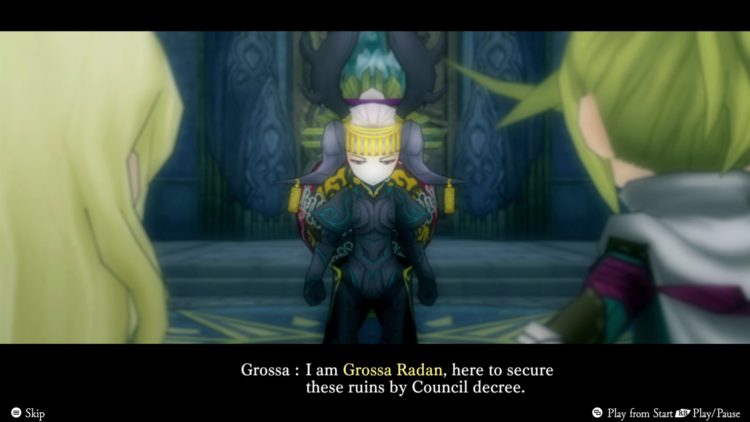 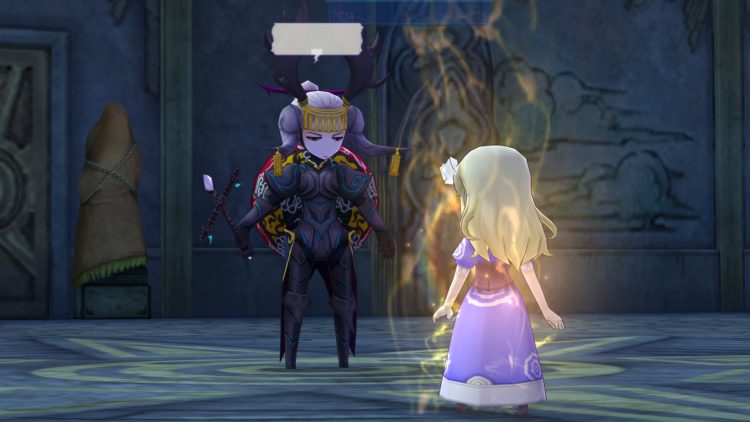 For the most part, The Alliance Alive HD Remastered does look lovely. It’s still got a very 3DS-vibe, but that’s mostly an art style thing – it looks a bit like a pop-up storybook, with little chibi characters rocking around.

Things fall apart a little when you get close-ups on textures, though; some of them are distinctly low-res. This isn’t usually too much of a problem, but at higher resolutions it can look a little odd next to the lovely smooth character models. Still, it was originally a 3DS game, so I can forgive a fair bit when it comes to the art. 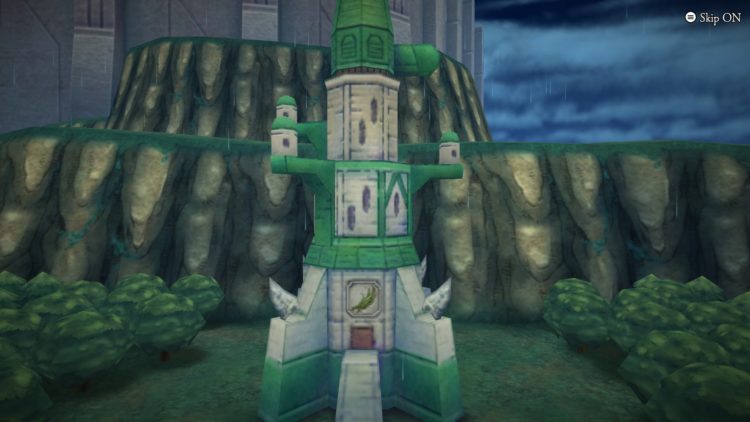 For fairly obvious reasons, it’s really hard to judge performance. I can safely state that, on my PC, enabling anti-aliasing does nothing to the framerate. Please try to restrain any audible surprise. If anyone is likely to faint in shock, please do so safely. 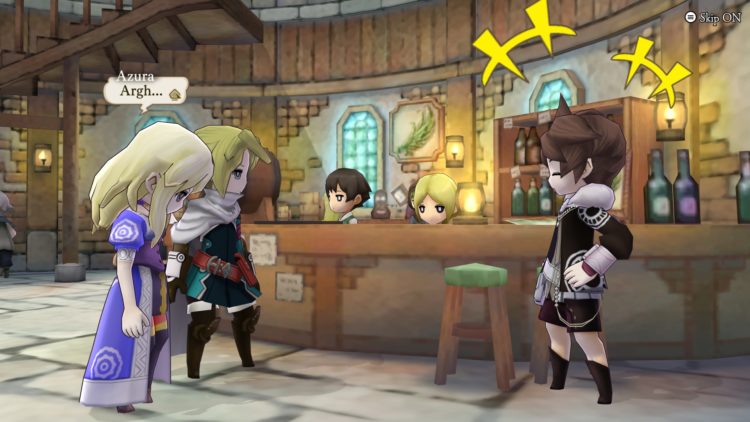 Another fairly good example of the character models next to the environment textures. The stylising means it’s not as jarring as in many other games, thankfully.

That doesn’t mean there’s nothing to talk about, though. While The Alliance Alive HD Remastered does indeed run at 60 FPS, I’m not convinced it really runs at 60 FPS. Don’t get me wrong: the framerate counter reads 60, and bits of it definitely do. But I’m wondering if there’s something going on with the frame pacing.

It’s very hard to explain. Parts of it are buttery smooth, but some bits of character movement and camera rotation (not to mention the cutscenes) feel very much like they’re at 30 FPS. Again: the framerate itself isn’t dropping at all. But a fair amount of the game feels like it’s at 30 FPS. 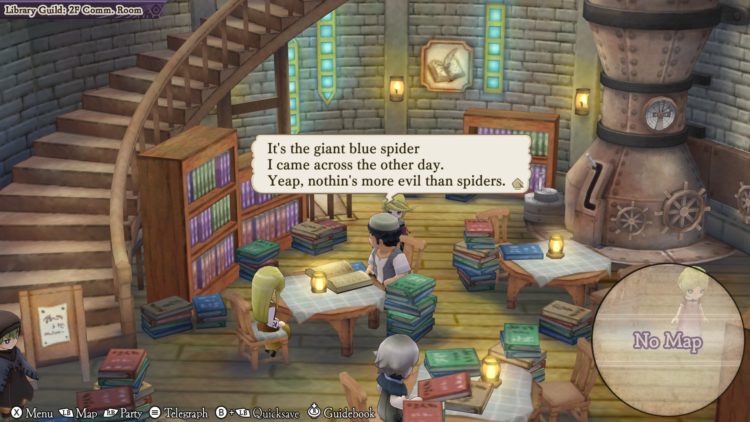 THIS PERSON IS FACTUALLY CORRECT.

I’m not reviewing the actual game itself in this article, but The Alliance Alive reminds me of a slightly less complex SaGa game. Characters regain health at the end of each battle; they learn techniques semi-randomly when attacking; and their health and SP might increase when you win a battle. Formation matters a lot, and there are a slew of weapons that pretty much anyone can equip.

It’s definitely less trial-and-error than diving headfirst into a SaGa game, though. There are fairly decent tutorials to hand which can teach you a lot of these basics, and it’s got a much slower ramp-up based on the first few hours. Unless you walk near the water, anyway, but you probably deserve what you get if you ignore those warnings… 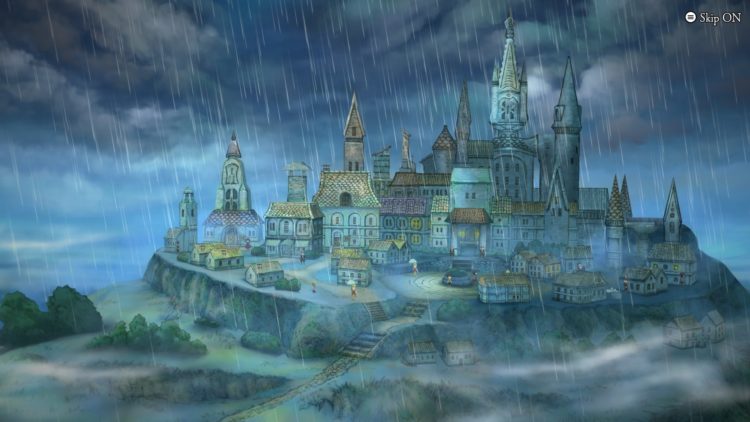 There are plenty of moments when The Alliance Alive looks absolutely gorgeous, too.

The plot itself revolves around daemons separating the world and setting up beastmen as higher-class citizens, while humans are the frowned-upon serfs. Naturally, this order of business will not stand (or it’d be a very different game), so it’s up to a plucky team of heroes to ignite a rebellion, ally with guilds, and supply them with manpower to increase their abilities.

I want to play more, basically. I rather like what I’ve seen, and little features like the ability to speed up battle animations and the like are much appreciated. 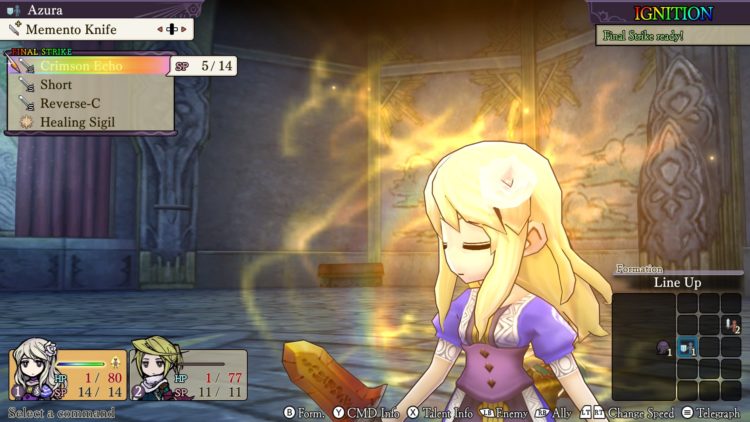 Even when you have some very visible environment textures.

The port itself is a solid “eh”, though. I can’t help but compare this to The Caligula Effect – the previous NISA-published game I looked at for tech review purposes, which also credits FuRyu as the developer. That was such a good PC port of a console game that, quite frankly, it put a lot of PC exclusives to shame. Meanwhile, The Alliance Alive HD Remastered doesn’t even support mouse and keyboard.

It’s serviceable, certainly. I didn’t hit any bugs, crashes, or framerate issues. It looks nice enough, thanks to the art style. But that’s about all I can say for it: it’s a functional, if bare-bones, port. If you’ve got a controller it’ll work just fine, but it’s not going to blow you away.

Cyberpunk 2077 has been delayed into September