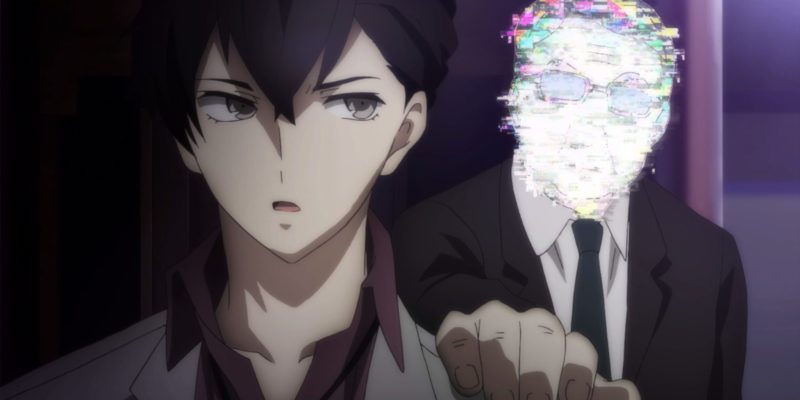 I expected the worst from The Caligula Effect: Overdose. Often enough, PC ports of renowned console RPGs suffer from essentially being flung onto the system with the barest acknowledgement of “graphics options” or “the mouse.” So what hope does a somewhat more obscure JRPG – initially released as a PS Vita exclusive, no less – have?

As it turns out, it has enough. The Caligula Effect: Overdose‘s PC version is really, really good. 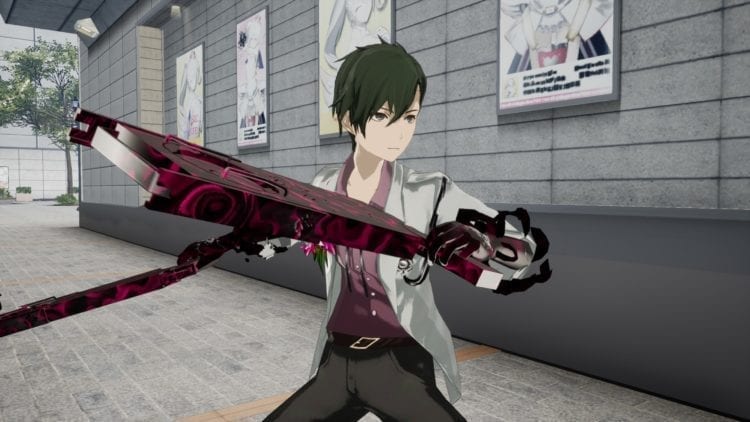 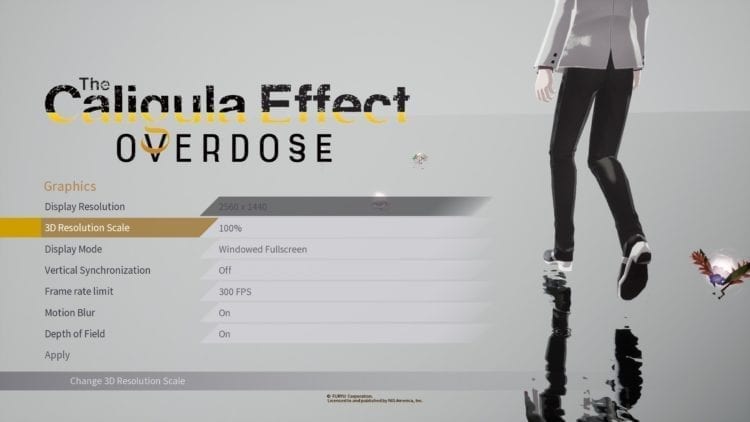 Not a lot of options, I admit. I’m kind of amused by the frame rate limit going up to 300 FPS but also possessing an “Unlimited” setting, which apparently isn’t recommended. That and V-sync aside, your only real options are Depth of Field, Motion Blur, and 3D Resolution Scale. The first two are really more a matter of taste.

3D Resolution Scale, however, does have a big impact in both how the game looks and how well it runs. Unless this works very differently to normal, it basically chooses what resolution to actually render the game at, before upscaling or downscaling it to the window size.

If, like me, you’re running at 1440p, then at 50% 3D Resolution Scale the game would actually be rendering at 1280×720 and then just upscaling that to fit the window. Which would result in massive blurring and everything looking terrible. The flipside is that bumping it up to 200% means all the 3D goodness is being rendered at a ludicrously high resolution and then downscaled to the window size, making things look a bit better but vastly increasing the amount of computer power required.

How big a difference does this make? Let’s investigate! 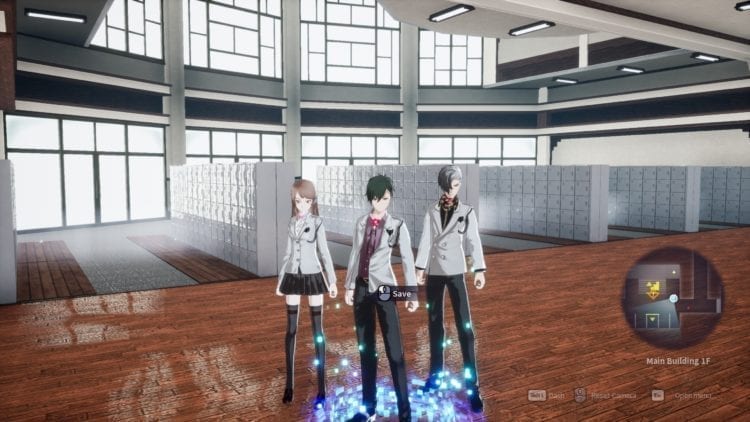 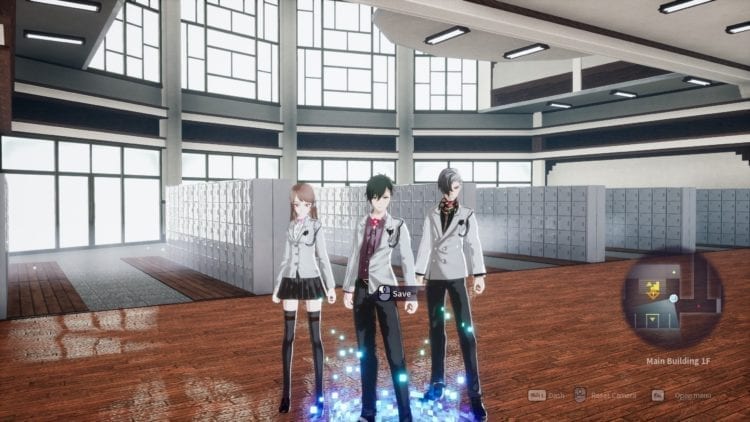 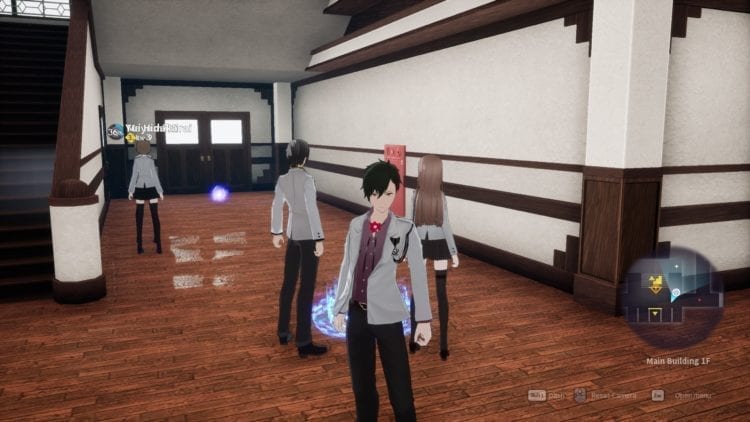 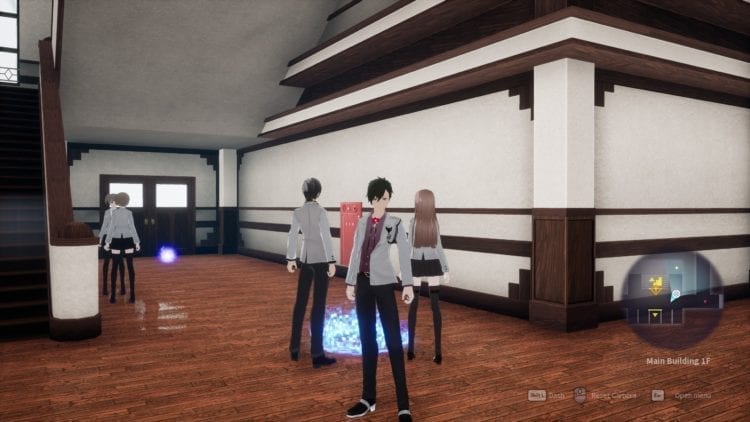 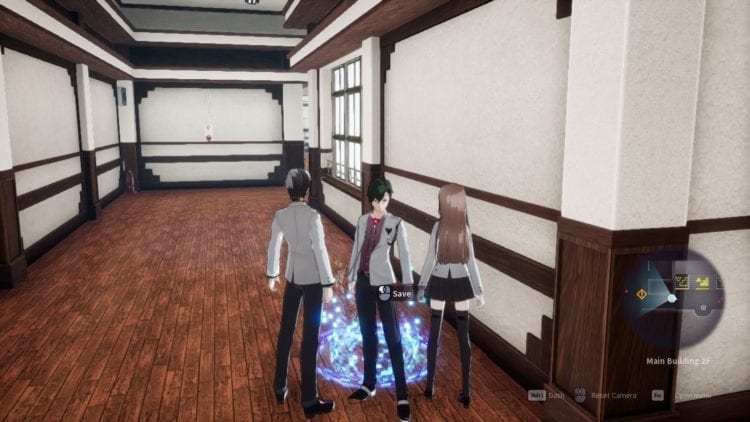 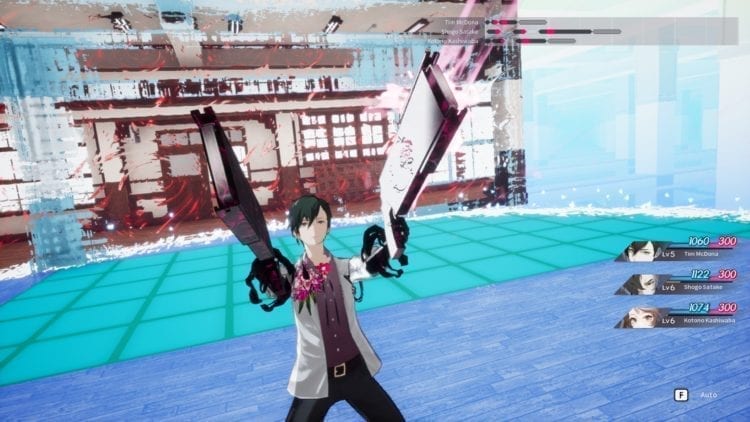 It’s like someone smeared vaseline on my screen. And my eyes. And then stabbed me in my eyes. 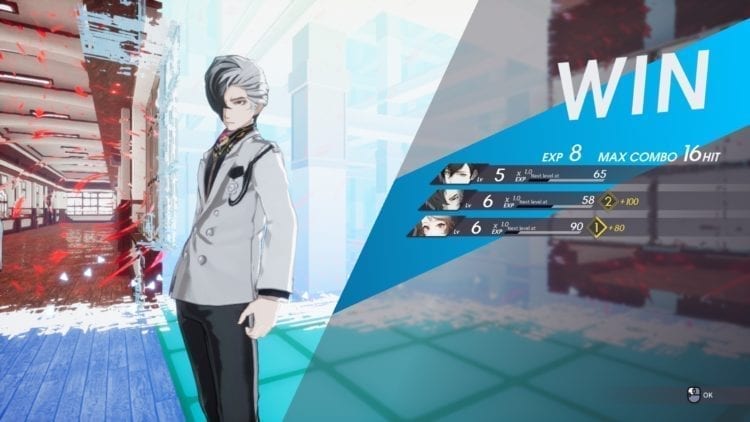 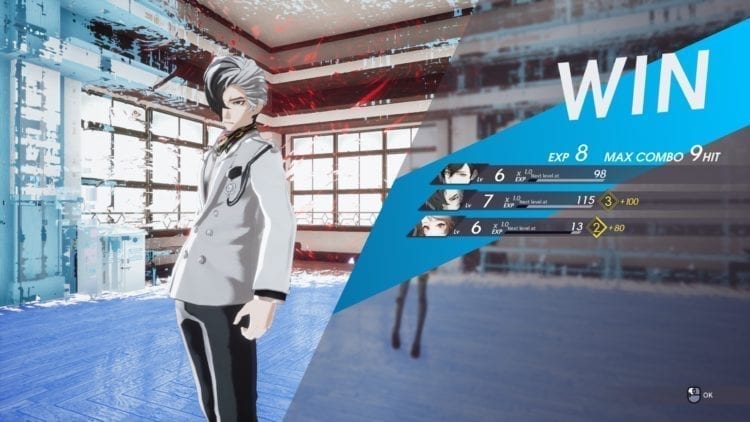 So, no, you don’t want to play at 50% 3D Resolution Scale. After that, it’s really up to personal choice: there’s some minor improvement, especially in terms of how sharp things are, but the game is stylised enough that it’s hard to tell without direct comparisons.

Fingers Away From Frets

The other important bit – and the usual massive stumbling block for console ports – is the way it controls. The Caligula Effect: Overdose not only gets this right, but does it a damn sight better than a lot of other games with “good” PC controls.

First, I want to show you this screenshot:

It’s a really minor thing, but yes, you can decide whether you want your onscreen button prompts to be for keyboard, Xbox controller, PlayStation controller, or to autodetect your inputs. More of this sort of thing, please.

Also, every button is redefinable, and it does appear to allow for pretty much any definition. I bound “move forward” to Escape and “sprint” to Caps Lock, because why not? It accepted my extra mouse buttons as potential inputs, too. 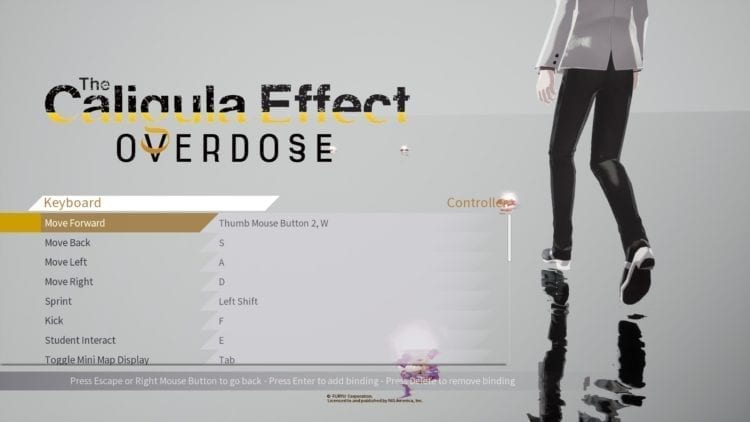 But the most important thing? The real, super-important thing? It understands the mouse exists. Not only that, but mouse support is good. There’s full mouse-wheel support for scrolling through menus, and you can click to proceed, and so on. No actual mouse cursor in the menus, but hey, you have full camera support via the mouse, plus mouse sensitivity options, plus mouse button binds of your choice.

Realistically, the camera is the important thing. The other keys are all sensibly clustered around WASD so there are no finger gymnastics required to actually do stuff in the game. Tab is your map key. Escape goes to the menu and does not instantly quit to Windows. F is your “initiate battle” key in the overworld. Etc. 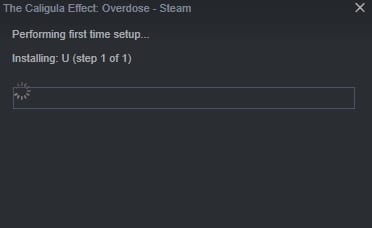 There is one major caveat, which may be something exclusive to me, or may be a frankly astonishing oversight. That’s the First-Time Setup. If you’ve ever played a Steam game before (and if not, hello and welcome to the world of PC gaming) then you’ll know that running a game for the first time has it check for things like DirectX and .NET and other various distributables that most games require.

Every time I attempt to run it, The Caligula Effect attempts to install something apparently called “U”, which immediately tries to restart my computer. If I tell Windows that no, Steam does not have permission to make changes, it starts just fine. If I cancel the restart before it manages to close everything, The Caligula Effect will open up. But every time I run it I still need to click that “Don’t You Dare Make Changes” button, or I’m faced with a restart. I’m hoping this is just me, but fair warning. 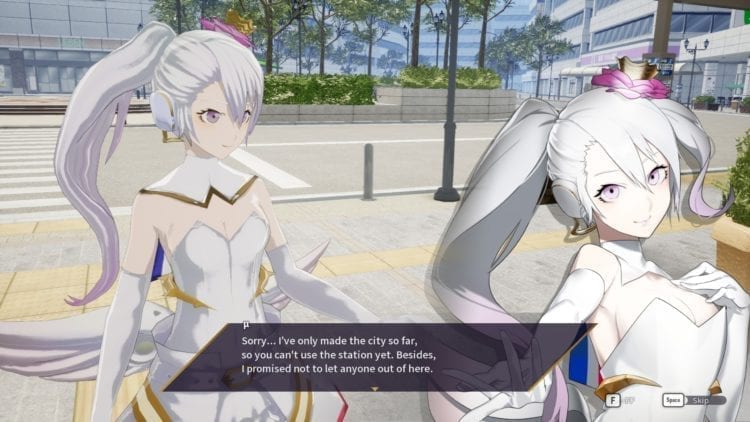 This is Mu, the… theoretically well-intentioned antagonist?

As for the game itself? I like what I’ve played. It’s very Persona inspired, in that it’s a JRPG set in a modern-day high school, but it has its own bizarre twists. The high school in question is a virtual world created by what is essentially a Vocaloid, aiming to create a paradise for unhappy people. The only people who realise they’re trapped in a simulation are you and your party – the Go-Home Club – but, uh, the AI isn’t happy about your attempts to escape, and neither are the many people who see you as someone trying to undermine the Vocaloid they all love.

To that end, there are also hundreds of schoolmates to befriend (albeit without anywhere near the depth of the Persona series) with sidequests to allay their various fears and dislikes netting you useful rewards. Conversely, everyone can potentially be an enemy: they don’t know it’s a virtual world, so once their “Erosion Rate” rises a certain amount, you’ll have to battle them to return them to normal. 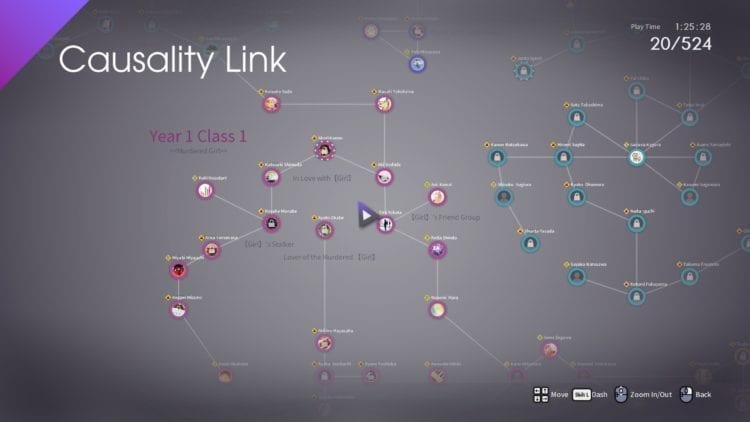 The map of social links (or Causality Links or whatever) is almost as complicated as Path of Exile‘s skill tree.

The battle system, too, is a unique oddity. It’s largely turn-based, but you can spend actions to move around the playing field, and most attacks hit an area. The actual turns play out simultaneously, with each attack and ability taking a certain amount of time to use, so clever timing to unleash powerful combos is key.

It’s potentially a little overcomplicated, and there’s the inevitable slew of strange terminology that mostly ties into the fact that you’re drawing power from emotions, but I’ve enjoyed it so far. The “Imaginary Chain” function – displaying how each turn will play out assuming things go right and you actually hit – is a neat function for visualising things. Combat can take awhile, but the Auto key can speed things along by having your additional party members automatically do things that usually aren’t too dumb. 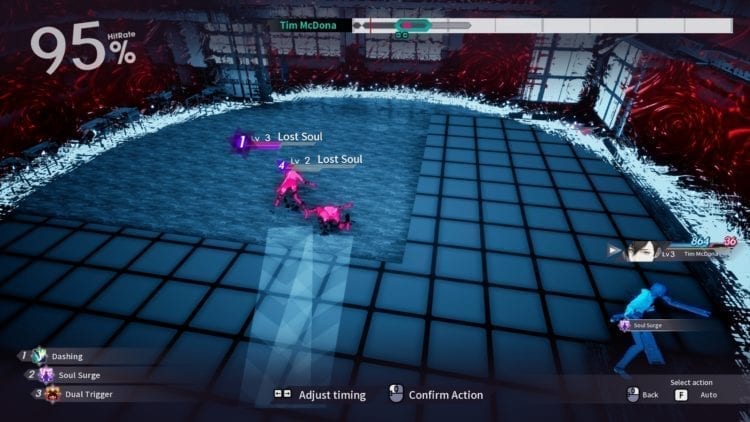 Combat isn’t as messy as it looks, but it does have some unique twists that take time to get used to.

Oh, and this is The Caligula Effect: Overdose. That is to say, this is an expanded version of the original The Caligula Effect. New characters, new systems, and even an extra route which lets you side with the Ostinato Musicians and the AI running the virtual world of Mobius rather than try to escape.

So on the one hand, The Caligula Effect: Overdose is a relatively bare-bones port. It doesn’t have much in the way of twiddly graphical options. On the other hand, it doesn’t need a super computer; it runs as smooth as silk; and it supports the basic PC stuff like Borderless Windowed and actual mouse-and-keyboard controls perfectly. I haven’t played enough to comment on whether the game itself is worth your money, but if you’re thinking of picking it up, I have no hesitation in saying that the PC version is excellent.