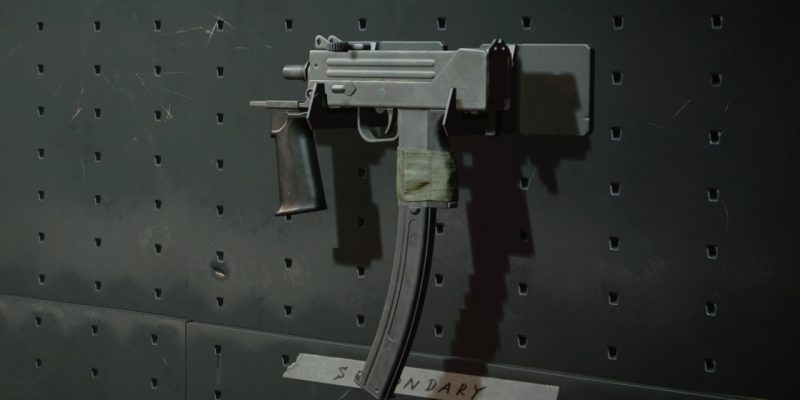 Making its first return since Modern Warfare Remastered, the Black Ops Cold War MAC-10 is Call of Duty‘s latest rendition of the iconic American machine pistol. Much like its predecessor, the new MAC-10 is defined by its impressive fire rate and above-average handling characteristics. And therefore is a fantastic choice for players who prefer aggressive, rush-centric play styles. In fact, the MAC-10 is probably the best weapon in Black Ops Cold War if you want to run and gun.

Unfortunately, this tiny thing is not as powerful in regular multiplayer as its Warzone interpretation. In CoD‘s free-to-play battle royale mode, the MAC-10 is arguably the joint best close-range gun in the game alongside Modern Warfare‘s MP5. And whilst it is still strong in Black Ops Cold War, other submachine guns such as the AK-74u can outgun it. Realistically speaking, beyond fifteen meters or so the MAC-10 is difficult to use. But within its effective range, this is the best gun in Cold War. It arguably even outperforms the shotguns up close.

When building a custom MAC-10 I wouldn’t advise you to focus too hard on making it better at long range. Its bullet velocity of just 200 meters per second coupled with its short max damage range of just 11.5 meters is not savable. Some attachments can alleviate this, but they’re not worth the trade-off. And although improving that bullet velocity can help in some situations, I’d argue that you’re generally better off building on its strengths. In other words, making it as devastating as possible up close.

Given this, the MAC-10 is the rare exception where we don’t run either a barrel or muzzle attachment. Despite those attachments usually being top-tier choices, they don’t do much to improve the MAC-10. But an attachment that certainly does help is the SWAT 5Mw Laser Sight. You are going to be spending a lot of your time jumping around corners and hip-firing. Therefore, the best in slot 36% hip-fire accuracy improvement provided by the 5Mw is a must-have. 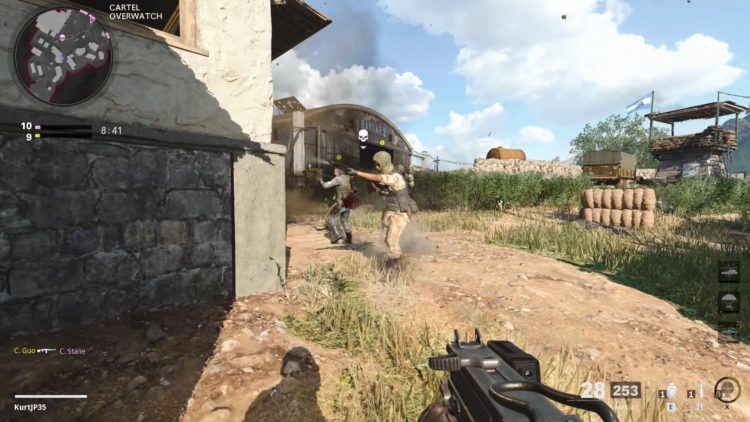 The MAC-10’s freakishly high fire-rate of 1100 rounds per minute make it Black Ops Cold War‘s most powerful primary to hip-fire with.

The recoil pattern of the MAC-10 isn’t too hard to get used to. Even so, there is a fair bit of left to right bounce when shooting as a result of its high fire rate. Using the Field Agent Foregrip reduces our horizontal recoil by 20%. This is great for landing shots in those occasional gunfights you may have to take at medium range.

As with just about every submachine gun in Black Ops Cold War, the MAC-10 benefits most from the Salvo Fast Mag. The 53 round magazine plus greatly improved reload time is perfect for a rush-centric play style. The extra ammo doesn’t hurt either as the MAC-10 tears through magazines rather quickly. Alternatively, the SFOD Speedgrip can be used to run faster if you don’t need as much recoil control. 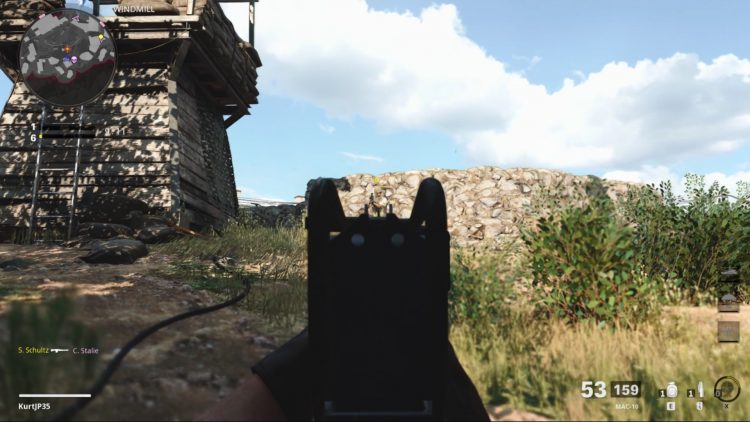 These iron sights are terrible. Do yourself a favor and run one of the stocks that amend this.

Unfortunately, the Salvo Mag does reduce our aim down sights time by 25%. With no handle equipped, this takes our total ADS up to 365 ms which is awfully slow for an SMG. To counteract this we take the Airborne Elastic Wrap which reduces our ADS time by roughly 80 ms. Our new ADS time of 283 ms is still a little slow compared to some other SMGs yet fast enough to not be a hindrance.

The MAC-10 is unique amongst Black Ops Cold War‘s guns due to the reason why I recommend using No Stock. Sure, the 30% improvement to our sprint out time is great given how much you’ll be hip-firing with this. But the real benefit is that No Stock fixes the MAC-10’s appalling default iron sights. By default, this gun has a folded stock that blocks off half of your vision when aiming. Running the No Stock attachment removes this, making it a far easier to use set of iron sights. The Wire Stock is a good alternative for those who don’t want the No Stock’s hip-fire accuracy penalty.