There are two branches near the end of The Devil in Me‘s campaign. One, in particular, will lead to a ferocious battle on a boat. Here’s our The Devil in Me guide to help you with the Lake finale and all the QTEs that are required for survival.

The Devil in Me Lake finale guide

The Lake finale in The Devil in Me can be considered as the ideal path since it leads to the good and best endings. We outline the steps for you to reach it.

Mark will always survive up to this point. The lighthouse itself has several secrets/collectibles, including a tape recorder that exonerates Charlie of any involvement in case you didn’t go for the Guilty achievement. You may also pick up the boat key in a room. Lake chapter: The policeman and the dog

In any case, all remaining survivors will head to the pier. A policeman (i.e., Salim’s character model) who saw the lighthouse’s beacon will show up. Lake chapter: Battle on the Boat

Just when you thought the coast is clear, Du’Met surprises everyone. There are multiple QTE sequences here, and failure can lead to instant deaths. Here are the key moments:

All right, that does it for the Lake finale in The Devil in Me. Hopefully, all your characters are still around. Next up in our guide series, we’ll talk about the Ultimatum chapter/alternate finale and the ending scenes/variations. 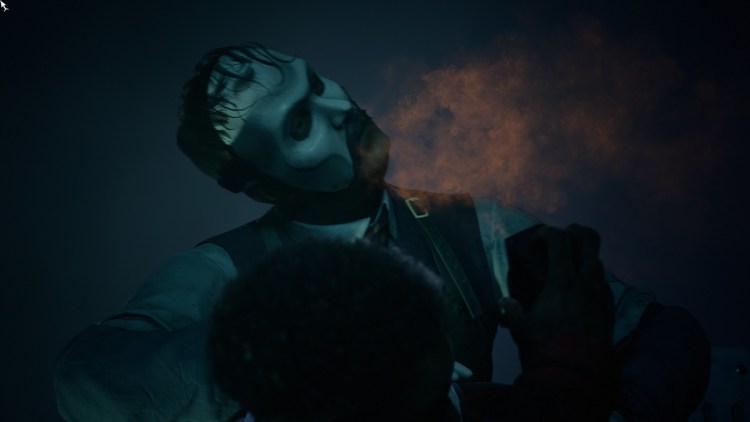 The Devil in Me: All pictures and premonitions guide

The Devil in Me: How to get the ultimatum alternate finale – Guide