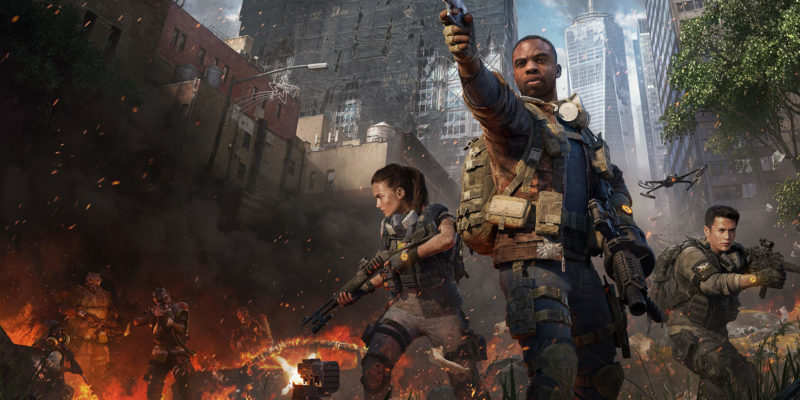 Over the past few weeks, Ubisoft has been trying out a new mode for The Division 2 on its PC test server. Titled The Summit, this mode provides a pretty unique setup for a mode in The Division 2. It’s set within a 100-story skyscraper, with the goal to reach the very top of the building. The Summit is set to launch alongside season 3 on September 22.

Now that Ubisoft has had time to test the mode, the publisher deemed their Ubisoft Forward event yesterday as the right time to fully reveal it. The trailer doesn’t show much beyond the mode’s setting, but the nearby release date means you can get hands on very soon. Quite a lot has been changed since the test build began though, which Ubisoft has detailed in a feedback post.

The intention with the mode was to create something highly replayable. On that note, Ubisoft said that during testing this wasn’t at the level the team desired, so changes have been made. More varied objectives now play out across the 100 floors, and the amount of loot caches to find has also increased. Alongside updates and additions, Ubisoft has implemented a substantial list of tweaks and bug fixes before the mode goes live to a wider audience. 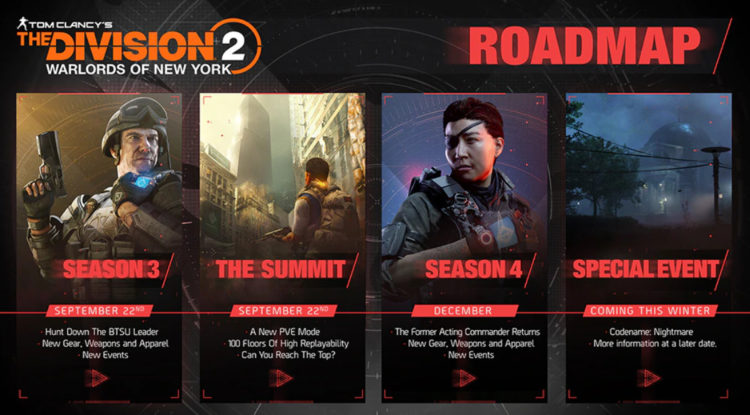 The Summit will launch alongside season 3 of The Division 2, and Ubisoft has shared a roadmap for what’s to come. Season 3 begins a new manhunt, with a new set of targets for you to track down and defeat. As players progress through the season, they will earn new gear and rewards. These include a new skill variant, gearset and outfit, alongside new exotics and cosmetics. There will also be opportunities to take part in new weekly activities such as Leagues, Global Events, and Apparel Events.