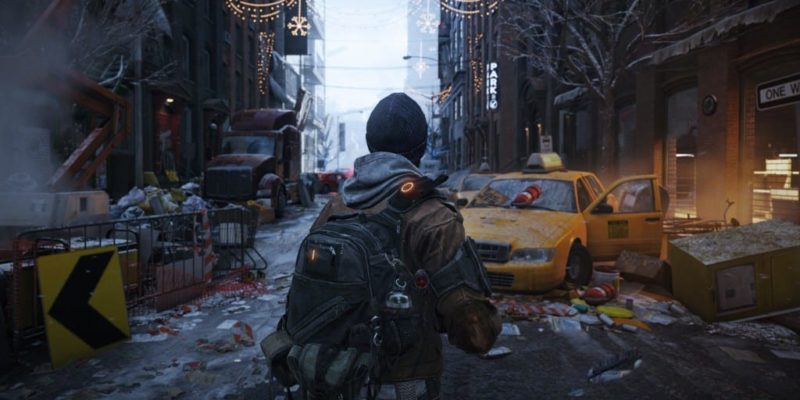 Ubisoft has announced a deal that’s far too good to pass up regarding The Division series. Right now anyone can claim a free copy of The Division base game for PC until September 8, with no strings attached. To be clear, we’re talking about the 2016 original venture into pandemic-stricken New York City, not the 2018 sequel or the 2020 real life version. Okay, perhaps there’s one string attached. You will have to download it and play through the Uplay launcher. That’s not all that bad though.

When The Division originally launched back in 2016, it seemed to many like a response to Bungie’s popular Destiny game. The Division was an interesting take on the trending MMOFPS genre, but it was far from perfect. It suffered from plenty of technical issues and a lack of end-game content, but Ubisoft stuck with the game through its expansions and season passes. 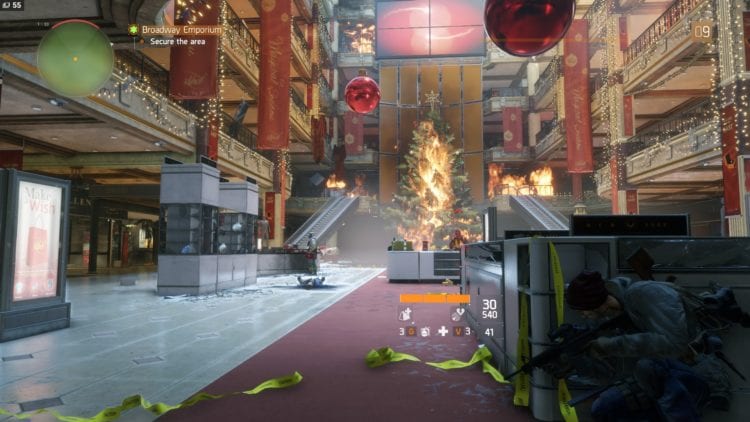 The game still looks beautiful years later, and frankly this might be be the closest you get to being in the mall and sitting on Santa’s lap this year.

In the end it felt significantly improved upon, before its sequel launched and became the title that truly defined the franchise. There’s a lot of merit to the original though, and the fact that Ubisoft is willing to give away a flagship game just several years later is respectable. Anyone that didn’t get to try it out will definitely want to take this opportunity to jump into some urban anarchy action.

At its core, The Division is a looter shooter with both PVE and PVP elements all mixed together. The game features various zones that break up types of adversaries you will encounter, and that’s what makes it interesting. There are a lot of possibilities and hectic situations that arise from the sandbox. As with all of games of this genre though, definitely be prepared to do some grinding and leveling work before you can take on the advanced challenges.

Despite the design shortcomings of The Division, it still makes for a great time. You can join up with friends to form an elite fireteam and enjoy a lot of beautiful sights in its detailed worldspace. The Division feels like a great entry in the lore of the Tom Clancy series, so there’s good reason to give it a go for free. 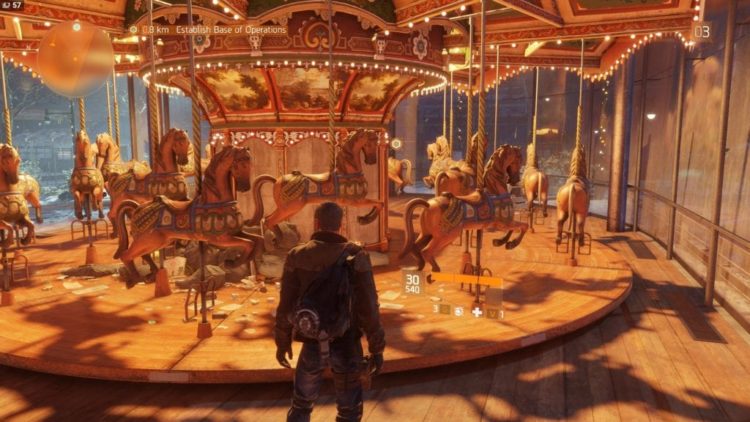 This merry-go-round is somewhat synonymous with the grinding experience, but I digress.

If you do end up enjoying your time with the game, you might just want to jump into the sequel. We know Ubisoft has plans to continue supporting The Division 2 and we’re expecting an announcement for new content at the next Ubisoft Forward event this September. Perhaps that’s exactly what Ubisoft hopes you will do.