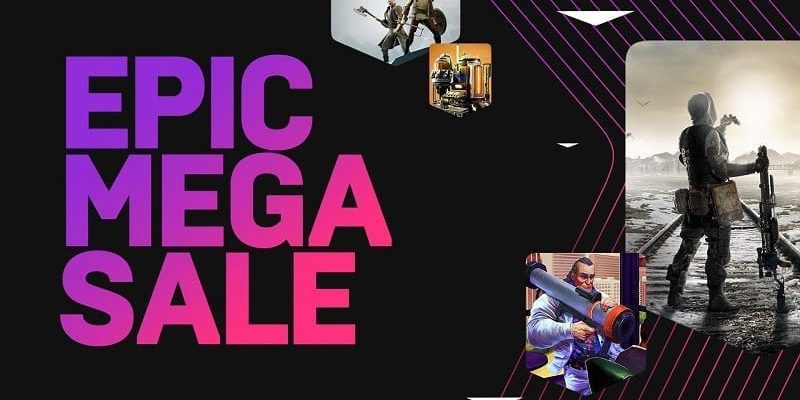 Leaked a few days ago, the Epic Game Store sale is now live and it’s called the Epic Mega Sale.

Ahead of the Steam and GOG sales which are due this summer, this sale from Epic is discounting some titles by up to 75%. Although there may not be a huge selection on the Epic Store as yet, the discounts on what is there are decent they include reductions on newer titles and also on pre-orders.

On top of the percentage reductions, anyone who spends more than £14.99 (same for USD customers), there’s an additional £10 off at no cost to the developer or publisher. This is quite a bold move, pre-orders are never usually discounted.

As part of this announcement and sale launch, Epic has also revealed that they are expanding their “free game every two weeks” deal and making it every week during this sales period starting with No Code’s experimental adventure game, Stories Untold.

All the discounts and sale offers can be found on the Epic Games Store here and the sale will run from today until 13 June so it’s a decent length. Of course, now you have to weigh up whether to spend cash now in this sale or hang on for the GOG or Steam sale. The Steam sale has already been revealed to be on 25 June and GOG are still yet to set their date.

By Sam Robins50 mins ago
News