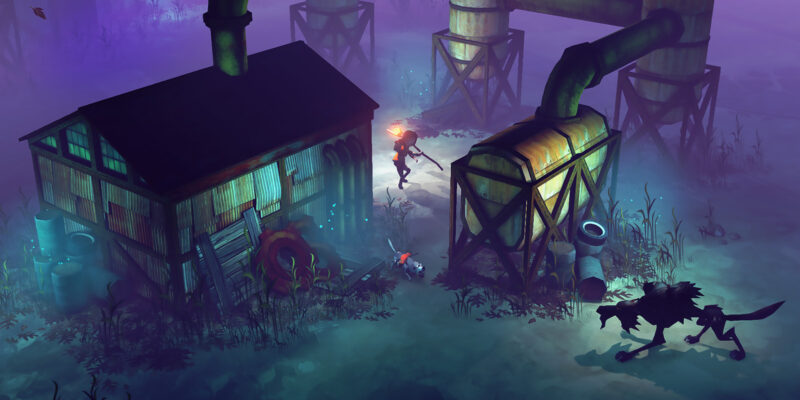 The modern video game industry has seen some rapid changes and growth over the last few years. Amidst the global pandemic, studios have faced challenges in allocating development and publishing resources. For some, that has meant changing their business operations altogether. And, unfortunately for others, that has also meant closing up shop or delays on projects currently in development. Where one studio might falter, others might find success. One such studio that seems to be making moves is The Flame in the Flood developer, Molasses Flood, as the company recently announced on Twitter it would now be part of the CD Projekt’s publishing umbrella.

As mentioned, Molasses Flood made the brief announcement on Twitter. But, there were a few key takeaways. For starters, the studio will now have access to some of CD Projekt’s intellectual property. As stated in the release, “We get to build a completely new game in the universe of an existing CD PROJEKT IP.” This could mean anything from a Cyberpunk 2077 or Witcher spinoff. The company will also expand its team, noting twice in the release that it is indeed hiring. In a separate release from CD Projekt, it’s noted that this acquisition doesn’t mean absorption and that the publisher won’t merge Molasses Flood into existing development teams.

A new project in the works

The Flame in the Flood released back in 2016, finding success across multiple platforms. The game currently holds a “Mostly Positive” review status on Steam. The game is self-described as a “rogue-like river journey through the backwaters of a forgotten post-societal America. Forage, craft, evade predators.” Molasses Flood will also keep its original studio name and promises to keep making games “with heart built on rich gameplay systems.”

The studio currently has something in the works. There isn’t anything else known about the project other than it being described as “ambitious.”

Exciting news for us today! We've joined the CD PROJEKT family, and are working on a project within one of their existing universes 😍🤯 pic.twitter.com/8jhWylIfKh