This review covers only the first two parts of Telltale Games’ The Walking Dead, so anything and everything you read below should be considered a critique of the story so far. We’ll get on to those concluding three episodes as and when they’re released.

Say Telltale Games and you think point-and-click adventure, puzzles and dialogue that is often… out there. Basically, you think Monkey Island. Some of you might be thinking Sam & Max. Some both. If you’re thinking Back to the Future, stop being so difficult. 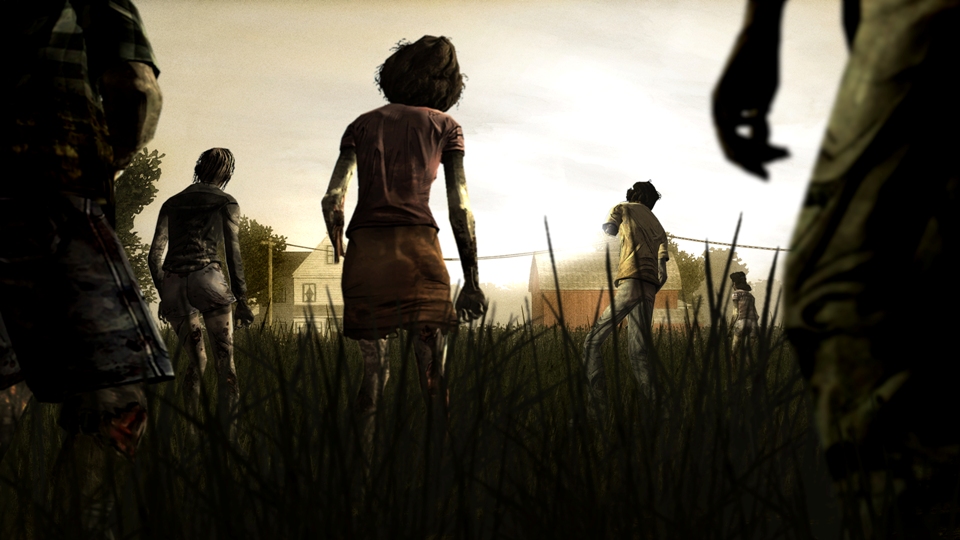 The Walking Dead is the most obvious example yet of Telltale’s seeming desire to move away from the traditional point-and-click model; they began moving away from it full force with Back to the Future, continued the trend with Jurassic Park and have now moved into full interactive fiction mode with The Walking Dead.

Given the quality of the characterisation, story-telling and the difficult decisions that are forced upon you, I’m glad of the new direction.

Some will invariably complain about the new direction; the interaction, the difficulty and any and all other ‘normal’ videogame elements are tuned to their lowest settings. But to think about, and break down, The Walking Dead by using those metrics is to completely miss the point. The goal here is to develop an emotional connection between you and the characters, to make sure that when those difficult decisions arise your actions mean something to you, and are a struggle to make.

You’ll make them as Lee, a survivor of the zombie apocalypse carrying the burden of past actions on his shoulders. Without wanting to spoil too much for you, Lee is a criminal but a good man and an example of how unfortunate events can affect the best of us in negative ways. Not knowing how his fellow survivors will take to the idea of his chequered history, Lee would prefer his previous life remain a mystery.

While there are a number of characters to get to know, it’s Clementine who’s Lee’s primary concern. A young girl Lee meets at the beginning of episode one, Clementine acts as the game’s strongest incentive for you to do the ‘right thing’. She picks up on everything you do as Lee and, being young, is easily influenced by it. Tainting and poisoning her mind with harsh actions is not at the top of the priority list, at least not for me. She acts as a kind of moral compass, your choices affecting her view of the world. 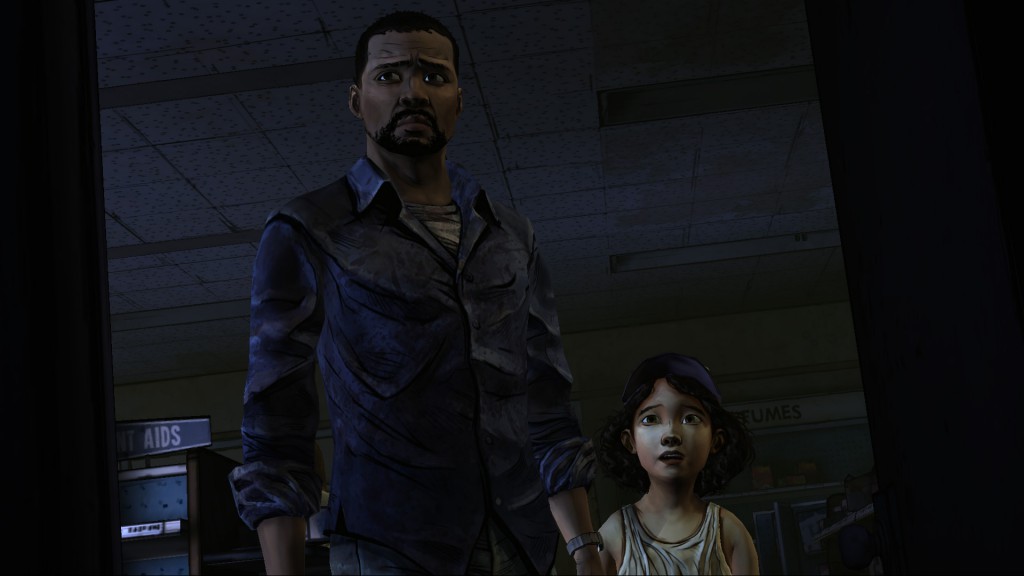 Credit to the game’s writers for being able to create a character in Clementine that you feel so protective over. Lee is not her father, but he acts like it and that sense of responsibility for her physical and mental welfare are expertly relayed between screen and player.

A similar bond exists between you and the other survivors, too, although not in the same way. Some characters you adore, some you hate, some you see as simply annoying hang-ons who you wish would leave and others (well, one) is tragically funny thanks to their idiotic, blasé attitude. Who these feelings are attached to will change to some degree depending on your actions, choices and how you engage in conversation.

Your actions generally have both positive and negative consequences, sometimes you can see both sides of the coin and sometimes you can’t. At times all of your options seem right, at others all of them seem wrong. The point is that you must make a decision, if you don’t things will either go to hell very quickly or the position of power will be taken from you and someone else in the group will make the choice for you.

At times it’s clear that one option will help some and harm others, and vice-versa. But that’s the point, in times of hardship and overhaul it’s not possible to be the person that helps everyone – try as you might. The feeling is somewhat akin (in some small way) to what I imagine a military commander must go through – you know a certain decision is the correct one, but you also know that some people are likely to be worse off because of it. 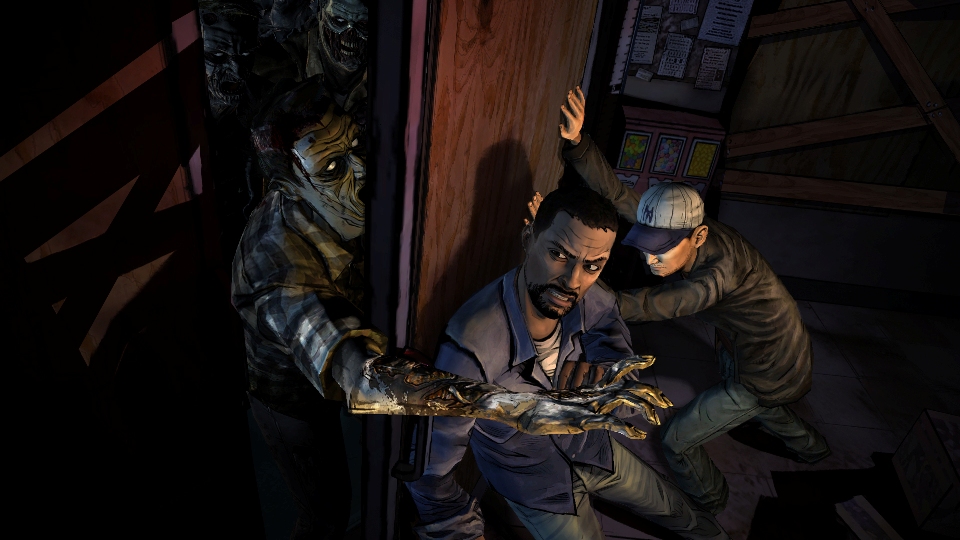 Thanks to the brilliant characterisation, these decisions really do matter and they’re in no way easy to make. Some choices are time sensitive, a small bar slowly getting smaller at the bottom of the screen, which adds an enormous amount of pressure to the already difficult decision you’re having to make. Because of the time factor you sometimes find yourself rushed into making a poor decision, but you only realise that afterwards. You didn’t have time to think about it properly. I guess that’s the point.

In a medium that all too often relies on throwing paper thin character stereotypes at you, it’s heartening to see a studio take such a mature and successful approach to relationships and how your actions can affect them.

One of the big questions I often hear people throw around is “when will videogames do a decent romantic relationship?” Before that can be tackled, games need to figure out how to do any relationship properly. The Walking Dead is a fantastic step in the right direction.

The only downside so far of the opening two episodes is that the middle portion of episode two is lacking in the kind of intrigue that is common to the rest of the game. However, it makes up for it big time come the final scene.

The Walking Dead is, quite simply, shaping up to be the finest game Telltale has ever put their name to. Not only that but it’s evidence that this sort of format does work in games, and that you don’t need fancy combat mechanics, customisable loadouts and a hellishly detailed skill tree to make a game that is engrossing, smart and individual.

Console version of Elder Scrolls Online not being ruled out

5 Things That Can Make Just About Any Game Better