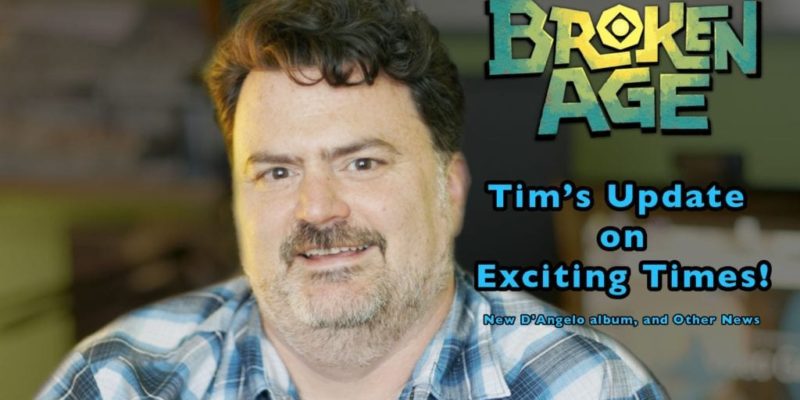 In his latest Broken Age update, Tim Schafer gives his thoughts on the treatment of Peter Molyneux by the press.

The Peter Molyneux criticism has died down this past week following the spate of interviews concerning GODUS development but Tim Schaefer has chipped in with his own comments in his latest Broken Age update.

Schafer “sends his support” to Peter Molyneux commenting on the “rough treatment” of Molyneux on the Internet and in the press. Schafer says:

“I think it’s unfortunate, unfair and I don’t think it’s healthy. Obviously things did not go as expected with his game, and because of that people are making some nasty accusations about Peter and I can really relate to that, believe it or not. I’m not saying that developers like Peter and I shouldn’t be responsible and accountable to deadlines, I’m just saying the reaction to recent events and the tone of the reaction is really way out of proportion to the seriousness of the events themselves.

“I think it’s clear that the problems Peter is having are not unique to him, and in fact they happen on many if not most projects.”

Schafer and the team are working on their documentary for Broken Age which they hope will let gamers and backers understand what goes into making a game.

In our podcast this week we debated this very topic and Tim Schafer and his ambitions were part of that discussion. While not everyone may agree, I believe that there has been an overreaction to the Molyneux events over the past two weeks. Molyneux had mentioned that he and his family had received threats following the the interviews being posted online and it’s unfortunate that gamers try and tackle issues like this with such extreme measures. Schaefer is right in saying that it’s unhealthy and the tone of some of the questions was uncalled for. Not all of the questions, just some of them.

Molyneux and 22Cans need to be held to account for the state of GODUS but they have stated numerous times in the past month that development will continue. They have not taken the money and run which is more than can be said for some projects we’ve seen on Kickstarter or Early Access.

Let’s just hope that all the negativity surrounding the events of the past couple of weeks can be put to one side and 22Cans pull their finger out and get the PC version of GODUS up to speed.