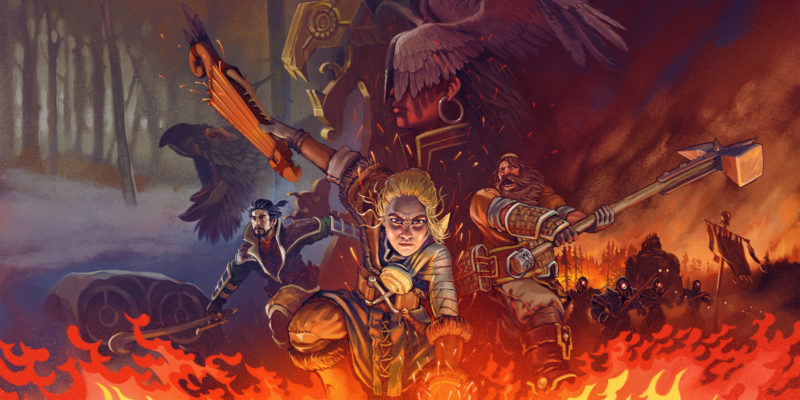 Iron Danger is an isometric real-time action-RPG that slides in and out of turn-based combat with time control abilities. And, unlike many film and game titles that attempt to dabble in time manipulation, it does an excellent job. Iron Danger has just launched on Steam, and in celebration of this, you can purchase it for 15% off its regular price until April 8.

The launch of Iron Danger comes with a new announcement trailer that provides you with a glimpse of the gameplay. You can check it out below.

Iron Danger is set in a war-torn steampunk world of magic and fantasy. It draws a lot on Nordic mythology and feels a lot like a magical version of Finland. You’ll play as a woman named Kipuna who is mortally wounded and left for dead when Northlanders invade her village. However, a magical crystal creature saves her life and bestows upon her the ability to turn back time. And so your story begins.

Your newfound ability to rewind the clock will let you experiment with a number of strategies as you battle your way across the land. The combat is a unique fusion of real-time and turn-based combat. You’ll use your time manipulation ability to dodge attacks or reposition on the battlefield and set up your next attacks in highly interactive environments.

Iron Danger publisher Deadalic Entertainment released another trailer showcasing all the features of the game in the build-up to its launch. If you missed that video, you can check it out below. It gives you a superb idea of how the game plays.

We managed to get our hands on the game before it launched and gave it an excellent 9/10. We found that the time manipulation works particularly well and only adds to the tactical combat experience.