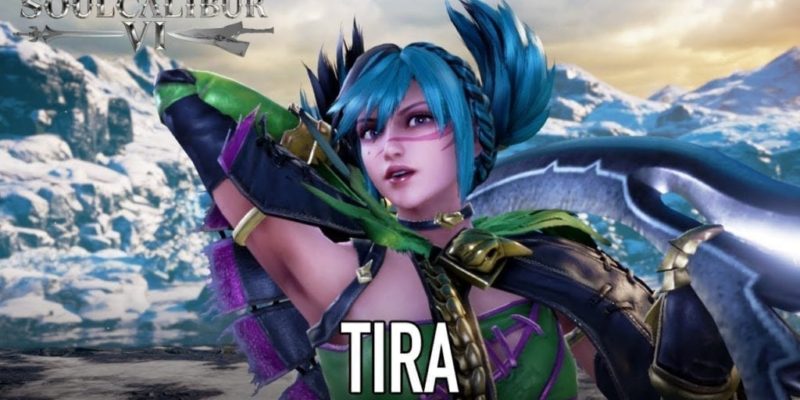 Tira and her hula hoop of death are both heading to Soulcalibur VI — for a price.

Bandai Namco revealed the fan favorite character earlier today at GamesCom. You can witness the ferocity of the emotionally unstable fighter in the new gameplay trailer below. Tira uses her Eiserne Drossel, a circular bladed weapon, like a crude surgical tool against her opponents. She damn near decapitates poor Mitsurugi.

Tira follows both Astaroth and Seong Mi-Na as the newest recruits to the Soulcalibur VI roster of fighters. However, she comes available as a DLC character, for those who buy the game’s season pass or if you decide to purchase her alone. Either way, you need to drop some coin if you want to take her ring blade for a spin. The price for both the Tira DLC as well as the season pass are as of yet unknown.

We’re still waiting to see if other classic Soulcalibur fighters make it into Bandai Namco’s latest installment. So far, there are 18 confirmed characters. Geralt of Rivia is the guest of honor, while Tira is now confirmed as the game’s first DLC character.

There are still a handful more playable fighters to be revealed. According to Prima Games, we still have one more new character to meet. As it stands, other than Tira, there are three more DLC fighters in the works. One of which should be brand new to the series. As far as predictions go, many believe there will be a Cervantes reveal at some point, since he’s the only character who really matters. Well, the only one who matters to me, anyhow. Seriously, Namco, you’re killing me over here.

Nonetheless, this won’t be the last character reveal before the game launches. Soulcalibur VI hits consoles and PC (as a digital-only release) later this year on October 19. For more on the game and its storied history, check out the official web page.