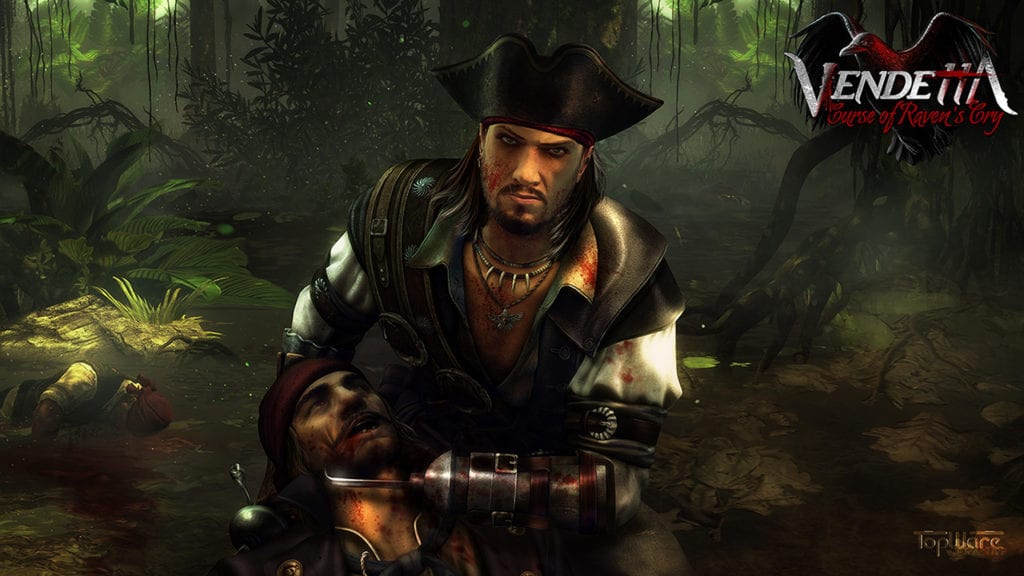 It appears that publisher TopWare might have been caught out by the powers that be at Steam for posting false reviews for their Vendetta – Curse of Ravens Cry release.

You may not have heard of Vendetta – Curse of Ravens Cry, but it’s a pirate themed adventure that was re-released last year and it came with some of the oddest game trailers we’ve seen featuring some quite fruity language.

Today there’s been some action on SteamDB which shows that entries and information for the game have been deleted from Steam.

It’s now thought that the game has been removed because publisher TopWare has been posting fake reviews which gave the game a 76% positive review score. This is of course against the rules of Steam and a very dodgy practice, especially when the game has been quite publicly slagged off by people unfortunate enough to have played it.

Metacritic’s user scores are down at 3.1, which is not always proof a game is bad, but in this case the user reviews are probably quite accurate.

TopWare has been accused of posting fake reviews in the past and there’s been plenty of evidence to show that the positive reviews are all coming on the same games from different individuals (shot 1 / shot 2).

The removal of Raven’s Cry is no loss to the PC gaming community but it has once again highlighted the problem of fake reviews on Steam games.