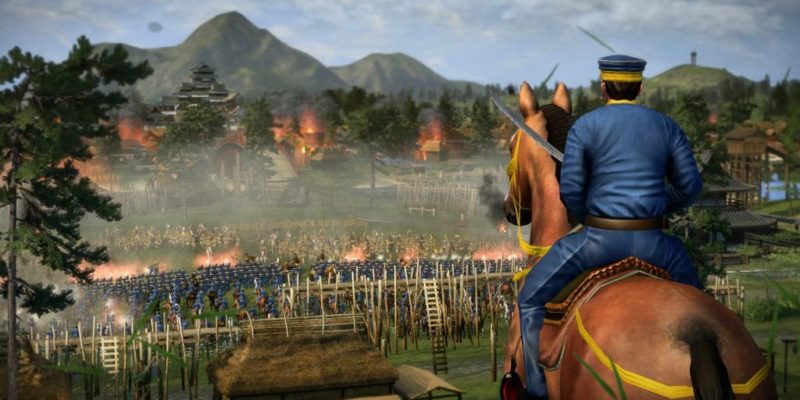 Last week, we reported on the newest trademark by Creative Assembly, Total War Saga: Troy. Today, Sega Europe and Creative Assembly announced a little rebranding of one of their previous games. The game formerly known as Total War: Shogun II – Fall of the Samurai is now Total War Saga: Fall of the Samurai. Additionally, all Steam users who owned a copy of the title will receive all DLC factions packs as a free gift. Except you won’t get the Blood Pack, for some reason that the companies didn’t explain.

According to the announcement, Fall of the Samurai has always encapsulated what Creative Assembly envisioned for its offshoot Saga series. Both in terms of size and scope, these titles take the grand strategy and real-time battles of a typical Total War game and channel these features into a particular flashpoint of history. This allows players to experience and potentially determine the outcome of pivotal historical events, even as the future of nations hang in the balance.

Rise and Fall of the Samurai

Fall of the Samurai depicts one of those pivotal historical events. Namely, it covers the dramatic clash of traditional Samurai culture and the explosive power of modern weaponry. Set 400 years after the events of Total War: Shogun II, you must guide ancient Japan into the modern era as the colonial arrival of America, Britain, and France cause a bloody civil war in Japan. This way will decide the future of the Land of the Rising Sun.

In order to celebrate this rebranding, which brings the Total War Saga series into a more prominent line, Sega Europe and Creative Assembly are offering a 75% discount on Fall of the Samurai on Steam. And, if that’s not enough, Total War Saga: Thrones of Britannia is also available with a 66% discount.

What do you think of the rebranding? Are Sega and Creative Assembly making way for more titles in the series, such as Total War Saga: Troy? Leave your comments below!