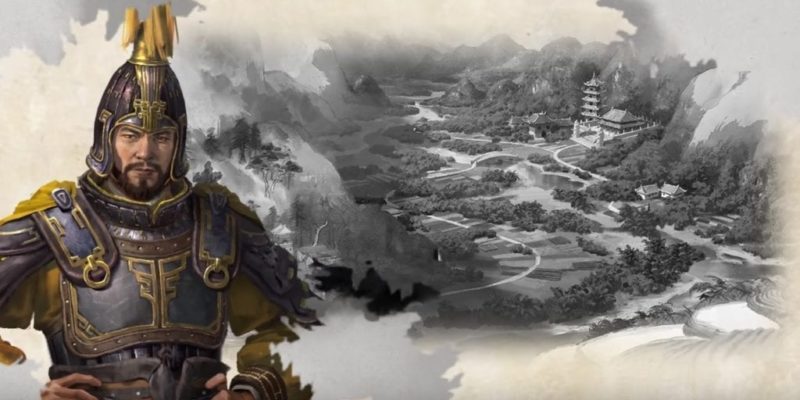 Total War: Three Kingdoms won’t be out until March 7, 2019, but it already looks like a number of changes are in place. It’s not just the art style and the way you command armies. It’s also how diplomacy works in the game along with the relationships you can form with other characters. We’ve included a couple of videos from Creative Assembly of how the diplomacy system works.

The same variables also apply to vassals. They aren’t just run-of-the-mill pushovers who follow your Warlord blindly. You’ll actually need to figure out the best deals to make before a vassal even agrees with your proposals such as in the case of Warlord Liu Biao and his vassal Cai Mao. You can also choose to trade food, a major resource for territories with rich farmlands.

Bluffing is even in the game, somewhat, wherein you can rattle the AI with a threat of war. Should the AI be cowed in fear, then good for you! That pushes the deal ahead. If not, war is automatically declared. You’ll have to hold on to your Red Hare horses and go to battle.

Allies Of The Three Kingdoms

Total War: Three Kingdoms also has two different types of alliances: Coalitions and Military Alliances. In the case of Coalitions, you’ll only need a neutral or better diplomatic standing with another faction. From there, you’ll need to haggle to arrange a pact. You can add more Warlords or enact new decisions that other Coalition members will need to vote on. Coalitions, however, are merely a loose alliance. Declaring war doesn’t mean that all other leaders will follow suit; you’ll actually have to convince other members first.

Military Alliances, on the other hand, require a strict commitment among leaders. You’ll need to be Marquis rank or higher to start it or transition your Coalition into one by vote. Military Alliances automatically create a Defensive Pact. Everyone is duty-bound to commit themselves fully in the event of war.

One last thing we have to mention is a notable returning feature in Total War: Three Kingdoms. That’s region trading — although it will be limited to regions that are adjacent to a faction’s territory. A notable occurrence happened when Liu Bei and Zhuge Liang proposed a trade for the entirety of Jing Province once they’ve established the Kingdom of Shu-Han in the eastern corner of China. Things did not turn out as planned, of course.

Overall, Coalitions and Military Alliances create a significant and intricate web among existing factions. On paper, these features, along with food and region trading, and vassal reactions, create a more detailed strategic experience. As mentioned, Total War: Three Kingdoms is still a ways off so we’ve yet to see how everything actually plays out when it comes to the finished product.