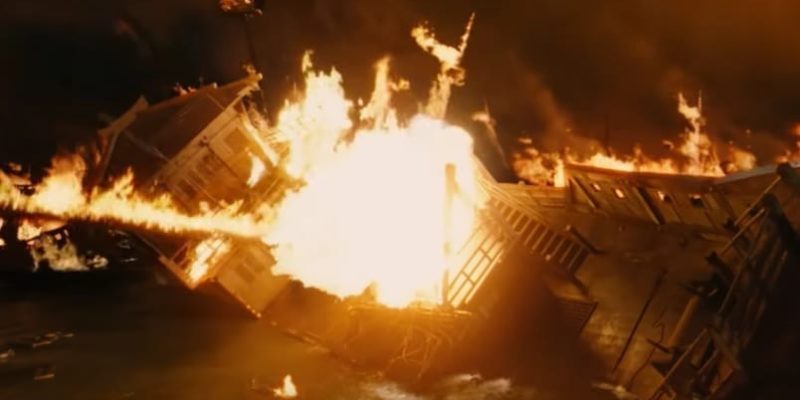 Well, that was a surprise. It looks as though Creative Assembly might not be adding naval battles to the upcoming Total War title, Three Kingdoms. For those who might not be aware, Total War: Three Kingdoms is based on the novel of the same name written centuries ago by Luo Guanzhong. The novel recorded events that happened towards the end of the Han Dynasty’s rule in China, along with the characters and battles that shaped history. So yes, it is a surprise that we might not even see naval battles in the game.

Creative Assembly, why no naval battles?

That is according to various streamers who were invited to a recent pre-GamesCom event. The original source was Invicta, a long-time Total War player and YouTube personality who received word that Total War: Three Kingdoms will not have naval battles. According to Invicta, the game will have “navigable rivers” but that there would be “no naval battles” when he got word from Creative Assembly. Invicta also assumes that certain battles like Red Cliff “might be auto-resolved.”

That has gotten many players confused. The non-inclusion of naval battles in Total War might be understandable for Warhammer. After all, land battles were the focus for the tabletop — unless we’d like to look more into Warhammer’s Man O’ War. But for a historical title where the navy played a key part, the decision is definitely strange.

Remember, during the Three Kingdoms period of China, controlling the terrain was highly important. The rivers themselves became natural barriers to invading forces. One of the main factions at the time, Eastern Wu led by Sun Jian and his children, would last longer than its rivals owing to the Yangtze River. In fact, Eastern Wu drilled its naval troops and became masters of seafaring to ensure its defense against opponents.

It’s also worth noting that the aforementioned Red Cliff, or the Battle of Chi-Bi, is one of the most critical moments during the time period. Cao Cao, poised to quash Sun Quan and Liu Bei, led “a million men” (probably just hundreds of thousands) to invade south of the Yangtze. Instead, Cao Cao’s opponents thwarted his plans when they burned his entire fleet with fire ships. You can see the battle depicted in the hit movie, aptly titled Red Cliff, below.

Although Total War: Three Kingdoms might not have naval battles, there are still other features to consider. We’re told by sources such as Invicta and also Party Elite that players will no longer lead a faction. Instead, we’ll be controlling warlords who head their own clans. These warlords pass on the mantle of leadership to their successors. Once opponents wipe out your clan, that’s a game over.

Historical characters can also die in the game, and streamers have told us that characters have bonds. These bonds might be historical/romanticized, either based on actual history or the novel or can form in the game. Should a character die, those who have established close kinship with him/her might go into a frenzy out of despair. This is fairly accurate. In the novel and in history, periods of extreme anguish and mourning followed the deaths of notable personages. In one particular incident, the deaths of Liu Bei’s sworn brothers Guan Yu and Zhang Fei prompted him to go to war against long-time ally Sun Quan.

We’ve also obtained more information on the various mechanics in play for characters. We already know they’d have their own types: Commander, Strategist, Vanguard, Champion, Sentinel. Each of these types or classes has its own strengths and weaknesses.

What’s new, however, is that these characters can act as agents themselves with their own unique actions. Likewise, they can also be spies, integrating themselves in other forces. Your opponents might think a character is part of their force, but when it’s your turn, you can still control them to commit sabotage or reveal more information. Character types can also influence the units that you can recruit.

Total War: Three Kingdoms still has a ways to go

Again, this is all preliminary information that we’ve obtained so far. We’ve also sought clarification from Creative Assembly to verify the information provided by streamers. Yes, having no naval battles does indeed mar the idea of full immersion in Total War: Three Kingdoms. But hey, who knows, maybe Creative Assembly would change their stance. The game itself is still a ways off and won’t release until next spring. As usual, PC Invasion will keep you up to date.

Get Farming Simulator 17 for just $10 via Steam