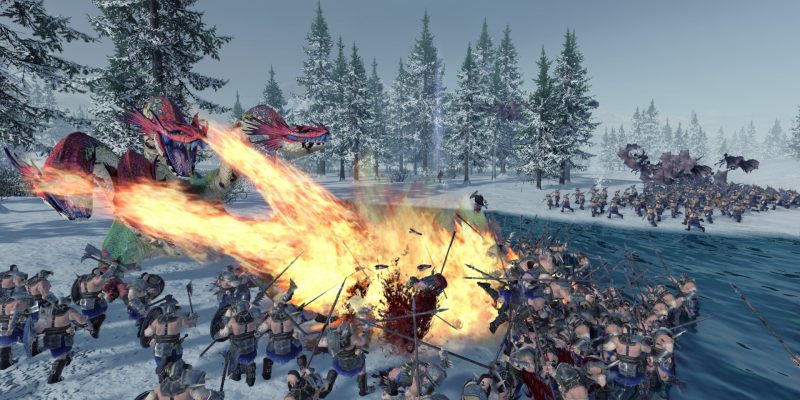 There’s been quite a lot of DLC for Total War: Warhammer II, but the final Lord Pack, The Silence and The Fury, has been announced with a release date set for the middle of July. The pack will launch on July 14, bringing with it hours of new content and options for people who have already exhausted a considerable amount of time into the game’s many other amenities. This is the seventh Lord Pack for the game, following the previous six, the last of which, The Twisted and The Twilight, launched in December of last year. Lord Packs have dominated the DLC releases for this title, comprising most of the paid DLC, as there have only been two campaign packs released in comparison.

The Silence and The Fury adds two new lords and their factions into Total War: Warhammer II. These are Taurox of the Beastmen and Oxyotl of the Lizardmen. For the Beastmen, Taurox is the legendary lord, and they come alongside five units and three regiments, including a lesser lord and a hero. Oxyotl, conversely, only has four units and three regiments, as it seems to be missing a lesser lord, at least according to the game’s fandom page, which will be adding more information as it’s made known.

The Silence and The Fury announced

As always, each lord and faction has unique gameplay mechanics and objectives that can’t be found elsewhere. Alongside The Silence and The Fury, Total War: Warhammer II will also be having a free update go live, which will include a new legendary lord for the Dwarfs, a new Beastman hero, and some recruitable mercenaries. There will also be Old World Updates for the Dwarf and Beastmen races, which will make their campaigns more deeply satisfying from a lore perspective. You can catch a glimpse of the new DLC via the announcement trailer below.