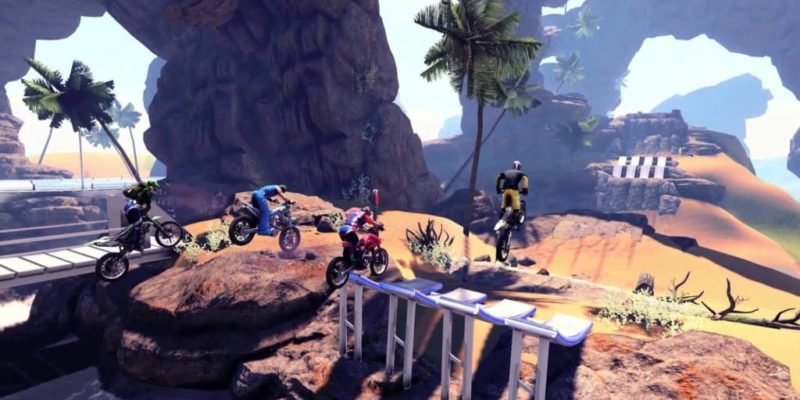 Good news! Trials Fusion, the sequel to much-beloved frustration simulator Trials Evolution, is coming out on 16 April with a price tag of £16.00 GBP. Bad news! It also has a Season Pass which costs the same price as the main game. News that may mitigate that bad news slightly! The Season Pass is for six DLC “packs” of new maps, riders, bikes and so on.

Those DLC bits will come out between April of this year and April of next (unless something unforeseen happens, of course, so keep that in mind before opting to buy.)

Otherwise, well, it’s going to be more Trials, you know? New maps, maybe slightly prettier graphics as Ubisoft says this one is being designed to take advantage of “next gen” hardware (or “current gen” as it’s known on the PC.) New features are also hinted at, but only something called the “FMX tricks system” is actually mentioned outright.

As is now standard, Trials Fusion will ship with an editor so the community can create some head-splitting tracks of their very own. Here’s the trailer.