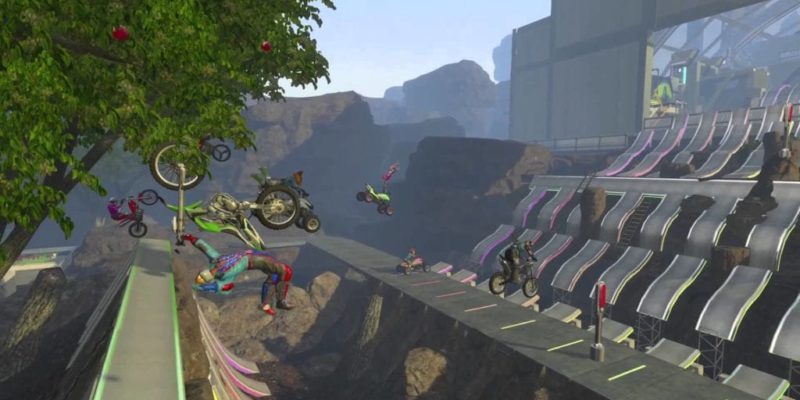 Alternatively it’s a way of announcing that Trials Fusion’s multiplayer portion has now launched across all platforms. Three modes, each for four to eight players, are now in the game. These are they:

In addition to that, the PC version of Trials Fusion has been patched to Update 4, details of which you can read in the following forum post. Here’s what’s changed:

Editor:
• Fixed controls in the Object Properties of Cavern Crystals to be shown shown correctly when player tries to change Roughness and Emission of object material
• Fixed an issue that could lead to a game crash when a user opens the object categories while an object is selected

Demo:
• Fixed incorrect unlock criteria being shown for some tracks in Demo version

Audio:
• Fixed an issue causing the Rider’s body to not trigger surface collision sounds
• Fixed an issue resulting in sound corruption in some places in the “Gravity of the Situation” challenge
• Fixed an issue with broken dynamic music in single player tracks from TU3.5
• Fixed an issue that could result in Training Program voice overs not playing if a training track is restarted

Tournaments:
• Added support for adding UGC tracks to Favorites from a UGC tournament
• Removed unnecessary button prompts that appeared while playing a track if the user logs out and then logs in again
• Fixed an issue that caused Tournaments with UGC to have broken images