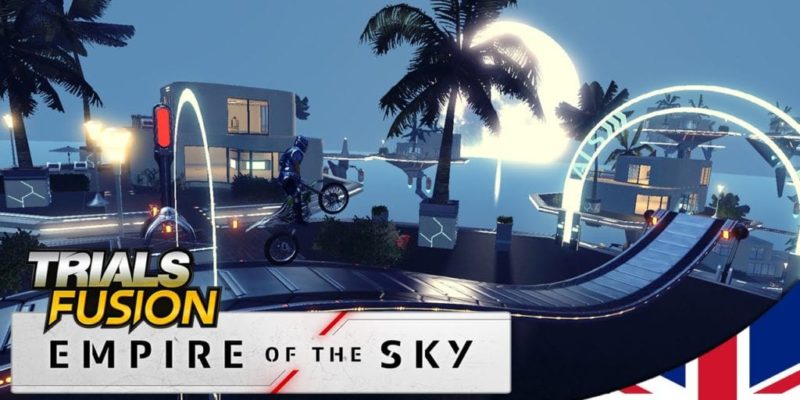 This is not Empire of the Sky. It is Trials Fusion, though.

The second DLC pack for Trials Fusion, Empire of the Sky, is out today.

Empire of the Sky adds another nine new tracks, including a Supercross track, a Skill Game, an FMX track, and a load of single-player tracks. There are 18 new track challenges and a host of new objects for creating your own tracks in the track editor, including floating platforms, anti-gravity technology, and force fields.

Empire of the Sky takes Trials Fusion to the “floating islands of the privileged”, so I’d expect technology, pretty scenery, and very long falls. It’ll cost you £3.99 by itself, or you can grab the Season Pass – containing six bits of Trials Fusion DLC, with the final one due by May 2015 – for £15.99.

I can’t actually see Empire of the Sky on Steam just yet, so I suppose it might be a 6pm launch (half an hour after the time of writing). Either way, you can have a look at the video below and decide whether it’s worth your four quid.

Hellgate resurfaces and looks like a cash grab. Do we want it to return?