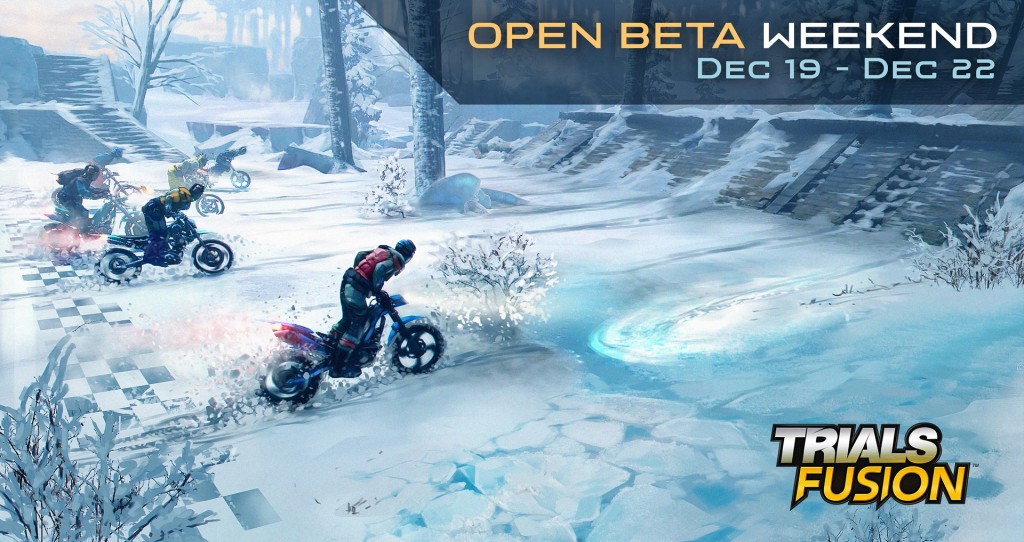 Fancy trialling your Trials Fusion skills against others? You’ll want to keep your weekend free, then, even if you don’t own the base game itself.

Trials Fusion‘s upcoming online multiplayer mode will be in open beta this weekend, between 19 December and 22 December – which means that, theoretically, it should’ve started now. Online multiplayer is a forthcoming free update to the game which will allow eight players to race against each other, and you can try it out for free for the next few days.

And, yes, it looks like you can try it out even if you don’t own Trials Fusion. All you have to do is sign into uPlay, go to the “Free” tab at the top, click on the Trials Fusion Multiplayer Open Beta box, and add it to your games. Voila, you can now install it and play it. Open betas, everybody!

The full version of Trials Fusion‘s online multiplayer is due “early 2015.” This open beta will end considerably sooner, at 10am CET on 22 December.