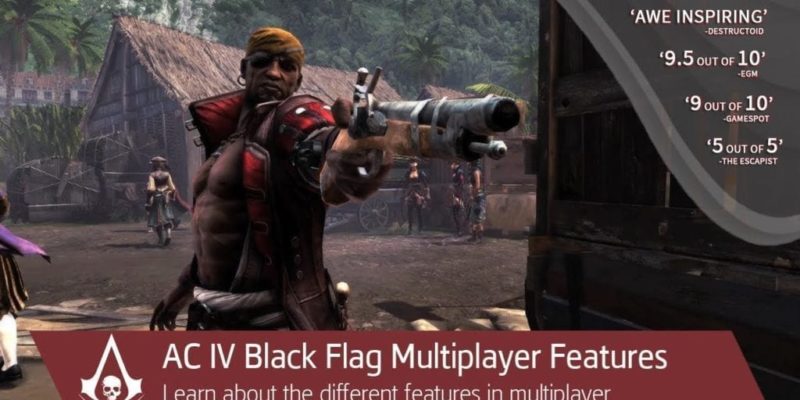 Ubisoft has opened the sails and cut the ties, and released a multiplayer features trailer for the latest title in the Assassins Creed franchise. Black Flag sailed into stores last week, and if you have not yet dipped your toes into the shark infested waters that is its multiplayer, this trailer may get you thinking about rectifying that.

So with that, here is the multiplayer features trailer for Ubisoft’s swashbuckling addition to the AC series. Check it out, or we’ll make ye walk the plank…..Arrrgh!

Assassins Creed IV: Black Flag is in stores now for PlayStation 3, Xbox 360, PC, and the WiiU. The game is also set to releases alongside Sony’s PlayStation 4 next week, and again on Microsoft’s XboxOne when it launches later this month.

In relation to Assassins Creed, last week Ubisoft announced they have decided to their suspend Uplay passports that come with their games after fans complained about the service.