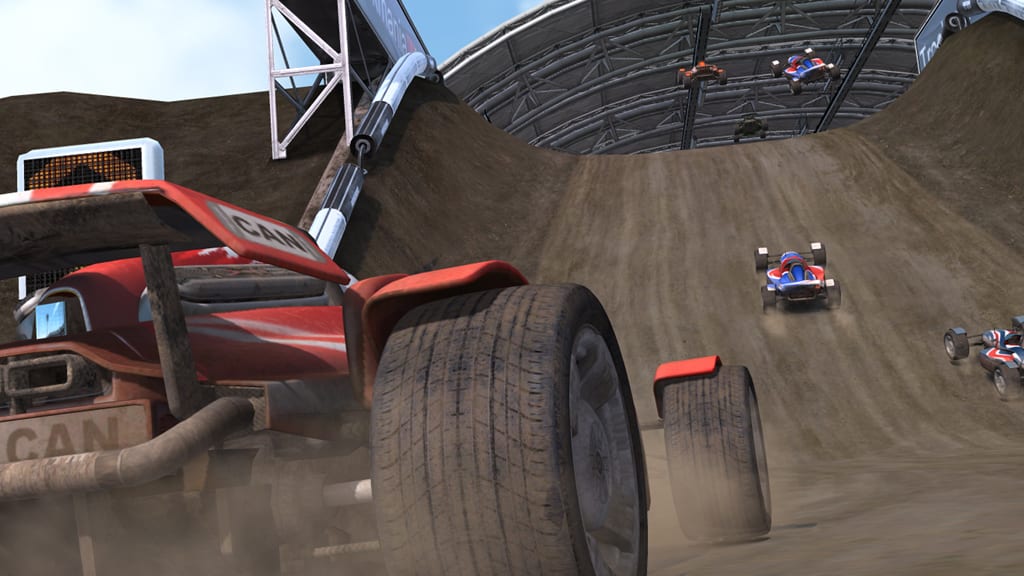 A new Trackmania game is on the way. As announced by Ubisoft in an official news update, the French publisher is remaking Trackmania Nations. Planned to release on May 5, the Nations Remake will serve as a seasonal title that receives various long-term updates. This is being introduced to combat how players often “rush through the campaign” and then stop playing altogether.

Originally released in 2006, Nadeo’s Trackmania Nations was the third game released in the Trackmania series. As stated by studio managing director Florent Castelnerac, Nadeo is “five times bigger” than when it first began. Given how much the developer has expanded since its early days, fans can expect some big changes this time around.

The remake will build on the original’s ideas by adding various new features. For example, they have expanded the track creator greatly, allowing players to use special blocks and new surfaces. Also, there will be a ton of community events ranging from casual face-offs to professional tournaments, all built into the game client itself.

One aspect that Ubisoft hasn’t gone into detail about yet is pricing. The early Trackmania titles are well-known for being free-t0-play while making money through advertisements. This was a model used in the 2000s by some other games too, like RuneScape.

However, this model is widely redundant today and has long since been replaced by subscriptions and, even more recently, microtransactions and battle passes. Given the negative PR surrounding loot boxes and pay-to-win models, we can only hope Ubisoft doesn’t give in to that temptation.

Similarly, we have no idea what platforms Trackmania Nations Remake will launch on. The original is available as a free-to-play title on Steam right now, but that released over ten years ago. Since then, Uplay has become a thing, hosting many of Ubisoft’s signature titles such as Assassin’s Creed and The Division. It’s possible that the new Trackmania could end up as a Uplay exclusive.