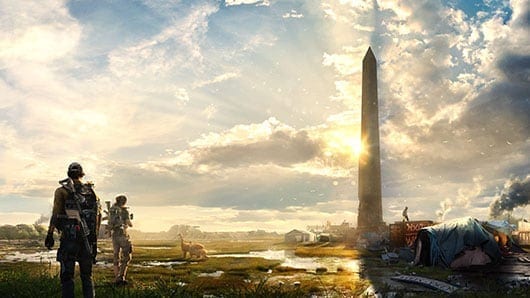 Ubisoft put out a financial report on its current slate of games today. It contains mostly what you would expect. Interest in Assassin’s Creed Odyssey is up thanks to its recent expansion. Rainbow Six Siege continues to be one of the best shooters out right now (my words, not theirs). Watch Dogs: Legion and Ghost Recon Breakpoint brought a lot of attention from their E3 debuts. But right in the middle of that is something you might not expect: “The Division 2: the industry’s biggest hit since the beginning of the year.”  Now, I don’t want to imply that The Division 2 isn’t worthy of being the best-selling game of the year. It is truly very good and it’s been supported incredibly well.

That all said, you should probably take that claim with a grain of salt. Ubisoft’s claim is based on an estimate of units sold on all platforms between January and June 2019. According to Ubisoft, the game failed to meet sales expectations on console. While it’s true that PC engagement has been high, it’s not like The Division 2 has been topping the charts every month. But I suppose having a solid sales performance each month beats being on top just once. The game also had the hurdle of skipping Steam in favor of launching on UPlay and the Epic Games Store. Somehow, it has overcome all of that to allegedly become the best-selling game of the year so far. It seems like Ubisoft’s gambit to focus on supporting games longer has really paid off for them.

It’s likely that The Division 2‘s success will only continue. Ubisoft made the shift to having longer life cycles for their games, and it is paying them back incredibly well. Inside that same report was the fact that Rainbow Six Siege, a game that came out a full four years ago, is among the top ten best-selling games of the last five years. It, alongside Steep, For Honor, and The Division (the first one) have all received years’ worth of content.

That keeps players engaged long after they would have moved on from most other games. It’s not a perfect system by a long shot, (Siege‘s latest event had over $70 worth of cosmetic items for sale.) but it seems to be working extremely well for them. With The Division 2 promising to keep new gameplay content free for all players (with 7-day early access to those who want to pay for it), it’s sure to have a long tail.

The future is digital

Also posted in this report is another revelation. A full 93.1 percent of Ubisoft’s revenue during the first quarter this year came from digital sales (up from 75.2 percent last year). With several big games on the horizon for them, it is very likely that we’ll see them continuing the push into the PC gaming market. With Watch Dogs: Legion, Ghost Recon Breakpoint, Rainbow Six Quarantine, and Gods & Monsters all on the horizon, it looks like they’re aiming to continue building a strong library. They’re going to need to keep putting out good content to get people hooked on their $14.99/month UPlay+ subscription service when it launches later this year.