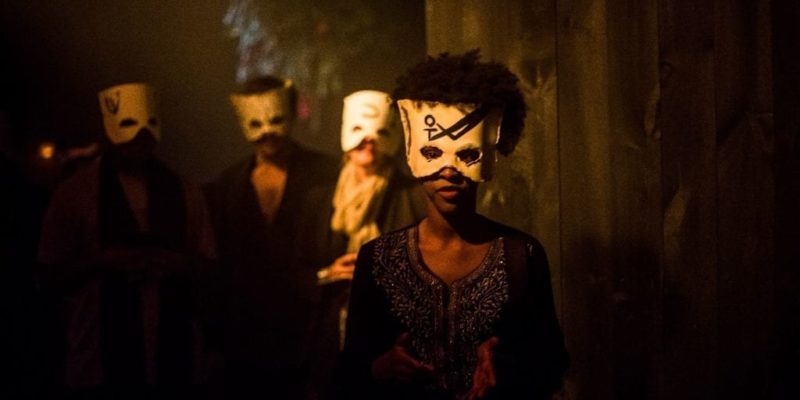 Tales involving secret societies date back hundreds of years, each with their own mythos and sense of mystery. But Unknown 9 wants people to discover its secrets by launching an ambitious plan that will play across several different media platforms at once.

Created by Reflector Entertainment, whose co-founder and CEO Alexandre Amancio worked on the Assassin’s Creed franchise, Unknown 9 is a transmedia thriller that spans across podcasts, novels, comic books, video games, and more. The stories center on an organization called The Leap Year Society and its quest to find lost knowledge dealing with the occult. They are told in a non-linear format, meaning that the platforms complement each other without spoiling the stories on any of them.

“Every single medium is a point of entry into the franchise,” Amancio told PC Invasion.

Unknown 9 features an evolving storyline that divided into multiple story cycles. The first one has already begun.

The Leap Year Society podcast launched in September, and a comic book series is slated for next year along with the first novel in a book trilogy. Other projects in development include a TV series headed by Tim Kring (Crossing Jordan; Heroes), a movie, a PC/console video game, and a mobile game. There’s also a documentary in the works in addition to a separate novel and another podcast series. According to Amancio, content plans stretch out to 2021.

Step into unknown worlds beyond our own. What secrets lie in the future? #Unknown9 pic.twitter.com/6TxgUmDCOU

An ongoing alternate reality game (ARG) wraps up all of these plans, allowing fans to decipher clues found in the real world to delve deeper into a meta-story adventure.

Amancio explained that his work on Assassin’s Creed partly inspired the massive transmedia project. He felt that the Assassin’s Creed mythology was a bigger aspect than the game. The core of this mythology was the video games, of course. But its stories also spread across comics books and novels, which helped drive the franchise’s popularity.

As a result, he worked to centralize the media and helped create a pilot for an animated Assassin’s Creed series. It ended up becoming the short film Assassin’s Creed Embers, which shipped with Revelations.

“I want to bring magic back to the world,” said Amancio. “I feel that every time we reach a technological plateau, people look to the occult and the unknown.”

Connecting With The Beyond

Amancio compares our society’s reliance on technology to the end of the 19th Century. Back then, patent offices were closing across the United States. Charles Duell, the commissioner at the time, is believed to have said, “Everything that can be invented has been invented.” The era led to an increased interest in the occult, as more people felt that they needed a connection with a broader world.

Duell’s quote is a myth that plays nicely into the themes of Unknown 9. Even with all the world’s knowledge at our fingertips, removing much of the wonder from the world, there are those who believe there’s more to it. They want to peek behind the curtain of reality. Well, The Leap Year Society is recruiting new members to do just that. 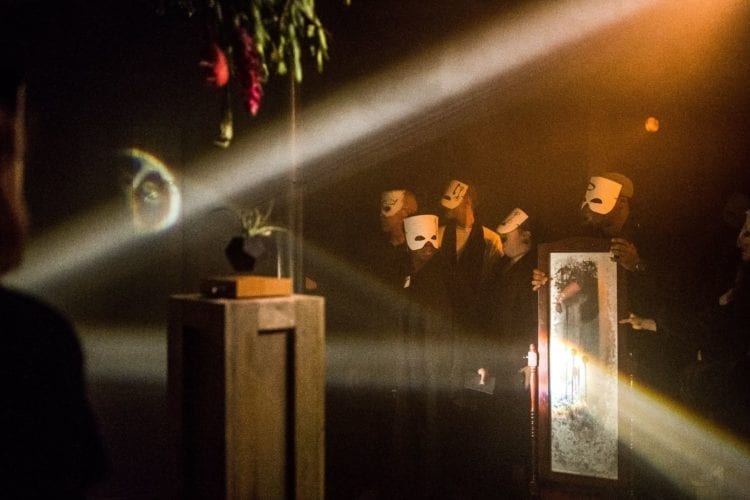 Amancio said that work on Unknown 9 started about four years ago, but it has grown exponentially over the past few months. Rooted in existing folklore to make it more believable, the project was born out of a reaction to declining viewership for television shows and movies. Audiences aren’t leaving because they no longer want entertainment. It’s because these channels aren’t delivering content the way people want to consume them. So, instead of pushing content to audiences, Unknown 9 lets fans pull at the threads so they can follow them.

“I felt that this new way of storytelling – basing everything on the media agnostic mythology using every single medium,” Amancio explained. “It’s like sections of an orchestra that you’re conducting to create a complex symphony.”

The project has already inspired a strong following. Amancio said that ARG players have been deciphering clues at a phenomenal rate. He added that some players even broke into buildings in hopes of finding more clues. Others purchased tickets to New York City without knowing what was in store because the clues pointed there.

Unknown 9 debuted an interactive theater experience at the New York Comic Con. In it, actors inducted participants into the Leap Year Society. The ritual involved chanting, walking around while blindfolded, wearing masks, and chatting with guests about human evolution and knowledge. All the while, they alluded to an experiment that went wrong, leading to a comatose woman who required saving. That led to a live action event, where a beam of light opened a secret door to a hidden chamber.

Some guests were taken aside and given instructions to help participate in the show by helping to uncover an “otherworldly” creature disguised among the initiates. Although the exact details still remain vague, the experience ended with the guests opening the portal to another world. Perhaps it was the afterlife or another dimension. Whatever it was, a presence came through and “possessed” one of the characters, forcing all the guests to flee. 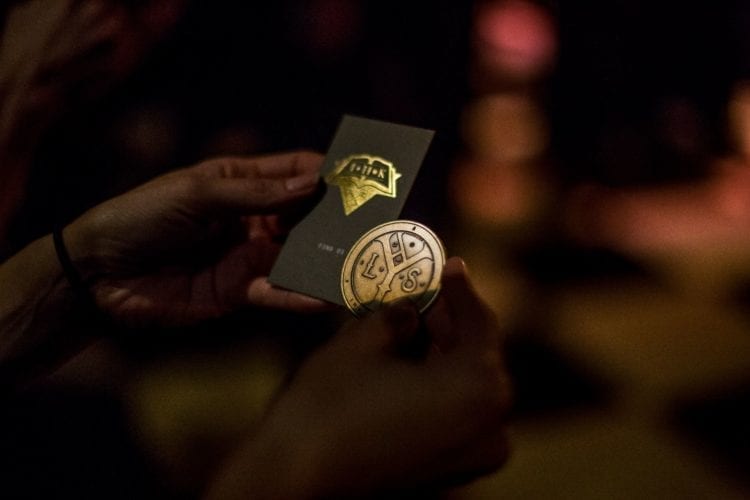 While that might seem like the conclusion to the ARG, it turned out to be one step in it. Guests received puzzle cards to help them figure out the next clue. Taken as a whole, Unknown 9 seeks to create active audiences, as opposed to passive ones who will quickly move on to the next story. It’s with this multichannel approach that more people will learn about the experience and perhaps search for the truth themselves.

However, the ARG is designed for a specific audience, while the podcast and others are made for another. Each individual experience will be satisfying by themselves, but more hardcore fans will seek to go deeper into the mythology.

Reflector Entertainment is still working out details about where to show the TV series and movie. However, Amancio said that they will delivered them in a relevant way to audiences. In the meantime, the video game is being developed by industry veterans who also worked on Assassin’s Creed, the Batman Arkham series, Deus Ex, Tomb Raider, and Watch Dogs.

Unknown 9 is the first of many transmedia projects Reflector has in development, which all must be “relevant to the zeitgeist of today.” In this case, one of the themes is humanity transitioning into maturity.

With the progress of science and technology, humanity is gaining the power of gods. With it comes the ability to destroy ourselves, but many aren’t ready to accept that kind of responsibility. Amancio likens it to being a teenager, who has an adult’s strength but is still growing out of childhood.

But unlike games such as Assassin’s Creed, there are no clear lines of good or evil. There are only interests and what people are willing to do to pursue them.

“We want people to decide for themselves,” said Amancio. “Our jobs, first and foremost, is intelligent and relevant entertainment.”

Here’s What’s Next For Ring of Elysium After Launch

11-11: Memories Retold Will Have A War Child DLC For Charity