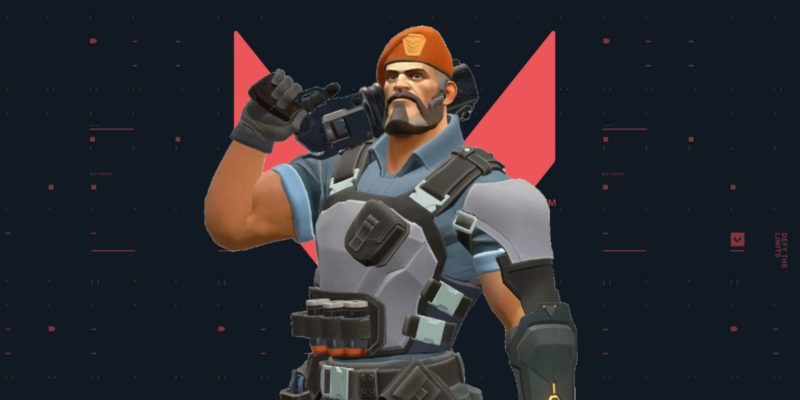 As Valorant continues to dominate Twitch and allow more people into its closed beta, Riot Games continues with its agent introduction videos. Before the beta, these were an amazing way for fans to check out the agents and their abilities. But now, we’ve seen all the agents in action for hours. The videos have lost their impact a bit. Even so, Brimstone remains determined to make his mark on Valorant and its community.

The American-born Brimstone has a lot of utility at his disposal, which he can use to support his team. We don’t know much about the backstories of any of the Valorant agents yet. However, from his outfit, manner of speaking, and tactical abilities, it seems safe to assume Brimstone is some kind of army veteran.

You can see Brimstone throw down his first ability, Stim Beacon, in the video above. The beacon grants Rapid Fire to any of your Valorant teammates who enter the field. This will increase their fire rate, reload speed, and recoil spread recovery. The Stim Beacon can provide your team with a huge advantage as you’re entering a site.

Incendiary is Brimstone’s second ability. It’s basically a Molotov, allowing you to block off an area or force an enemy out of cover.

Brimstone’s Signature ability in Valorant is called Sky Smoke. And it’s incredibly useful. Brimstone brings up the tactical map on his arm and lets you choose up to three locations to drop a cloud of smoke anywhere on the map.

The tactical map is also how Brimstone uses his Ultimate ability, Orbital Strike. The location you select will be hit with a lingering Orbital Strike, dealing high damage to enemies caught in it.

If you still haven’t been rewarded with a Valorant closed beta access drop on Twitch, you’ll be pleased to know that Riot has increased the server capacity, drops are happening 24 hours a day, and all Valorant Twitch streams now have drops enabled.

Riot has also thrown a lifeline to players outside of the currently included beta regions. South Korea, Brazil, and Latin America will all join in the closed beta soon. As that approaches, make sure to check out exactly what you need to do to be eligible for a drop.