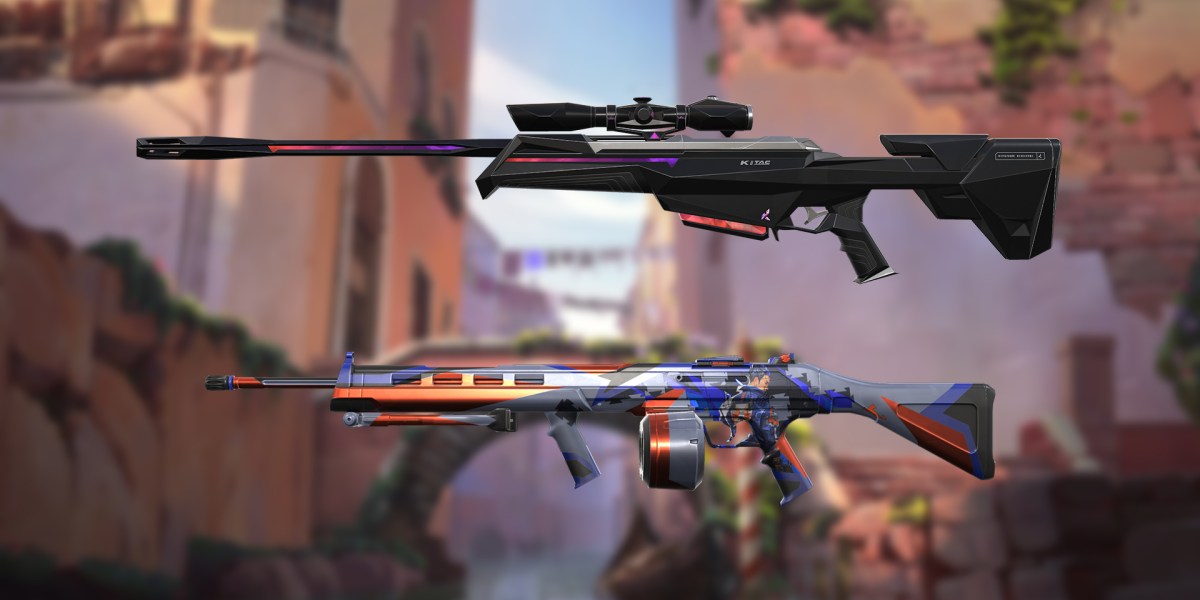 Valorant is popping off with content at the moment. It recently passed its first anniversary and the developer is celebrating with events throughout the entire month of June. Riot Games also just revealed the new agent, KAY/O. Along with the new agent, it also revealed all the weapon skins, gun buddies, sprays, and player cards available in the Valorant Episode 3 Act I battle pass.

Let’s start with the weapon skins, because I know those are everyone’s favorites. There are three themes available in this pass, Jigsaw, Monarch, and K/TAC. The Jigsaw skins showcase the agents released in Valorant since it launched. Except for KAY/O.

You will be able to unlock an Ares, Ghost, Guardian, and Judge with the Jigsaw skin. However, each one will come standard with a different agent on the weapon. You can unlock the other three agents with Radianite Points.

The Monarch weapon cosmetics apply a regal, elegant-looking skin to weapons. The Valorant Act 3 Episode I battle pass will have versions of the skin for the Bucky, Frenzy, Marshal, and Shorty.

Finally, the K/TAC skins. I think these are the best-looking cosmetics in the pass. They look futuristic and deadly. Plus, they’re Kingdom-themed, which is a nice little touch for the lore enthusiasts out there. You will be able to earn K/TAC skins for the Bulldog, Operator, Sheriff, and Vandal. The melee weapon in this battle pass is also K/TAC-themed. It’s a clean, minimalist sword. 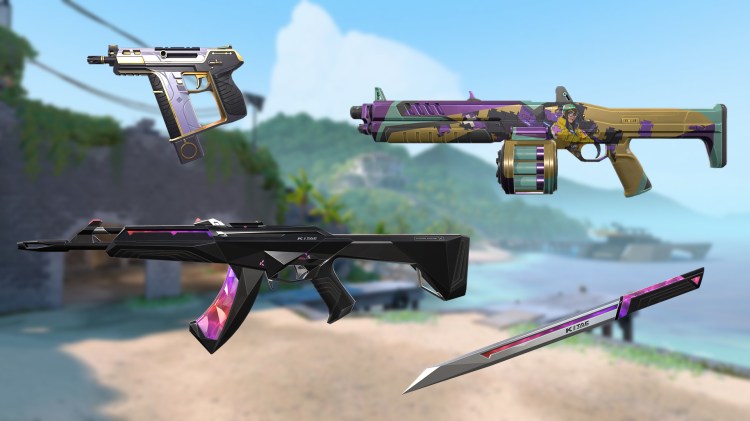 In addition to the numerous weapon skins, you can also unlock a whole load of gun buddies, sprays, and player cards. The best gun buddies and sprays are the humorous ones. For instance, there’s a gun buddy that comes with a “W” key from a keyboard – poking fun at players who constantly rush in.

The chibi sprays are particularly entertaining. I love the one of Sage crawling under the weight of carrying her team. The max money one is also good. As is the octopus, which continues to fuel the “Omen is an octopus” fire. 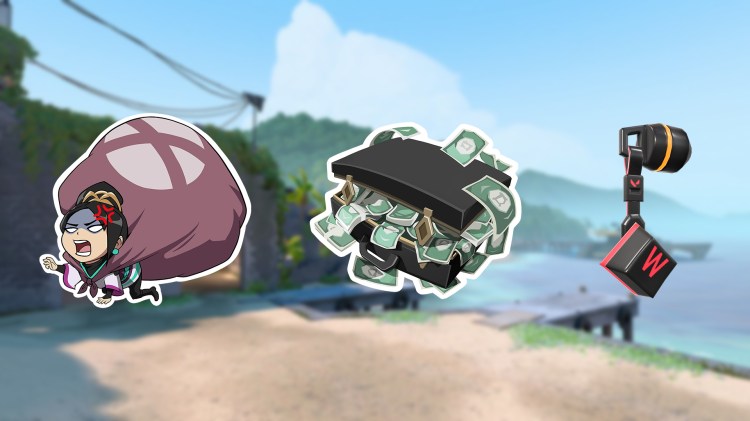 There are 11 player cards to collect. There’s a wide variety there and I’m sure everyone will find something to their liking. My favorite is the Cosmic Connection, closely followed by the NakedOP. The player card depicting the breaking of a piggy bank to afford a Bulldog is gold. 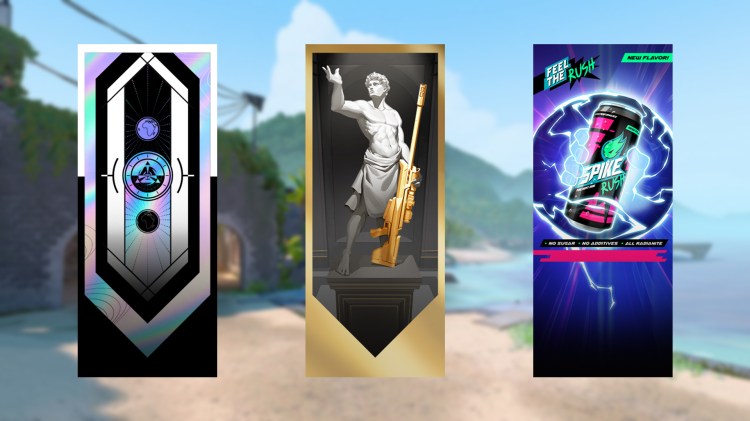 As mentioned earlier in the month, there’s a free battle pass coming to all Valorant players in celebration of the game’s anniversary. You can unlock five items in the pass.

There’s a slice of cake gun buddy with one candle in it. There’s an Episode 3 Act I player card, as well as a card of Jett slicing cake with her kunai. You can also unlock the YR1 and Year One titles. And earn yourself 20 Radianite Points. Other than the Radianite and Jett player card, there’s nothing amazing here. But it’s all nice and it’s all free. 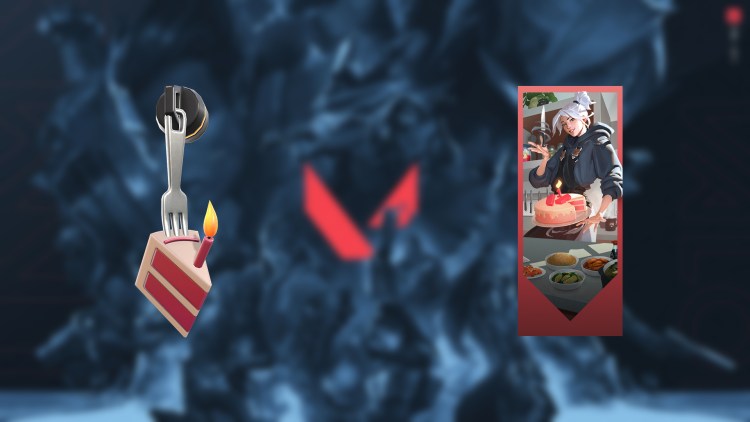 To help you get a jump on your Episode 3 Act I battle pass, Valorant will have a Squad Boost in the game from June 22 to July 6. During this time, players will be able to earn more experience based upon the number of players in their squad.

There’s also a Valorant Test Environment launching on July 9. If you’d like a chance to get into that, you can sign up here.