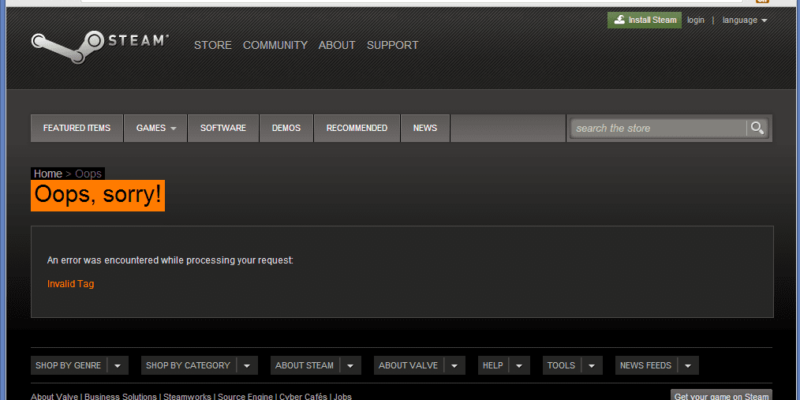 This was confirmed a few days ago, but it’s no less newsworthy, or annoying today.

Confirmed. Valve are preventing their customers using the tag system to warn each other about region locking https://t.co/ywgocjyLPO

Valve was previously removing game tags that could be interpreted as bullying, sexist, racist, or in other ways unacceptably offensive. To be fair to Steam users, however, they took the opportunity to tag games in ways that were sarcastic and hilarious.

This, however, would be one instance I side with the Steam users and their tags. Why can’t users tell everyone else games are region locked? Wouldn’t it be just right to warn people beforehand? This isn’t information that they couldn’t learn on their own anyway. Valve is well within their rights to do this, but considering they’re known for favoring their consumers, this is a strange, befuddling move for the company.

Intel, Microsoft want to bring back Windows Gaming (but can they?)

Ouya Games Are Now Free! From Free To Play And Exclusivity Clauses