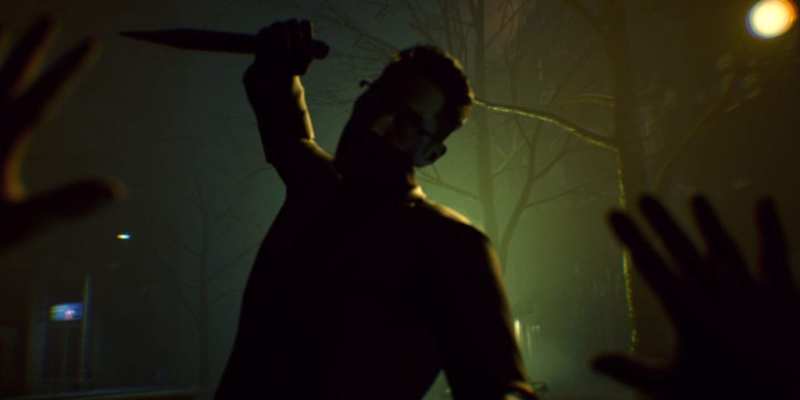 It’s finally here! After years of waiting, we’re finally going to see a continuation of the cult classic series. Vampire: The Masquerade – Bloodlines 2 has been officially announced, and with it comes a brand new trailer. Check it out below:

Rumors started to circulate as far as back 2015 when Paradox Interactive acquired White Wolf Publishing. Back then, EVE Online makers CCP tried to make something out of the World of Darkness license to no avail. Yeah, trying to turn it into an MMO might not have been the best idea. The project turned to ash overnight until Paradox’s acquisition. As we reported then, the internet was abuzz with rumors from Chris Avellone’s involvement as well as Brian Mitsoda’s (the head writer and designer for the original Bloodlines game released in 2004).

Still, fans had to wait, and wait they did for many nights and many moons. Suddenly, out of the blue, an odd dating app called Tender went live. The browser-based augmented reality game (ARG) was akin to a profile builder and dating sim. Nothing seemed out of the ordinary until you saw gothic art, creepy vibes, and blood. You just knew Paradox was up to something.

During this year’s GDC, Paradox held an event for fans and a handful of Tender users. It was eventually revealed that the app was, in kayfabe, a means of luring and attracting prey for the Kindred (the vampires in the lore). What followed was the trailer above, a collective shout of exultation, and probably lots of blood drinking. Avellone and Mitsoda have been confirmed as part of the crew that worked on the game.

#Bloodlines2 This announcement makes my fangs happy – and I’m honored I got the opportunity to work on it. pic.twitter.com/YvTOjzcgbQ

Vampire: The Masquerade – Bloodlines 2 releases in Q1 2020. That’s a long time to wait but, thankfully, you can pre-order now. You can find it on Steam, GOG, Epic (no, it’s not an exclusive), and Paradox’s official website. The game also has multiple editions for you to choose from:

There’s still one year to go until we arrive in Seattle, immersing ourselves in the World of Darkness once more. We can’t wait! Can we please go outside our sarcophagi now?