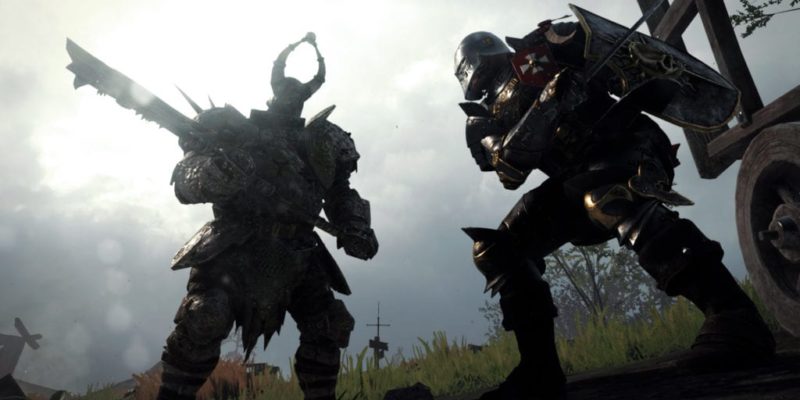 More details about Warhammer: Vermintide 2 have been released today, putting a bit more flesh on the bones of the initial reveal. There’s confirmation that the Skaven will be teaming up with Chaos to double your number of antagonists, some pre-alpha gameplay footage, and information about Hero ‘careers’.

The five main characters from the first game are all returning. That’s confirmed through a combination of today’s screenshots and the aforementioned alpha footage (you can see all of that below). This time, each one will have three different ‘careers’ to choose from. The trailer shows Bardin (the Dwarf Ranger) having the choice of being a Slayer, a Crossbowman, or a warrior with a hammer. Vermintide 2 will also have talent trees and progression for each character.

Fatshark are promising an improved loot system as well, one which drops loot relevant to your chosen career. The same four player co-op structure will, of course, be returning too.

“We have listened to the community, analyzed hours and hours of online playthroughs, and combined this with our passion for co-op games to bring you the very best experience possible,” says Fatshark’s Martin Wahlund.

Adding Chaos as enemies is an interesting move. Their basic soldiers (Norscan marauders) aren’t necessarily super interesting, but the Chaos gods in Warhammer have all kinds of weird and grotesque demons to call upon. Chaos Warriors themselves are pretty fearsome too. It looks like Chaos Spawn will be in, judging by one particular moment in the trailer.

Warhammer: Vermintide 2 is scheduled for release in the first quarter of 2018. So, January-March time.

Wolfenstein 2 launch trailer appears early with a call to arms

Visceral are the latest studio eliminated by EA

By A.K Rahming34 mins ago
News