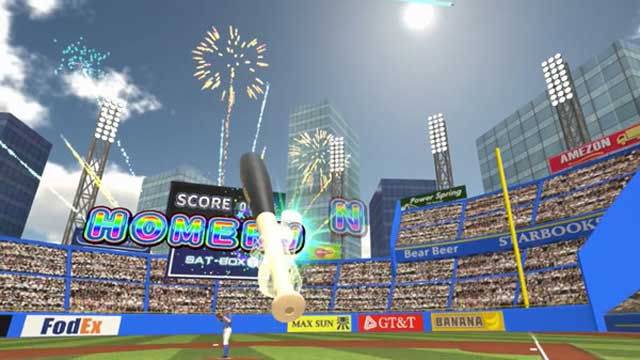 VR lends itself well to certain sports games, much like the Wii did for Nintendo. The latest VR sports themed game is the imaginatively titled VR Sports, and it brings a selection of VR-suitable sport themed games to the Vive.

Starting with bowling: it’s what you’d expect, in that you grab a ball and knock down the pins. There are a selection of balls to choose from and each is slightly different in weight and how much it will spin. It’s one way of getting around the limitations of what the controllers can manage. It works reasonably well and it feels accurate. 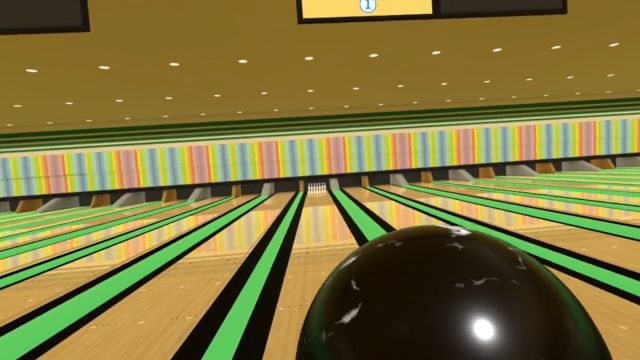 Homerun Baseball feels more like a mini-game. Standing on the plate you are pitched a series of balls at varying speeds. However, it’s not good enough to simply make contact with the ball: you have to hit the thing out the park. It works well enough… but it doesn’t really feel like you’re playing baseball, because only one hand is being used instead of a two-handed bat. It’s probably one of the weakest games of the bunch.

Soccer – or, to use its proper name, football – is an exercise in goalkeeping. Pulling on goalie gloves, players have to stop the ball hitting the back of the net. The strikers start from different positions outside the goal area and punt the ball at you, and you simply block the ball with your hands. It feels slightly odd as you would usually use your whole body to block a shot, so there’s some weirdness in remembering that it’s only your hands that can defend the goal. You feel a bit cheated a times; it just doesn’t feel that accurate.

Basketball is like the goalie mode in reverse, in that you’re now asked to shoot hoops from different positions on the court. Oddly enough, this game felt rather forgiving and it was quite easy to make the shots. Still, it worked as expected. 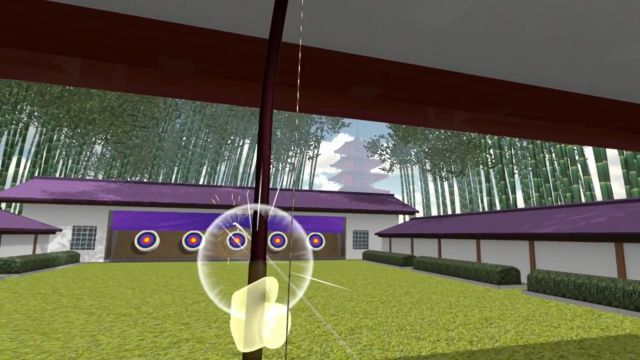 Archery involves shooting arrows at targets (surprise!) and it does take some practice to make the shots. You hold the bow in the left hand and use the right controller to pick up arrows, nock them, and draw the bowstring – and it’s not that easy to aim. My first few shots were appalling until I realised that you have to line the bow up into a position that probably wouldn’t work in real life. Once you get over the little quirks, though, this was one of the better games.

The boxing isn’t bad and it could make for a good workout. After placing the gloves on each hand, you take the gentlemanly approach of touching gloves with the opponent and then battering the hell out of them. You can block, hook, uppercut, dish out body shots, and dodge. There’s a KO metre at the top showing the health of both you and the AI, and whoever has the most left at the end wins. It’s an okay representation of boxing. 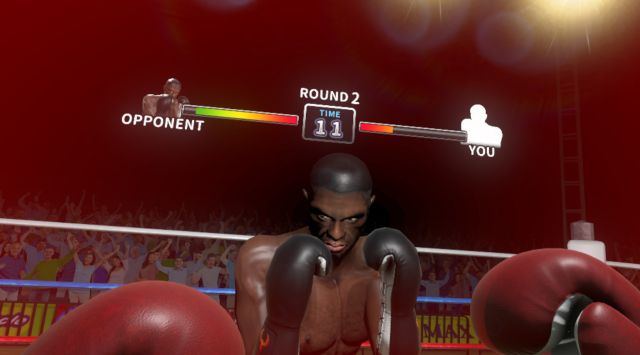 The last sport – and the one that felt the most unnatural – was the clay shooting. The rifle is lifted with the right hand, while the left hand controls the angle of the end of the barrel. Sounds alright? Well, when lining up a shot, both controllers need to be aligned and you need to be looking right down the length of the barrel. If the controllers were joined together it would feel natural, but with the separation it’s a bit hit and miss (no pun intended) which was a little disappointing.

VR Sports is aiming for the Wii Sports audience, and while most of the sports are okay, it’s let down by some quirks due to the way the mechanics work with the VR kit. It’s also not that visually impressive compared to other titles we have seen. Fortunately, the game is pretty cheap at the moment and it might be fine for some family fun – and it does at least offer a wide selection of sports in one package.

But arguably the biggest problem with VR Sports is that, unlike the Wii, VR is not exactly a sociable experience. As this experience feels naturally limited to solo players, it may end up with a very limited lifespan on your hard drive.