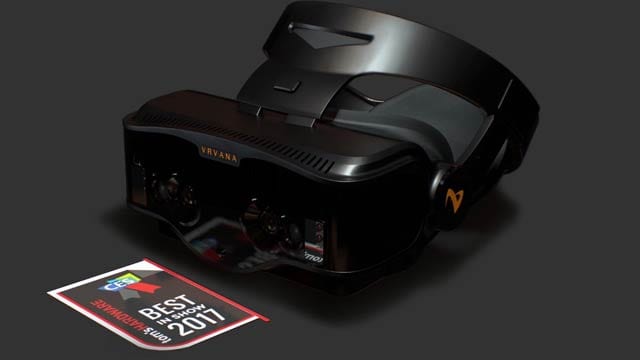 Today it’s been revealed that the Canadian start-up has been acquired by Apple for around 30M according to TechCrunch. The Totem was set to go up against the main VR players and when we spoke to CEO Bertrand Nepveu in 2014 he wasn’t concerned about the competition and was prepared to push it into a Kickstarter which he did in September 2014 but the Kickstarter was canceled.

Since then, Vrvana has been rather quiet about the Totem and it never actually shipped despite receiving positive feedback from those who had the opportunity to test the rough prototypes. Vrvana has spent time perfecting their AR/VR technology and that is what will have attracted Apple to the start-up. Vrvana appeared to be moving away from the gaming market, and an indication of this was on their site where they are keen to point out that the “Totem’s hand tracking and inside-out positional tracking empowers your workforce to manipulate virtual objects with their hands wherever they please.”

The Vrvana site is still live showing off the Totem which does have impressive specs such as 1440p low persistence OLED, 120 degree FOV, and a camera passthrough for AR. With Apple now taking control of Vrvana, the Totem is unlikely to ever appear which is a real shame. Apple could have simply made this acquisition to acquire their talent because we there is no indication of what Apple will eventually do with the tech.