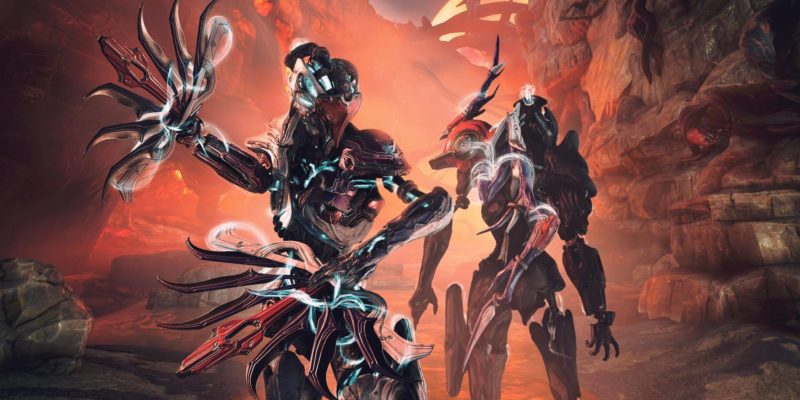 The Warframe Heart of Deimos finally arrived today, marking the beginning of the next chapter for the popular game. Travel to Mars’ hidden moon in the new expansion and witness an open-world full of alien content. It looks like a wild place to tame, and there’s plenty of new ways to go about doing it. Discover Xaku and infuse your Warframe with new powers, and work with the mysterious Entrati to defeat a twisted evil. An Infested army seeks to spread its reach into the Heart of Deimos. Naturally, it’s up to you to stop it.

You’re best bet is to link up with the Entrati family, which are ancient Orokin that have been integrated into the Infestation that spreads across Deimos. Following the Mother, you will seek to learn the mystery behind the plague. It’s a lot to take in, but should provide an immersive and unique new experience for all players.

As you explore the moon of Deimos, you will come across the various Infected enemies, new collectible items, the recoverable remains of the powerful Xaku class, and some cool vehicles to ride. One particularly badass unit is the Necramech, which is a pilotable heavy mech with unique abilities. There are also bizarre types of wildlife that players can surf on like K-Drives to speed up exploring or provide more mobility during battle.

The heart of the community

Speaking more on the Xaku, it offers players a chance to experience powerful new abilities. The Warframe profile wields the power of the Void, which passively grants a 25% chance of evading projectiles, buffing Weapons and stealing enemy firepower. Another thing that makes this Warframe special is that it was fully designed by the community. Digital Extremes loved it so much, it made the Xaku official. The Xaku profile even has its own introductory trailer, so check it out. 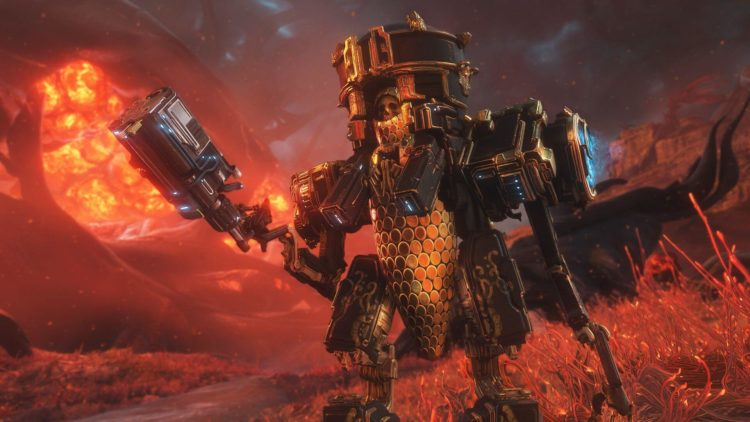 The Necramech has a flamethrower and looks like a reaper automaton. Enough said.

The Helminthe is another new addition to the game. Yes, the one that is responsible for all of the life-sustaining systems aboard your Orbiter. Now you can feed it and unlock new potentials for your Warframes, from brand-new Abilities to swapping existing Warframe Abilities. You must sacrifice old Warframes to reassign their abilities to others though. There are apparently 44 possible Infused Abilities to acquire by using the Helminth. Just think your decisions through first though, because some are permanent. 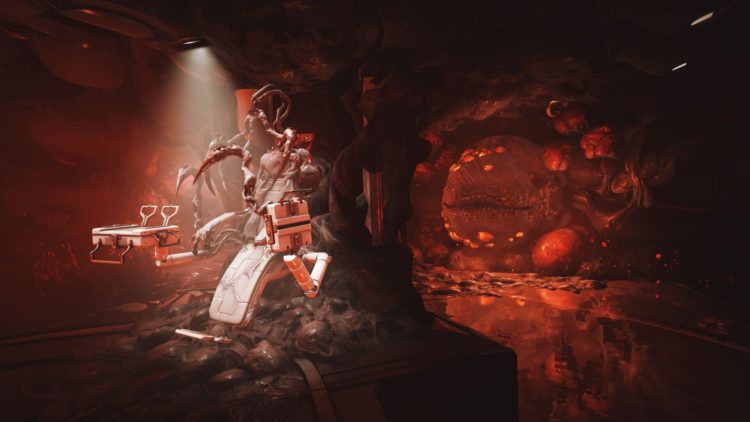 Feed the Helminthe and reap its unique rewards, like Warframe perk infusions.

There are also all kinds of unique weapons and armors available in the in-game store. Some of which are even themed after the Entrati.

You can access the Warframe Heart of Deimos expansion by completing the Mars Junction on your path through the Star Chart. For more information on the making of the expansion, consider reading our interview with Digital Extremes. To learn what else arrived today in the expansion, check out the full release blog. Warframe first launched in 2013 and is free to play. You can check it out via Steam, and now seems like a great time to do so. New players and veterans alike can experience a remastered beginning to the game.